ZMG Cohencor: Production of chives in Africa has potential

ZMG Cohencor: Production of chives in Africa has potential

The production of chives, a commonly used herb, has the potential to be a lucrative business opportunity for entrepreneurs and governments in Africa. So says ZMG Cohencor on chives! 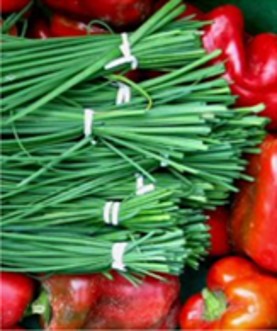 There is a significant demand for chives in the European market. “Since about 2002, demand for chives in Europe has grown by between 4% and 6% annually. If you look at the entire basket of herbs – which includes parsley, basil, rocket, coriander, etc – chives is by far the most in-demand,” notes Cohen.

According to Cohen, a viable chives project requires at least 4 hectares of greenhouse tunnels, which has the capacity to produce 180-200 tonnes of chives per season. Each tunnel is normally 850 sqm but one can use smaller tunnels. Export contracts are negotiated with the agents and the price is normally fixed for that period.

The growing season for chives is 7 to 8 months, depending on the climatic conditions, after which it can be rotated with other crops, providing farmers with additional income.

The production of chives is especially viable in West Africa, due to the region’s proximity to the European market.
ZMG Cohencor is ready to partner with governments and business people on the continent in establishing turnkey herbs (chives) and vegetable projects.

In addition to chives, ZMG Cohencor, founded in 1990, is also involved in numerous other turnkey agricultural projects in Africa. The company is focusing specifically on the following countries: Angola, Ghana, Cameroon, Nigeria, Equatorial Guinea, Gabon, Mozambique, Uganda, Rwanda, Tanzania, Kenya, Zimbabwe, Zambia and DRC.
“Usually a government or private client would contact us to develop an area of land. We would then visit the site and assess the opportunities. Back in South Africa, we would design the project and put together a detailed quote. If the client approves the quote, we would go up and deliver the project,” explains Cohen.

“We develop projects from scratch. If there is nothing there, we can provide the infrastructure, modular housing, irrigation, reservoirs, earth dams, etc.”

He adds that ZMG Cohencor would usually stay involved until a project can stand on its own feet, and if needed, the company would provide a manager.

The company also specialises in value-adding. “Let’s say someone is growing tomatoes and wants to boost his income. We can set-up a small facility to produce tomato paste, for example. As long as the finance is available.”
ZMG Cohencor’s alliance with various logistics operators gives it access to a network of partnerships and representative agencies in various African countries, thereby allowing it to offer a complete logistics service (air, sea and road where applicable) as part of the package.