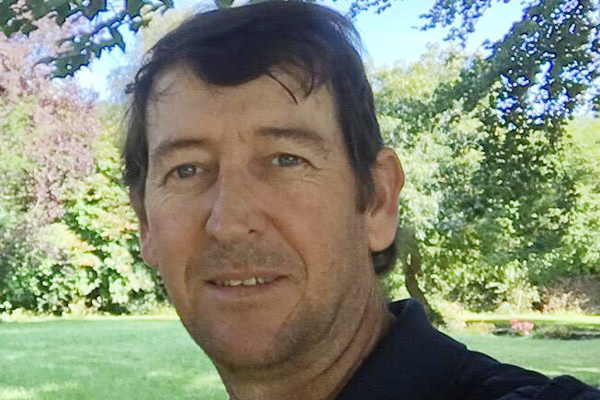 KENT Yeatman, a farmer based in the drought-prone Binga district in Matabeleland North, believes he has finally struck the right chord by venturing into castor bean production.

Over the years, Yeatman tried growing sugar cane, tobacco, coffee, citrus fruits and vegetables, but all that failed to give him the desired results due to unfavourable climatic conditions in the province as well as low prices, among other factors.

He even tried guided photographic safaris, but with little success.

However with the introduction of castor bean farming, Yeatman believes he has found the right footing.

“We started growing castor bean last year in August. We were looking for something to do and heard about castor bean farming through a friend,” Yeatman told the Standardbusiness. 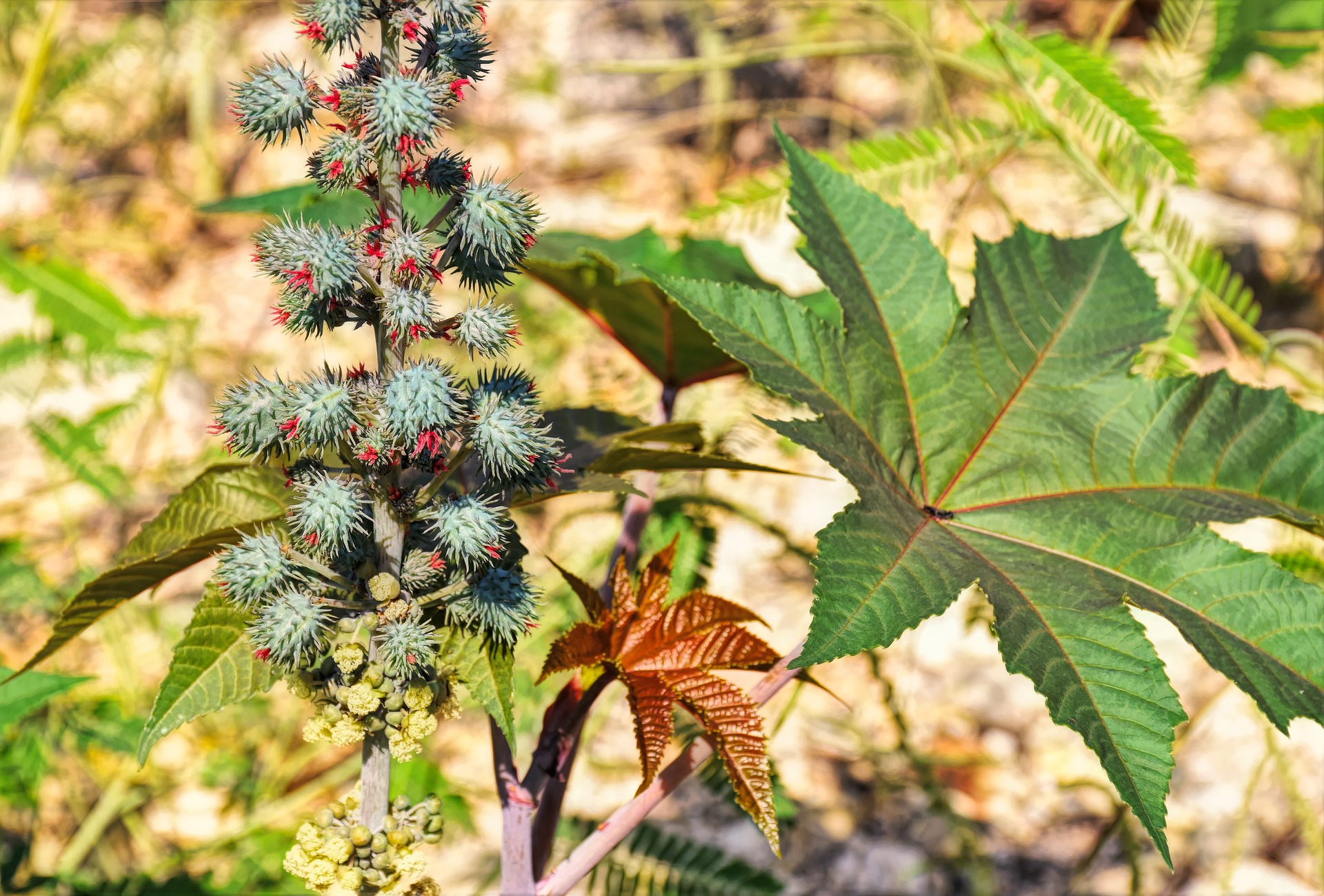 Castor oil plant, according to agronomist Anesu Mapisa, is an important oil crop that has been widely accepted as an agricultural solution for tropical and sub-tropical regions, addressing the need for commercial crops with low input costs and viable returns.

The plant is easy to establish on the field, drought-resistant, tolerates different soil types, even marginal soil, and yields 350 to 900kg oil per hectare.

In recent years, demand for castor oil has kept increasing on the international market, assured by more than 700 uses, ranging from medicine and cosmetics to bio-diesel, plastics and lubricants, says Mapisa.

The oil is critical to many industrial applications compared with other vegetable oils because of its unique ability to withstand high and low temperatures.

“We have only got two hectares this year as the crop was unknown to us and we had some water issues. After planting we went three months with no water, but the crop survived,” Yeatman said.

Mlibizi is about 90km from Binga centre.

Yeatman said the crop was easy to grow and needed low inputs.

“Livestock, wild animals, including birds, don’t eat it. It’s benefiting us financially and has kept us going. We are not making huge sums of money at the moment, but we believe castor is the crop of the future for us and many Zimbabweans as it is an excellent export crop which will bring in foreign currency into Zimbabwe, which is what we need,” he said.

With the huge benefits which he foresees, Yeatman is looking at expanding to another 25 hectares.

“My focus is now on castor. Farming for the future has to involve communities. The benefits have to be seen from the ground up. That’s why we’re focusing on castor,” Yeatman, a qualified professional hunter and guide, said. 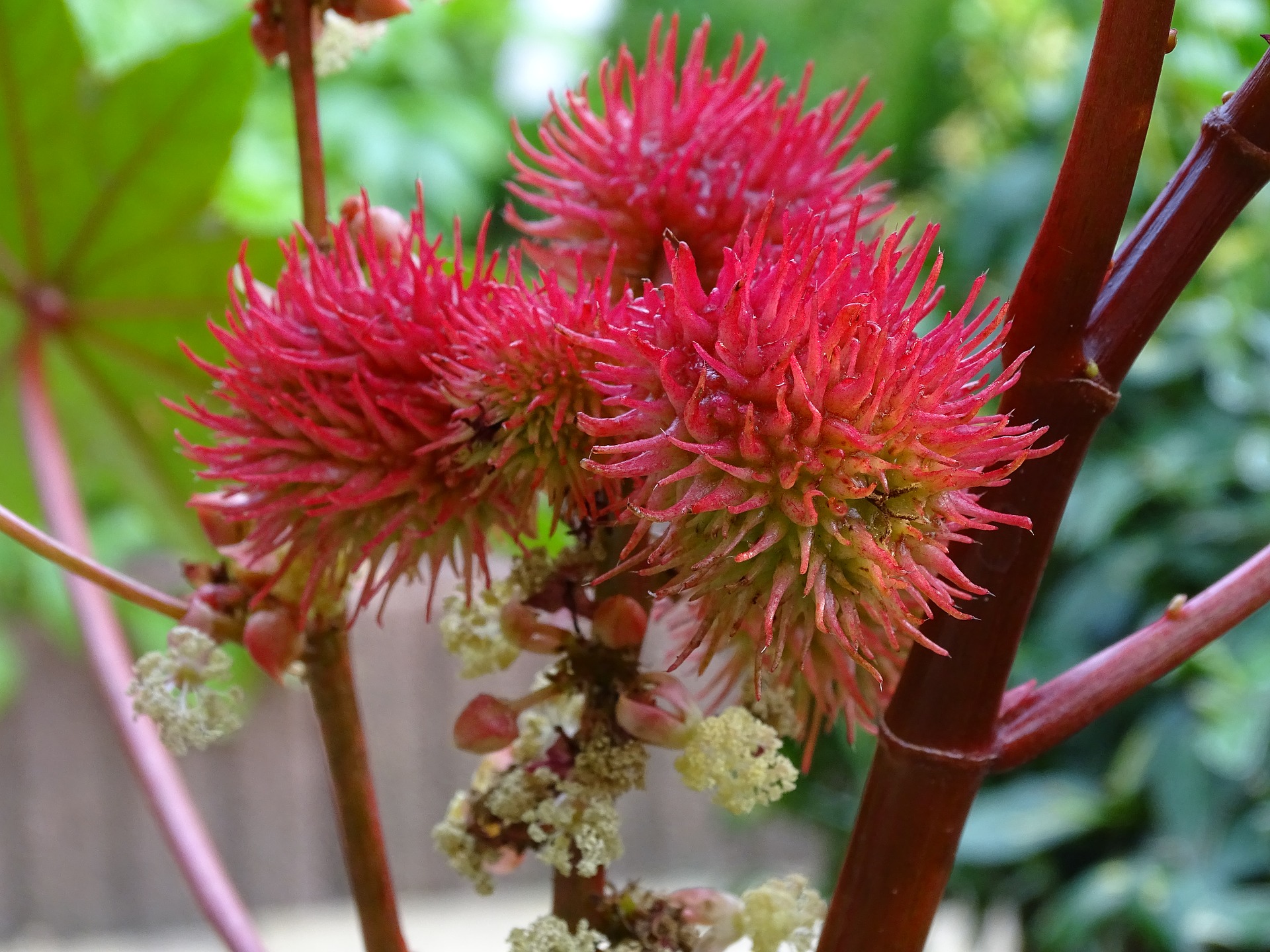 Another farmer, Innocent Usai, who is also one of the castor farming pioneers in Zimbabwe, described the crop as a “wonder”.

“In fact, I call it the wonder plant both in its remuneration properties and its diverse uses. I started in 2018. I’m one of the pioneers and I’m doing seed propagation,” Usai said.

Usai is doing his farming in Mvurwi, Mashonaland Central.

“Of the many crops that are grown or that I’ve known, castor has proved to be the least demanding both in terms of inputs and labour but arguably with the highest returns. It also requires very little rainfall and is suitable to any of the different climatic conditions in Zimbabwe except where frosty conditions prevail, maybe Nyanga only,” he said.

“It has been life-transforming. I am able to plan ahead without fear. I now have a bank in castor to finance other projects.”

On a good harvest, say, three tons propagation, Usai should pocket US$24 000.

“Propagation pays. For instance, three tonnes can give you US$8 per kg. However, this is exclusive to those that are doing seed farming, the rest of the people get US$1 per kg which is US$1 000 per tonne,” he says.

Women have taken up the “wonder” crop, too. 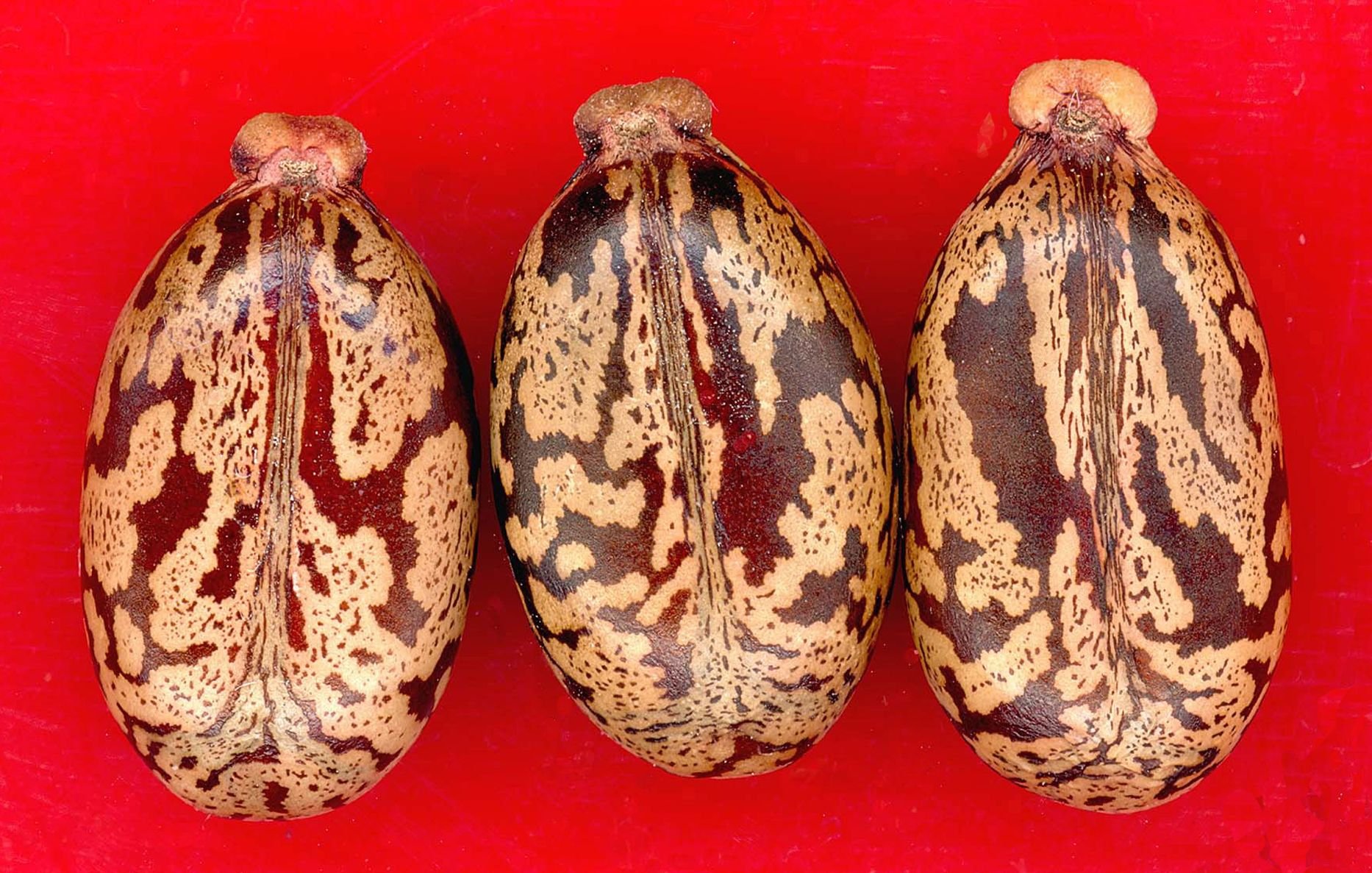 Mitchel Dari, who practices her farming in Chikomba district in Chivhu, says the crop has transformed her life to the extent that even her father wants to dump other crops for it.

She urged new farmers to dedicate their time to castor to avoid losses.

“It can be an old irrigation technique that we use like flooding. Castor doesn’t need more water like rapoko, but it does need it. You need to read a lot.”

Dari said besides practical experience, farmers needed to get a lot of expert advice for good grades.

Mapisa described castor as ideal for agricultural revenue-generating which has the potential to become the premier vegetable oil plant across the globe, creating thousands of jobs for African youths and women.

He said the potential of Africa joining the castor market was very bright.

“The most important task is to sensitise Africans on the unique opportunities this crop presents. Investing in castor seed production, marketing and oil- processing business are feasible agribusiness in Africa,” Mapisa said.

“It could help lift millions of people out of extreme poverty, create jobs, and boost the economy of the African continent.”

Commercialisation of castor has the potential to create over 500 000 jobs across the value chain, in the process reducing Zimbabwe’s import bill for fuel, pharmaceuticals, lubricants and paint.

The production of castor bean can earn the country up to US$7 billion in foreign exchange annually.

Life Brand Agricultural Services (LBAS) has come up with the diaspora project in a bid to harness the much-needed foreign currency into the country.

Under the facility, LBAS receives the investment from the diaspora upon which the firm undertakes to grow the crop, harvest and then uptake. The investor then gets a dividend from their investment every quarter with the return on investment being over 200%.

That is how lucrative the castor bean project is.

“As a firm, we also believe castor beans are attractive in the sense that one harvests thrice a year for up to five years, making the investment worthwhile. We have had remarkable interest from the diaspora community in terms of uptake of the castor bean outgrower scheme,” he said.

He said Life Brand had so far distributed 10 300 hectares of inputs under dry planting and under this facility the farmer would grow the castor beans using rain-fed agriculture.

Meza said the crop can grow well in the Matabeleland region as it is drought-resistant.

“Currently, we have farmers in Binga who have already started harvesting the crop. Apart from Matabeleland, we have seen the crop do well in other hot areas such as Mount Darwin, Mudzi, Chiredzi as well as Gokwe,” he said.

Zimbabwe can benefit from the castor industry if proper support is given to rural peasant farmers and the marginalised in order to create a huge base of feedstock for industry.

The country can even cut down on imports since there will be critical inputs to the pharmaceutical, automotive and chemical engineering sectors.

“If I was able to, I’d put in a thousand hectares of castor. Community benefits are endless with growing castor. Low inputs, easy to grow and it will increase the earning power of communities where they haven’t had the real chance before,” Yeatman said. 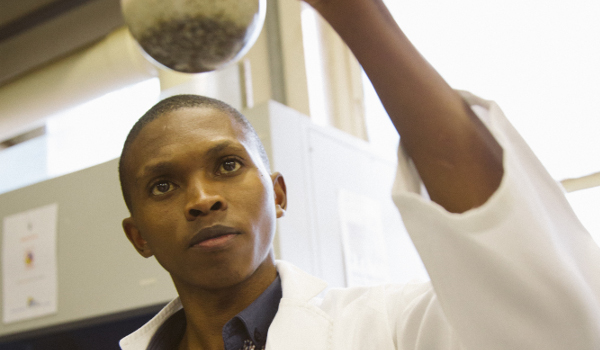 In 2012, Soweto-born Thabang Mabapa was helping to clean up a local community church when he stumbled upon curious-looking twigs in the garden. He was intrigued by their thorny dried pods, and decided to take them home.

Castor Oil: Part 1- How to Grow and Harvest Beans From Castor Oil Plant 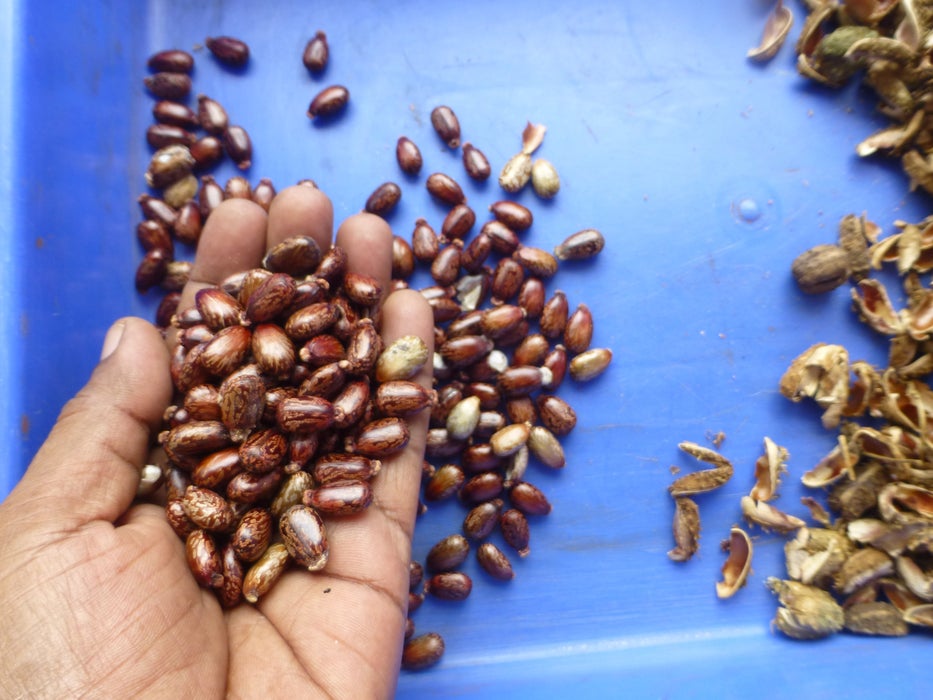 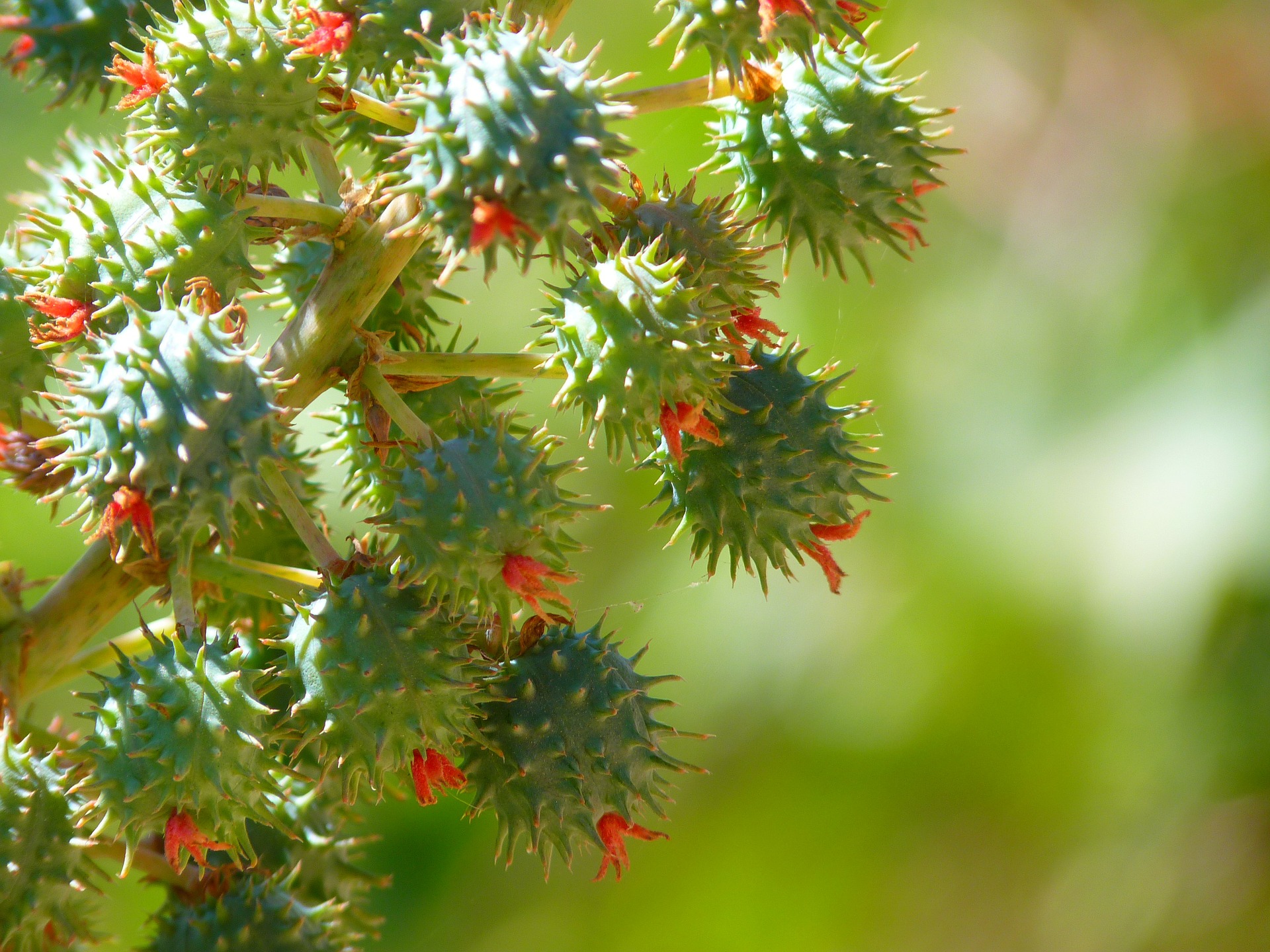 Do you want to start a castor farm and need to write a plan? If YES, this article gives a sample of a castor farming business plan template & FREE feasibility report. It is no news that castor bean popularity can be said to be associated with the healthy benefits that comes with using castor oil. Little wonder that the market for castor oil have continued to be on the increase. Castor oil can be used as an irritant/simulative laxative among many other uses.  Read more..