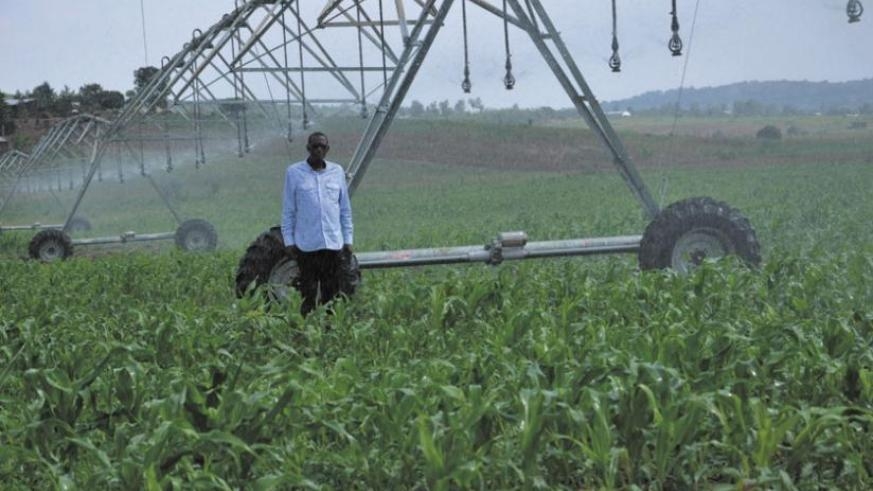 On a semi-arid 10 hectares in Kiramuruzi Sector in Gatsibo District, women and men are harvesting healthy onions and cabbages. For them, it is the first time they harvest such yields during Agricultural season C that usually face drought.

The vegetable farmers from semi-arid districts of Eastern province have doubled agricultural produce under Agricultural season C thanks to $1.5 million climate resilience investments.

Season C, which starts in June to August, often hurts farmers due to lack of irrigation facilities.

Jean Nepomuscene Gasana, the president of Farmers cooperative –Abajuje-Akabuga of 28 members that till 10 hectares in Kiramuruzi Sector of Gatsibo District, said that they started as a saving association before forming a cooperative to embrace modern farming.

“We used to suffer from drought effects as farmers despite being nearby lake because we had no irrigation facilities. We never got good harvest during Season C that is always dry. We used to exploit only two seasons per year,” he said.

The development follows the installation of a solar-powered irrigation by Rwanda Agricultural and Animal Resources Development Board (RAB) and Hinga Weze-USAID funded project, the cooperative got good yields of cabbages, onions and tomatoes in the concluded agricultural season C.

Gasana said that the cooperative grew vegetables on two hectares from which they have to get Rwf1.5 million.

“This is huge profit and if we grow all 10 hectares, it can be huge. We didn’t till all hectares because irrigation had not been expanded to all sites,” he said.

He said that at least three members who planted maize on two hectares harvested 6.4 tonnes .

“Before we got irrigation facility, only 800 kilogrammes could be harvested from the same size of land,” he noted.

Solange Mukanziza, a member of the cooperative said that growing vegetables has solved food insecurity in the families.

Miliam Nyiranshuti, another farmer said that exploiting all three agricultural seasons will boost their income.

The Gatsibo-based cooperative farmers are part of over 1,200 farmers in four arid Eastern districts of Ngoma, Bugesera, Kayonza and Gatsibo with Rwf1.5 million solar-powered sites to irrigate 300 hectares and construct 2,000 hectares of terraces in districts that face drought.

However, Rwanda needs to invest $285 million up to 2030 in the use of solar water pumping systems for irrigation within agricultural production to replace diesel pumps, replace fossil fuel use.

This will reduce gas emissions that cause climate change and thus improve food security.