The Medical and Economic Potential of Indigenous Plants

The Medical and Economic Potential of Indigenous Plants

I remember when I was a child growing up in Lobatse. I would pick berries off mulberry trees in Boswelatlou. This memory gives rise questions: Where have all the mulberry trees gone? How can they work sustainably and economically for Botswana? What can be done to protect them? A topical example: The Prime Minister of Madagascar has recently been at the centre of global controversy for Madagascar’s “cure” to the corona virus. The “cure” uses traditional herbs in the form of a herbal tea. Madagascar has not disclosed all the ingredients of the remedy due to it being intellectual property, but the key ingredient is called Artemisia annua, similar to African wormwood. Artemisia afra is also found in Botswana, where it is known as lengana. Many people have dismissed Madagascar’s lengana-based tea remedy out of hand without taking it seriously. Far too many of us in fact may have taken such a position. But should this truly be our stance? Many indigenous plants have treating abilities to make one feel better. Many traditional healers have long held such knowledge. They don’t always cure, nor do I know if Madagascar’s remedy is a cure, but indigenous plants may treat symptoms to illness and financially improve livelihoods. 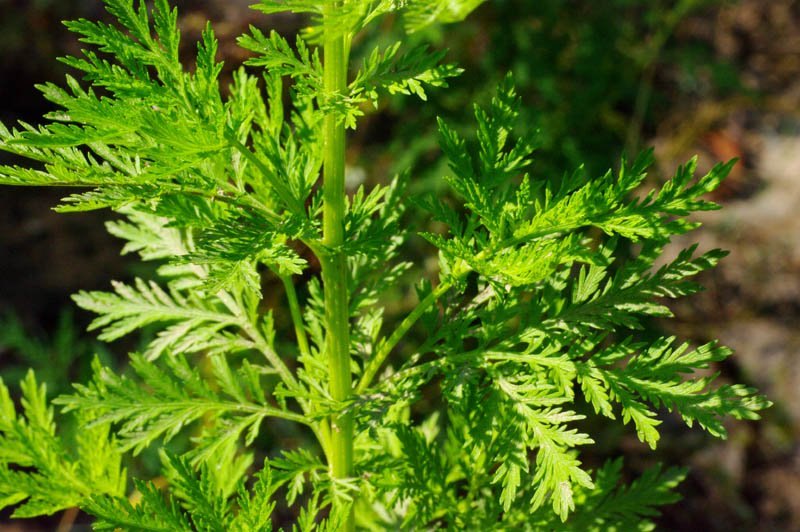 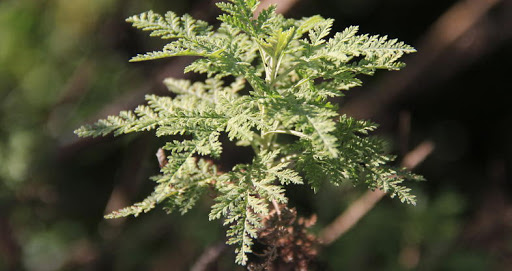 I was talking to one of my neighbours and she told me of how her grandmother would drink lengana for flu, asthma, sinus problems and malaria. In fact, extracts of Artemisia have been used in the malaria vaccine Artemisinin. Researchers in Germany and Denmark are working with an American company called Artemilife, researching the potential benefit of lengana on COVID-19 right now. The Max Planck Institute is testing extracts of Artemisia and may have some preliminary results as early as June.

Peter Seeberger of the Institute believes that Madagascar could benefit if Artemisia extracts prove effective in the Max Planck study and subsequent clinical tests. According to Mr Seeberger, “Already today, around ten percent of the artemisinin requirement for malaria drugs is produced in Madagascar.” It therefore goes to show that it may be attractive for Botswana to produce and sell more of the lengana extract ourselves locally. It is not as if lengana is the only economically viable avenue in the indigenous and natural health space either. There are many in the natural and indigenous space blazing a trial on the road less taken in the country. One such example is Secret Kalahari, founded by Mr Johannes Visagie. Secret Kalahari was born from his personal health journey. It started when he could not find relief for his heart condition. He took donkey’s milk to alleviate his symptoms. Secret Kalahari now makes soap and supplements using the milk from Botswana’s donkeys. Matebeleng Milling makes herbal teas and powders. Their teas include a wide range of indigenous plants such as musukudu, mosukujane and sengaparile (devil’s claw). Kgalagadi devil’s claw is rich in iridroid glycoseand harpagoside for the relief of back pain, arthritis, gout, rheumatism, tendonitis and lower back pain. Local company Native Foods makes a cool refreshing mosukujane ice tea. Honey has long been known for its medical properties, and it also has antiseptic and antibacterial properties. In addition to being a sweet treat, honey may be used in chronic wound management and combating infection. Bees in Botswana are hardy and wild, and forage on a unique mix of indigenous fauna that may potentially make Botswana’s honey suitable for their own geographic indication. This could not only bode well for local companies such as Tsina Tota and aptly named Kalahari Honey, but it would also be advisable for Botswana to look into it as an opportunity to boost our natural economy as a whole.

It is not just the medical side of our natural and indigenous industry that can power our country forward into the future either. On skincare: Did you know that globally there is a fifty million dollar deficit in the marula oil market? This is an open truck lane, if supported, for companies such as DLG Naturals and Blue Pride. Nubian Seed, Shedol and White Label are local companies that use indigenous oils such as marula oil to make anything from unique fragrances to one-of-a-kind health soaps.

Did you know that marula has four to eight times the vitamin C of oranges? White Angel’s yogurts use indigenous ingredients such marula, lerotse and motoroko. They have taken the classical yogurt and turned it on its head with their indigenous touch. Maungo Craft, a company that I am a co-founder of, makes preserves such as jams, marmalades and now a hot sauce, using indigenous fruits. The company has won eleven local, regional, pan-African and international awards in less than three 3 years. Divine Morula makes delicious marula fruit juice and slushies – a truly vitamin C-packed refreshing drink. 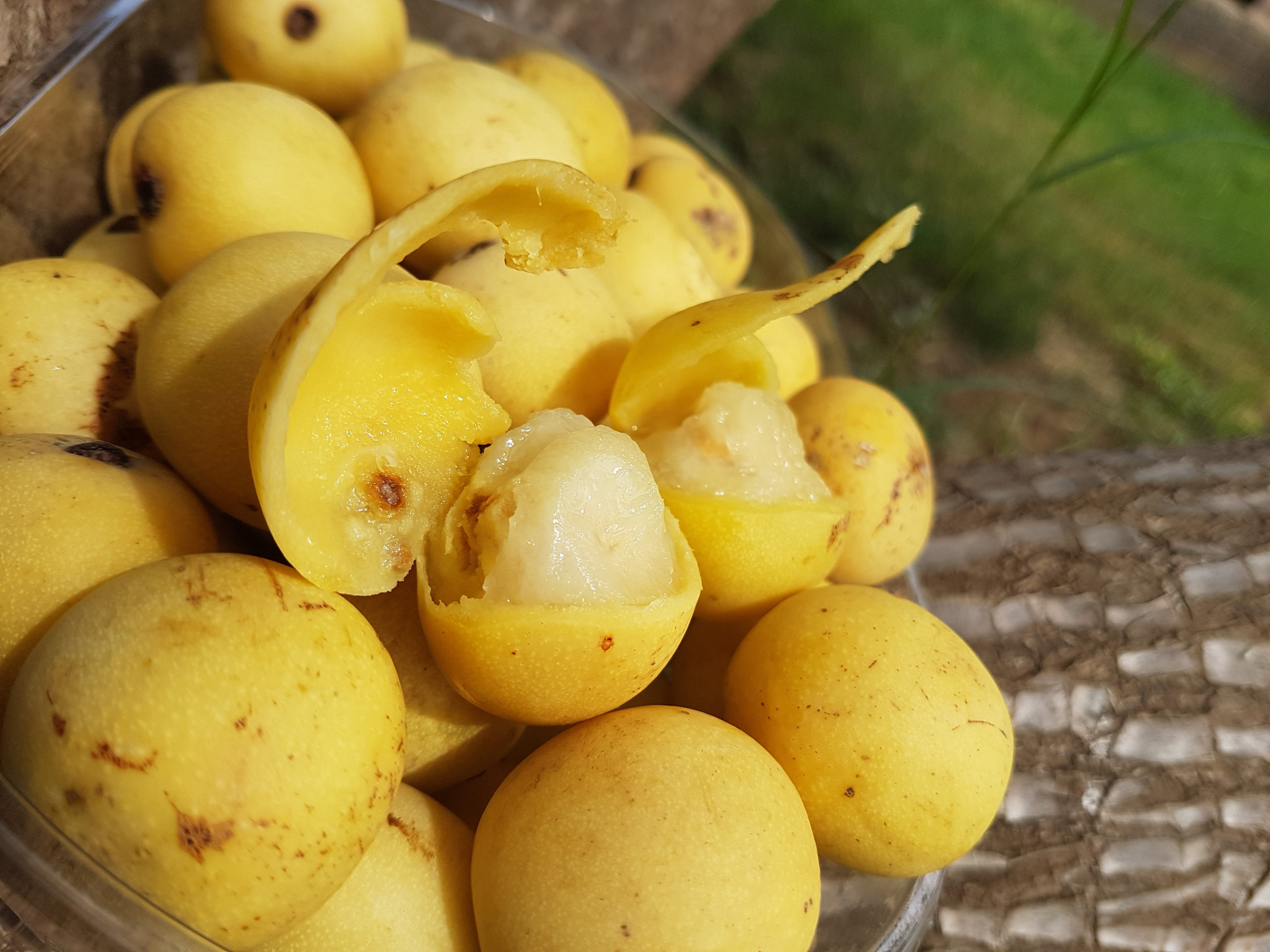 The Natural Products Association of Botswana (NPAB) is an association representing producers and parties with indigenous knowledge of the natural and indigenous products sector. We believe the natural and indigenous sector of Botswana is full of hope and potential on all levels and deserves backing. The reason why we decided to form the NPAB is because we realised that our indigenous knowledge is falling by the wayside. The NPAB believes in the future of the natural and indigenous industry and that the knowledge it represents should be nurtured and supported. This knowledge can be crucial to the economic and evidently medical wellbeing of Botswana. If we are not careful we will raise a nation of children who are disconnected from the land. Our parents and grandparents had better relationships with plants than we do and this must change. The NPAB realises that life is not a movie and we are the authors of our own script. We as Africans are the heroes that we have been waiting for.