That Mushroom Motorcycle Jacket Will Never Go Out of Style

That Mushroom Motorcycle Jacket Will Never Go Out of Style

Leather goods made of fungi are versatile and sustainable, a new study finds. Patents for fungal mats have been around since the 1950s, but never caught on, though new companies are sprouting up, touting a variety of new fungal leather products. Image by Antoni Gandia

There are traditionally two ways to make a leather jacket. One involves a cow, and takes years. Another involves synthetic fabric, and requires plastic. But there’s a third option: thick sheets of woven fungus, grown over a couple of weeks on anything from sawdust to agricultural waste.

“It feels a bit and smells a bit like mushroom, still, but it looks like a piece of old leather jacket,” said Alexander Bismarck, a materials scientist at the University of Vienna.

Over the last decade, companies in the United States, Indonesia and Korea have touted fungal leather as an ethical and environmentally sustainable replacement for both cow skin and plastic. Previously, there wasn’t much research to support their claims. But a study published by Dr. Bismarck and his colleagues last week in Nature Sustainability finds that fungal leathers stack up quite well when it comes to versatility and sustainability.

Wearing fungal leather doesn’t mean wearing a mushroom motorcycle jacket. Instead it’s made from a mat of mycelium, the underlying threadlike root networks from which fruiting bodies pop up after a rain. These mycelial mats grow easily on just about any organic material.

Beginning in the 1950s, inventors began to file patents based around fungal mats as a material for paper, wound dressings and a range of other products, but they never fully caught on, said Mitchell Jones, lead author and materials scientist from the Vienna University of Technology.

But in the last decade, companies like MycoWorks and Bolt Threads have begun manufacturing and selling fungal leather products.

With leather, you’re limited to the skin that an animal produces over its life, whereas mycelial mats can be grown to specifications,Sophia Wang, co-founder of MycoWorks 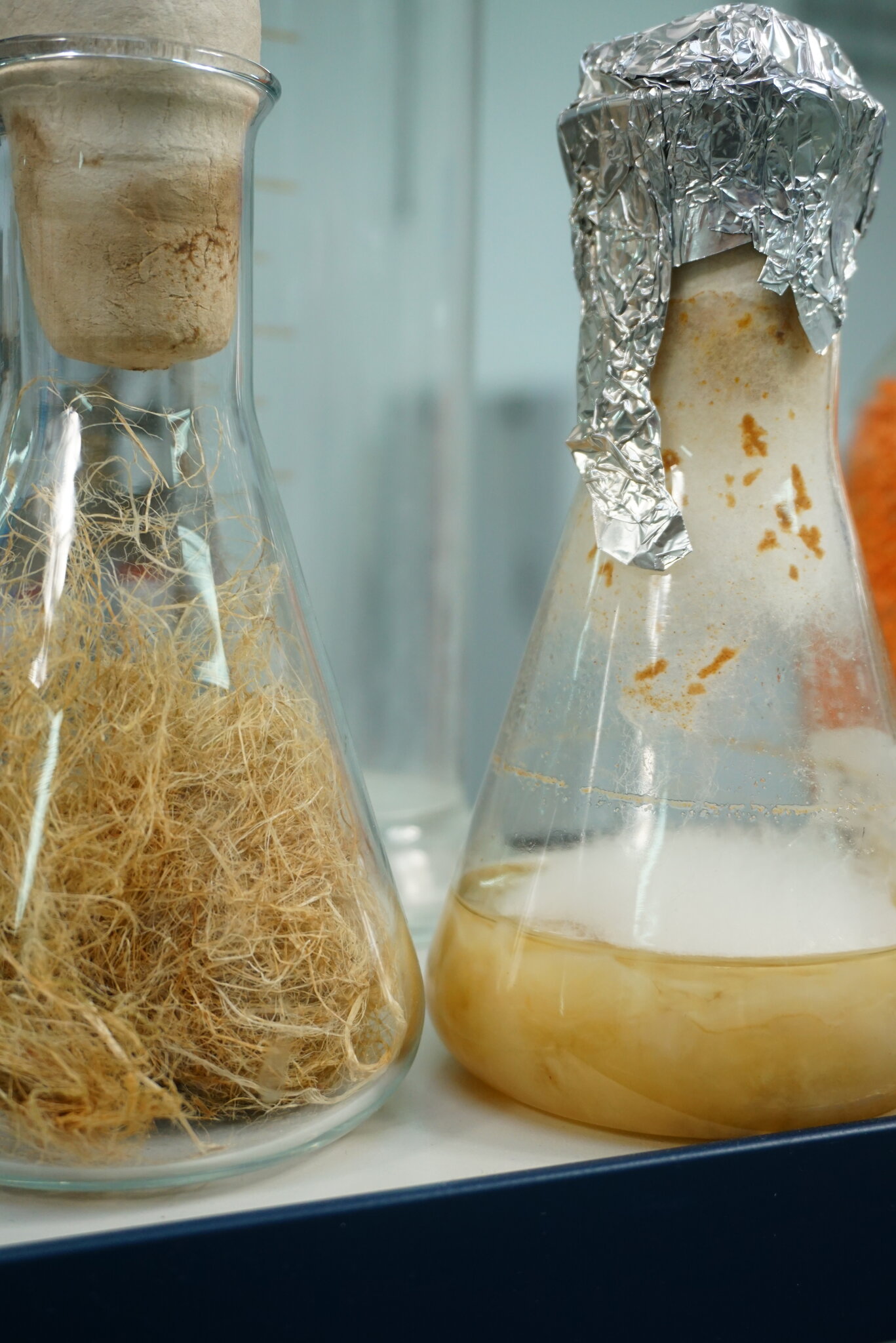 The leather is made from a mat of mycelium, the underlying threadlike root networks. Image by Antoni Gandia 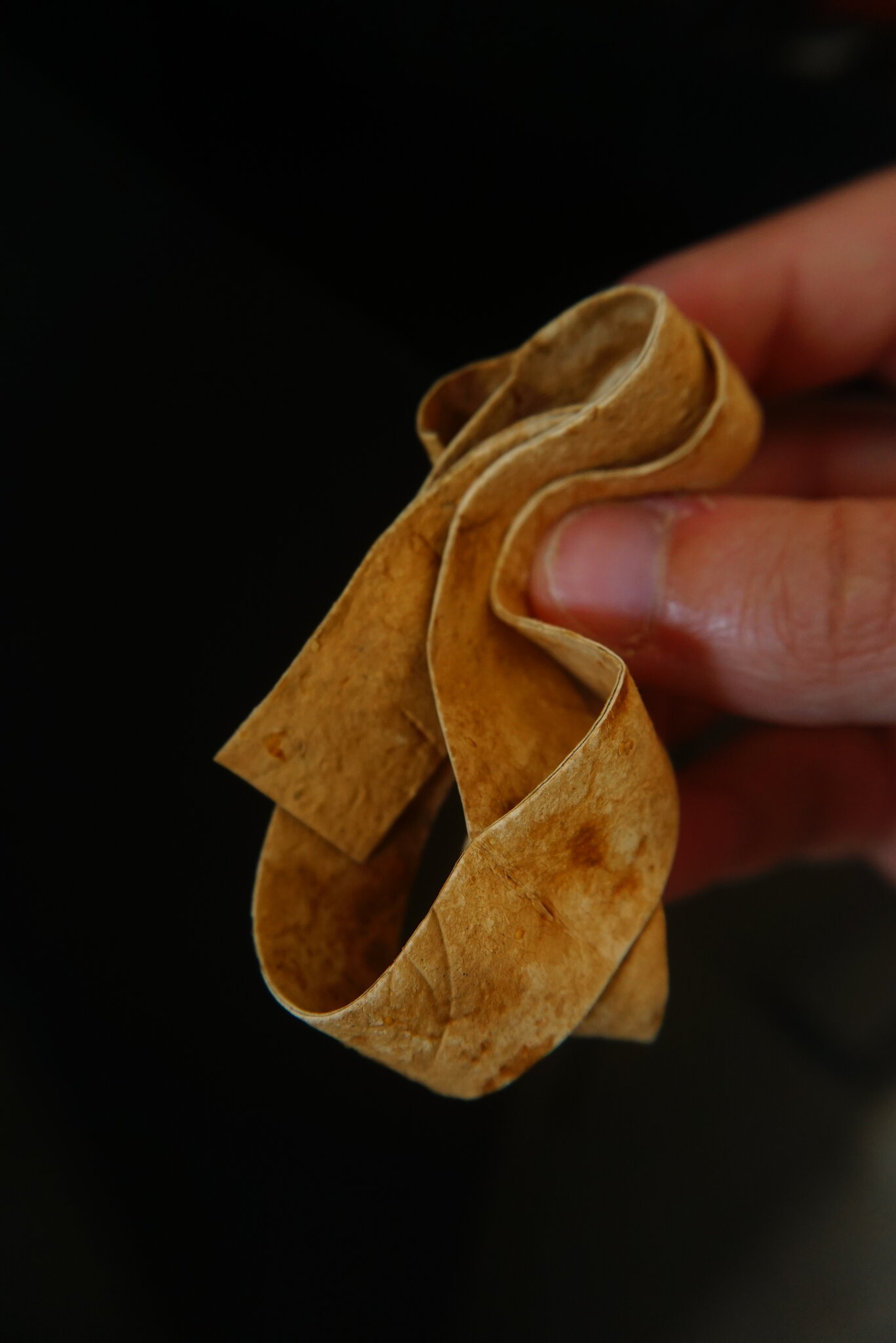 Fungi-based leather is more sustainably produced than traditional or synthetic leather, but questions remain about its long-term durability. Image by Antoni Gandia

Dr. Bismarck said the potential for custom materials is huge because different kinds of fungus have different properties, such as toughness and water resistance, and there are potentially millions of species to choose from.

Fungal leather is also potentially more sustainable than other leather sources. The tanning process is energy intensive and produces quite a bit of sludge waste — and the production of synthetic leather requires plastic, which involves oil. “You’re getting a biological organism to do all of your manufacturing for you, so there’s no real energy requirement,” Dr. Jones said.

“It doesn’t require light. And once you’ve got this material, you can process it according to quite simple chemical treatments compared to what you would normally do for leather tanning.”

But while fungal leather did quite well in the team’s durability tests, there are still some questions about its long-term toughness.

“Initial industry results indicate the durability is quite good compared to animal leather,” Dr. Jones said, “but some of the industry are cheating a bit because they incorporate a felted polyester and make it into a composite leather.”

The fungal leather industry is still in its infancy, and is largely producing proofs of concept for the luxury market: prototypes of Bolt Thread’s fungal leather handbag sold for about $400 when they were available, a similar price to a good-quality leather bag.

But Dr. Jones believes that the costs are likely to drop as the industry grows. “There’s already massive mushroom cultivation industries that are producing all kinds of mushrooms for the culinary market. The technology to mass produce mushrooms is already there.”

Fungal leather products might soon pop up everywhere, like mushrooms after a rain. The question is whether consumers will feel the magic. After all, if you regret those fungal leather pants you buy in the future, can you just throw them out in the yard and let them become compost?

“That’s all not yet been explored,” Dr. Bismarck said.