DAR ES SALAAM, December 3, 2019 – Recent signs of transformation in Tanzania’s agricultural sector offer encouraging opportunities for acceleration of growth, job creation and poverty reduction, if urgent steps are taken to improve the sector’s policy and regulatory environment and investments, according to a new World Bank report. 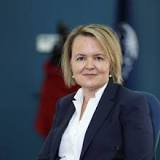 “The current trends in agriculture offer a tremendous opportunity to catalyze private investment, both local and foreign and raise the incomes of the poor,” said Bella Bird, World Bank Country Director for Tanzania. “Since agriculture already accounts for a quarter of total GDP and two-thirds of jobs, enhanced agricultural growth must be part of the strategy to create more and better jobs and alleviate poverty.”

In the recently released 13th Tanzania Economic Update, ‘Realizing the Potential of Agriculture for Inclusive Growth and Poverty Reduction,’ the authors underscore the importance of having supportive public policies and spending which crowds in more private investments needed to catalyze a nascent agriculture transformation. Signs of transformation within the study period (2008-2014) include a growing number of medium-scale farmers which has opened up opportunities for smallholder farmers through positive spillovers. These farms have created jobs for farmers through their demand for extra agricultural inputs and financial, traction rental, and, especially, transport services. 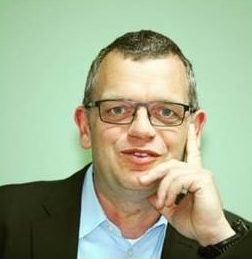 “What we are seeing, for example, is that medium-sized farms grew from 23 percent of all farm landholdings in the country in 2008 to 35 percent in 2014; and these are in the 5–20 hectare (ha) range, compared to the typical smallholding of 1–2 ha, whose numbers are decreasing,” said Holger Kray, World Bank Agriculture Practice Manager and co-author of the report. “These farmers employ, invest in technology and knowledge, and they attract commercial services that can provide a basis for agri-food-based tax revenue. And the effect of this is that small-scale farms on average improved their farming outcomes the nearer they were to medium-scale farms, providing an opportunity for more inclusive growth.”

According to the report, the presence of medium-scale farms in a district generally builds and deepens markets for agricultural inputs and outputs by enhancing local demand, which attracts suppliers. As a result, small-scale farms were more likely to use improved seed and fertilizer, cultivate a larger proportion of their landholdings, and access agricultural extension services and credit in areas where there are more medium- and large-scale farms.

The report shows that the 368,000 medium-scale farms added in Tanzania between 2008 and 2014 created 13 million days of additional work annually for hired workers, and US$225–300 million in net backward and consumer links.

The agriculture sector provides livelihoods directly to around 55 percent of the population (and three-quarters of the poor) and indirectly to a further 15 percent within related value chain functions such as traders, transporters and processors. The report emphasizes the sector’s centrality, by virtue of its size and spread, to the achievement of both higher and more inclusive overall growth, emphasizing, “this will remain so for decades to come,” and recommending several actions that the government needs to consider in order to make the most of the opportunities in the sector.

The Tanzania Economic Update series is published twice yearly, featuring two sections – one, an overview of the economy’s recent performance and outlook; and the second section focusing on a topic of strategic significance to the country’s development.

The latest update shows that economic growth prospects remain positive but dependent on the speed of reforms to improve fiscal management and the business environment for private investment and growth. The main downside risk is the continued slow realization of reforms as global conditions weaken. Over the medium term a drop in global demand for Tanzania’s exports, tighter financing conditions, higher international energy prices, and more volatile commodity