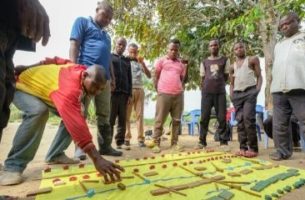 Community forestry can work, but plans in the DRC show what’s missing

Community forestry can work but plans in the DRC show what’s missing The Congo river basin spans six central African countries: Cameroon, the Central African Republic, the Democratic Republic of Congo, Gabon, Equatorial Guinea and the Republic of Congo. It is known as “Africa’s lung” because it hosts the world’s second-largest tropical forest. It covers an area of […] 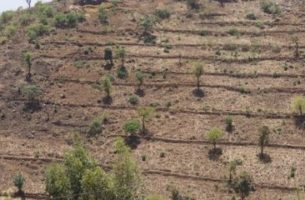 COVID-19 recovery is a chance to improve the African food system The World Food Programme has warned that the COVID-19 pandemic could cause one of the worst food crises since World War II. It predicts a doubling of the number of people going hungry – more than half of them in sub-Saharan Africa. While wealthier people stay inside and practise physical distancing, the […] 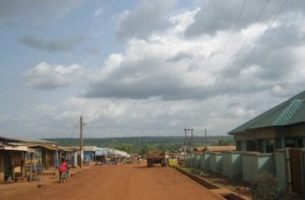 How West Africa can expand power supply and meet climate goals Not too long ago, when the idea of solar and wind energy was still hotly debated, critics used to point out the limitations of these energy sources: the sun doesn’t always shine and the wind doesn’t always blow. But nowadays many countries’ electricity grids are strongly […] 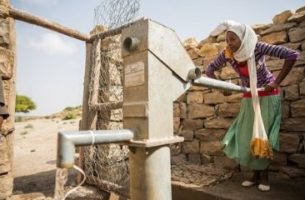 Drought programmes in Ethiopia should support communal access to groundwater

Why drought programmes in Ethiopia should support communal access to groundwater Like many countries in East Africa, Ethiopia is highly vulnerable to drought. Since 1965, Ethiopia has experienced 15 severe droughts affecting more than 65 million people and causing serious economic damage. Most recently, in 2015 and 2016, Ethiopia suffered a harsh drought which forced more than 10 million […]

Urban expansion is turning the lives of Ghanaian farmers upside down

Urban expansion is turning the lives of Ghanaian farmers upside down. The world’s urban population grew from 751 million in 1950 to 4.2 billion in 2018. Over half of the world’s current population – 55% – live in urban areas. But this is projected to reach 68% by 2050. The global share of African urban residents is projected to […]

Why “home garden” projects don’t always work. Insights from Ethiopia By Kalle Hirvonen & Derek Headey   In Ethiopia, the average person eats just 42kg of fruit and vegetables per year. This is far below the WHO recommendation of 146kg per year. Fruits and vegetables are excellent sources of vitamins and minerals, vital for our body. Deficiencies can seriously […]

Lessons on how to effectively tackle a locust invasion By Esther Ndumi Ngumbi Kenyan food production and grazing land are under threat from a huge desert locust invasion. The insects are currently in two counties in northern Kenya and are now spreading to other Kenyan regions including Meru, Laikipia, and Rift Valley. The government has […]