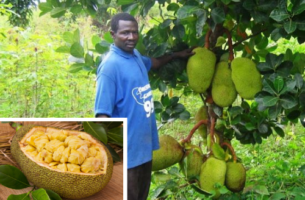 Jackfruit Goes Global: How This Superfood is Becoming the World’s Preferred Meat Alternative

Jackfruit | How It’s Grown by Madhura Mao   A large, spiky, green coloured fruit called ‘jackfruit’ has been making appearances at markets and restaurant menus around the world. In 2017, Pinterest even declared it to be the top food trend of the year. Its fans in non-native countries often get to see jackfruit in […]