“They call it a magic crop.” That was the first thing Lansana Sesay said to me when I met him at the Sierra Leone Agricultural Research Institute (SLARI) in the city of Makeni. Sesay, who is SLARI’s Research and Extension Officer, is working to reintroduce orange-fleshed sweet potatoes to small- and medium-scale farmers in Sierra Leone. “Magic” is the last word I expected to hear from him. We’re talking tubers, after all.

Helen Keller International’s Hamid Turay checks in with members of a farming collective about their progress growing their first crop of orange-fleshed sweet potatoes.

The communities where Helen Keller International works in Sierra Leone are some of the most vulnerable in a country that is among the poorest in the world. An estimated 43 per cent of the country’s population suffers from food insecurity, meaning they lack reliable access to affordable food to meet their daily needs. Most people in rural areas depend largely on what they can grow themselves to feed their families. Their diet consists of basic staple foods such as rice and cassava, which are low in essential nutrients that young children need.

It’s no surprise, then, that Sierra Leone has high rates of micronutrient deficiency. Around half of the children under the age of five lack sufficient levels of Vitamin A, which is crucial to healthy growth and development: it strengthens immune systems, reduces vulnerability to disease, and protects eye health and vision.

Orange-fleshed sweet potato (OFSP) is high in Vitamin A that Sierra Leonean children so sorely need, and is closely related to the less nutritious white-fleshed sweet potato that is already widely grown by local farmers. Because it was previously cultivated by these communities, it made sense to prioritize reintroducing this nutrient-rich crop to local farmers and markets.

When local growers switched from white- to orange-fleshed sweet potatoes with support from SLARI and Helen Keller International, they noticed that it led to larger crop yields and healthier children. In a country suffering from chronic food insecurity and widespread malnutrition, that does feel magical.

Another way that Helen Keller International addresses the problem of Vitamin A deficiency among children in parts of rural Sierra Leone is by administering twice-yearly Vitamin A supplements to children between the ages of six months and five years of age. The effort requires a huge amount of infrastructure and organization to reach all the children in need, and this does not solve the problem at its root—pun intended. Integrating essential nutrients into mothers’ and children’s diets and educating mothers about how to optimally feed infants and young children, however, is a sustainable, food-based approach that could eventually eliminate the need for micronutrient supplementation.

Sesay and Hamid Turay, who is Helen Keller International’s OFSP Program Manager in Sierra Leone, took me to a farm an hours’ drive from Makeni to show me where the magic happens, so to speak.

We were greeted by a multigenerational group of about 15 women farmers who converged around us, singing, clapping, and dancing. Sesay explained that they were welcoming me — and praising the sweet potato, which they had started to collectively farm on a three-acre patch of land just two weeks before. One of the farmers, Mariatu Kalokoh, said on behalf of her group,

“We just planted the cuttings, and they’re already blooming. Very soon, we will have enough food. We heard that sweet potatoes are good for us. They are medicinal, and that’s why we’re very happy to grow them.”

Women like Mariatu came together from three communities to participate in Helen Keller International’s program. They pooled their money and used it to feed the men in their families, whom they enlisted to construct mounds of soil across the plot. The women planted the sweet potato vines. After planting, the women returned to carefully irrigate them every two days and monitor their progress.

“We have secured this plot of land. We are waiting to harvest, and then we want to plant again using that land over there,” Mariatu said, pointing to a vast field adjoining their own. It will take time and money to expand the women’s operation, but they are determined for their enterprise to flourish right alongside their sweet potatoes. 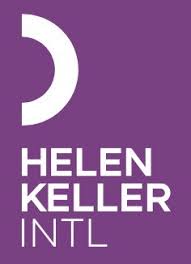 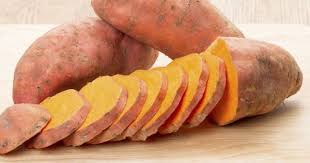 Vitamin A deficiency (VAD) is a public health problem in South Africa. A recent national survey showed that 43.6% of 1-5-year-old children and 27% of women at childbearing age suffer from VAD.

Vitamin A is important for normal vision and for an immune response (fighting infection). Vitamin A deficiency is the result of insufficient intake of foods rich in vitamin A.

Consumption of provitamin A-rich vegetables such as orange-fleshed sweet potato is a long term strategy promoted by the Agricultural Research Council (ARC) to reduce this deficiency.

Sweet potato is an excellent source of energy while containing substantial quantities of vitamin C and also contribute B vitamins and minerals such as magnesium, zinc and iron to the human diet. It provides abundant quantities of provitamin A in the form of beta-carotene. Most of the beta-carotene is retained during boiling and the efficacy of orange-fleshed sweet potato to improve the vitamin A status has been proven by the South African Medical Research Council. This crop has been used in large-scale provitamin A interventions in Mozambique and Uganda with great success.

The crop is sensitive to frost, and this affects the planting season:

Farmers can use staggered planting to lengthen the availability during the year by planting every month as from October to January in order to harvest as from February until August the following year. Sweet potatoes are established by means of cuttings; 20-30 cm long, planted with 3-4 nodes underground.

The spacing between rows can be 0,75 – 1 m with an in-row spacing of 25-30 cm. Planting on ridges is recommended since it will increase marketable yield with less damage to the sweet potatoes during harvesting. Harvest sweet potato after 4½ months (warm areas) to 5 months (moderate areas) after planting. Various products can be made such as chips, juice, doughnuts.

Cuttings are disseminated from Sweet Potato Vine Growers Association (SPVGA) growers in bags (large orders) or bundles (small orders). The ARC supplies the vine-growers with cuttings of disease-tested source, ensure effective managed of the nursery block in terms of disease and pest control in order to disseminate good quality, healthy cuttings for production.

The vine-growers are required to comply to set production standards. The nursery blocks are inspected and approved by officials of the ARC before cuttings may be disseminated. Large quantities of cuttings of new ARC cultivars can be obtained from August till April. 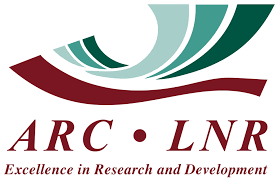