Suiderland Plase is a South African grower, packer and marketer of citrus and table grapes. In May 2021, site preparation started for Bergpak, their third packhouse and one that will specifically be used to pack various citrus cultivars. 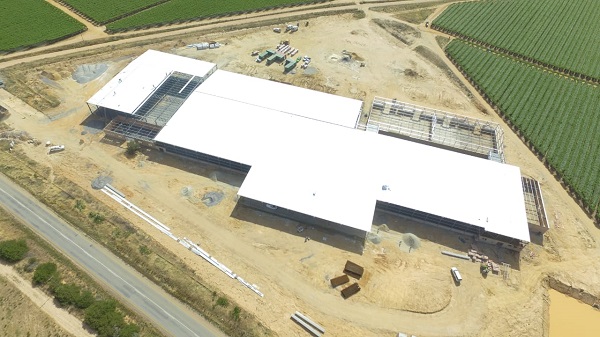 The construction process commenced under challenging conditions with Covid, shipping delays and price inflation and the opening of the packhouse a year later is an immense achievement, notes Albert Coetzee, operations manager at Suiderland Plase, headquartered in the Western Cape province.

“Bergpak will contribute to our business in various ways,” Coetzee says. “Its production capacity will gradually increase, and by the third year of production the teams will be able to pack 120,000 bins of fruit per year. The two sizers will enable us to run two varieties simultaneously. If everything runs smoothly, the fruit is clean and the sizing is good, we could eventually have the capacity for 280,000 bins in a season.” 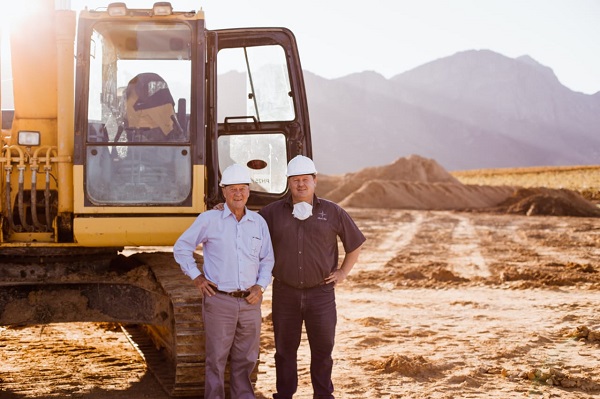 Currently, 70,000 bins of citrus are packed at Wespak during a season and another 60,000 bins at Suiderpak, the company’s pack houses at their business units near Clanwilliam and Swellendam.

During the autumn months and going into early winter, Suiderland Plase is picking and packing nules, lemons and navels. Coetzee says they’re seeing a good citrus yield, although the fruit size is smaller this season. 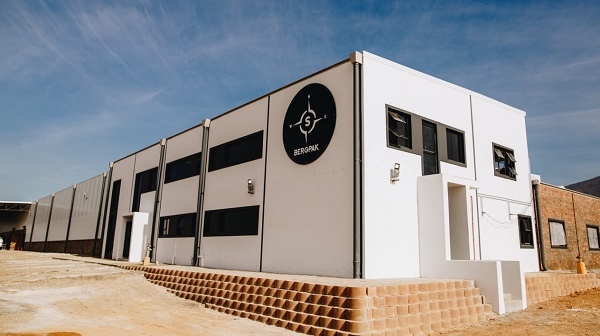 Bergpak’s cooling facilities
At any given point the cool rooms at Bergpak, which can also degreen, have space for 1,200 bins.

As Steenebrug, one of Suiderland’s table grape farms, is located close to the new packhouse, the cooling facilities employed during the table grape season over the summer months of December, January and February, are available for citrus. It has the capacity to bring 308 pallets down to 0°C to complement the existing cooling capacity.

Table grapes can also be loaded out from Bergpak. 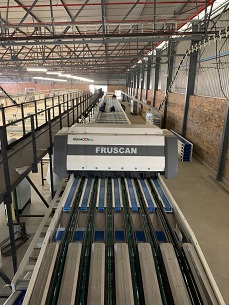 The new packhouse has two six-lane Reemoon sorters, while the other two run on different lines.

“The simplicity of the mechanics as well as the excellent camera sorting technology played a role in our decision to choose Reemoon sorters,” Coetzee says.

“The equipment is easy to maintain and to keep clean. Reemoon also has an office in Citrusdal to ensure good service levels.”

He continues: “We have a major focus on quality products, which is why we want to pack our own fruit and that of our partners ourselves.”

The company has been expanding their plantings over the last few years, primarily in soft citrus, lemons and table grapes, he says, with an increase in citrus volumes from third-party growers.

Bergpak is equipped with solar energy and a runoff dam, where used water from the packhouse is treated with enzymes to a point where it can be re-used for irrigation or released into a natural stream as clean water.