Adding value is the way forward in competitive business for Basil Williams (44). 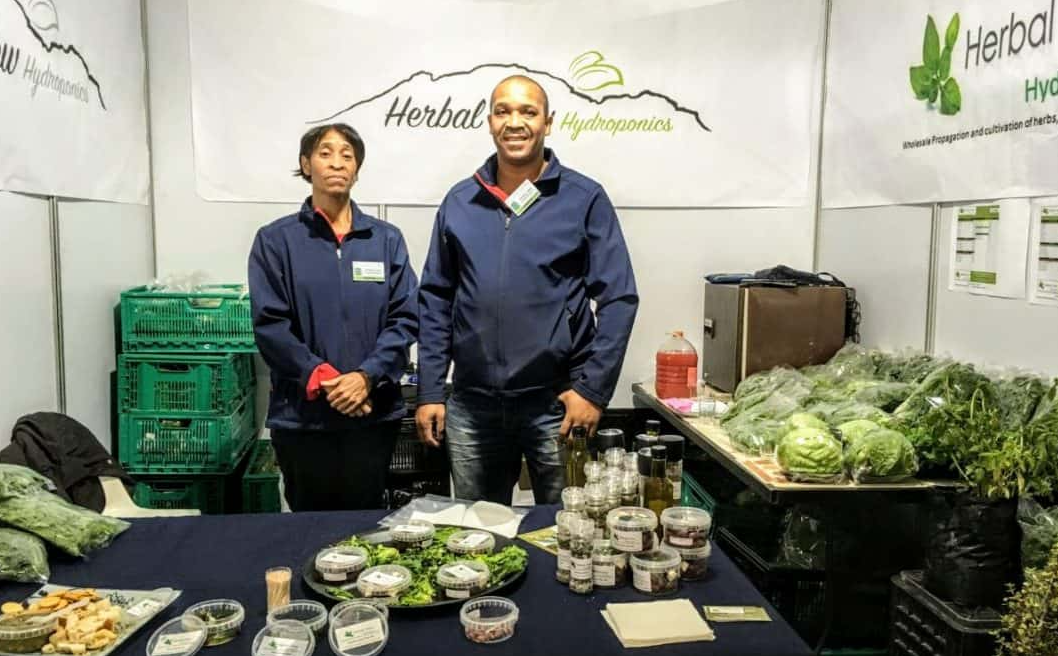 Nestled between the slopes of the Simonsberg mountain in Stellenbosch and the Haweqwa Nature Reserve next to Groenberg, you’ll find the ever busy agripreneur Basil Williams tending to his crop.

When speaking to the CEO and founder of Herbal View Hydroponics, you’d think that you’re in conversation with an energetic 25-year-old, but Williams -a passionate herb grower- turned 44 this year.

Farming pretty much runs through Williams’ veins. “I remember growing strawberries with my mother’s late brother, who was also a farmer in his own right.” He was 16 at that time and recalls it as one of his most memorable experiences as a child.

His mother, Caroline, explains that he inherited her green fingers. “From a young age Basil showed an interest in gardening and as a mother I was more than willing to teach him.”

After matriculating, Williams joined the Agricultural Research Centre (ARC) in Stellenbosch, where he worked with fynbos, the hard-leaved Mediterranean type of vegetation found only on the southern tip of Africa.

In 1998 while working at the ARC, Williams erected a small nursery in his parents’ backyard in Kylemore, Western Cape. “I worked day and night to erect the nursery,” he says passionately. 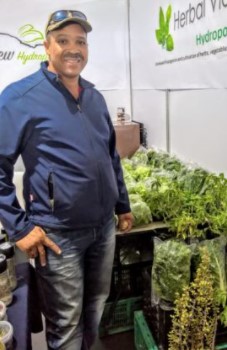 Williams recalls growing strawberries with his uncle at the age of 16 as one of his most memorable experiences as a child. Photo: Duncan Masiwa

After three days the structure was up, and he could start producing herbs and vegetables under a shade net. The crop was sold to people in his community and he even approached a few restaurants in the area.

In 2002, Williams, along with a few of his colleagues, joined an international non-government organisation called Agribusiness in Sustainable Natural Plant Products (ASNAPP). “There we supervised the South African branch and assisted local farmers and rural enterprise associations to enhance regional economic growth.”

Working with natural plant products, intensive crops and assisting farmers in growing their businesses indeed stimulated something in Williams. He now felt ready to farm on a bigger scale.

With some encouragement from his friends and loved ones, Williams started thinking bigger. In 2007 he knocked on the door of the Western Cape’s Department of Agriculture Fisheries and Forestry (DAFF) for funding. The funding was approved and Herbal View Hydroponics was expanded to another premises near Pniel, a few kilometres from Kylemore.

“We produced herbs and seedlings on demand for farmers and nurseries and some of the produce we sold directly to the public,” Williams says.

His older sister Caroline joined the company and took charge of production, while Basil searched for opportunities to grow their business. “Working with my brother is an absolute delight. We’ve always had a great relationship growing up, so being able to work with him gives me great joy,” she says.

Together, the duo was rather chuffed with what they were achieving in the sector, but then the unthinkable happened.

A strong wind damaged their structures. The plastic was ripped off the tunnels and the steel structures were bent beyond repair. “We never took into consideration the strong winds that came over the Pniel area,” Caroline explains.

The tragedy was a major setback for Herbal View, but Williams’ passion for farming would not allow him to abandon his life-long dream. Instead the financial setback propelled him further.

For as long as I can remember, I’ve wanted to work with plants, and I was too committed to stop there.

He began searching for property that was better protected from wind and set his eyes on two hectares of farmland at Donkerhoek Farm in Simondium.

Giving it another go

For a second time, after locating the land, Williams put on his forward-thinking hat and approached DAFF for funding. “We thought that he would give up on farming, but he was more determined than ever to make it work,” Basil’s mother explains.

Not only did his persistent manner pay off, but he received way more than what he had bargained for.

“With DAFF’s generous donation I could take my Hydronic Farming to the next level. I leased a portion of land at Donkerhoek, erected two tunnels, acquired a vehicle for transportation and, as they say, the rest is history.”

Williams says a great part of what they do is aimed at empowering the community, especially women. He’s actively involved in community projects and often acts as a consultant for developing farmers. 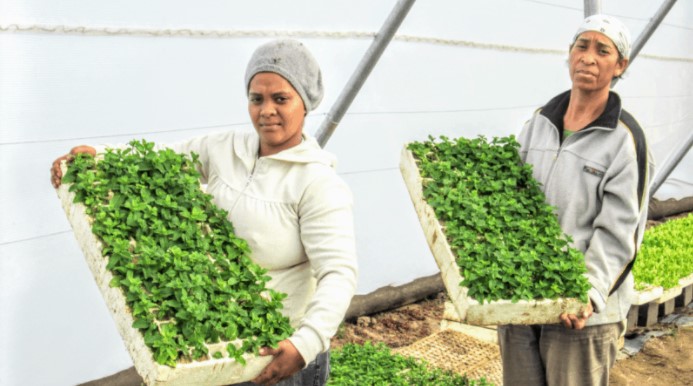 Apart from the sweet basil, coriander, rocket, baby spinach, parsley and other herbs Herbal View Hydroponics produces, they recently started processing herbs and spices to make their own pestos.

“With the deflating economy I had to think differently. I developed a diversifying strategy to add greater value to what we do,” Williams says.

Apart from being a real go-getter, Williams has never been one to sit still and twiddle his thumbs. He says, “don’t ask me to sit still, I don’t know how to do that.”

They recently also started producing dried herbs and have a range of herb and spice grinders. To top this, Williams says they have also began producing sauces. “Being a vegetable farmer today is not easy. The market is extremely competitive and as a farmer you have to be innovative to ensure that your business remains sustainable.” 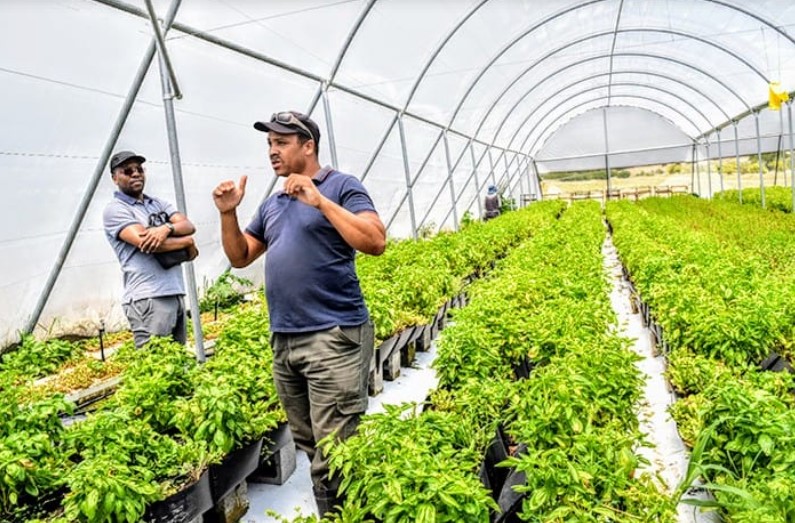 Reflecting on his agricultural journey, William declares that he now wholeheartedly believes that he is capable of doing anything. “I have learned not to think like a farmer, but like a businessman,” William says, brimming with confidence.

The driven farmer says he has a clear mental picture of his farming future. “My goal is to add value to the food industry and have an impact on communities through initiatives like female empowerment.”