Edamame Beans – Celebrity Crop for Everyone!

Edamame Beans – Celebrity Crop for Everyone!

The vegetable soybean (Edamame) is superior in protein yield per unit area to any other agricultural product and has been central to the predominantly vegetarian diet of East Asian countries for more than 5000 years. The earliest written record on this “Mu Ku” or sacred grain of China, dates back to 2838 B.C.

Edamame is considered a complete protein and contains a full complement of essential amino acids considered to be the vital ‘building blocks’ of proteins that are vital to healthy muscle and tissue, repair and growth. Protein Energy Malnutrition (PEM) affects many third world countries and is due to inadequate protein intake and edamame production and consumption is considered a practical response to this continent-wide challenge.

Research has confirmed that soybeans contribute to good health (nutrition link). Bifido bacteria in the gut is associated with longevity promoted through long-chain sugars supplied by Edamame. Isoflavones (a powerful antioxidant and anti-cancer substance), is another health benefit found in soybeans.

Everything you need to know about Edamame Beans 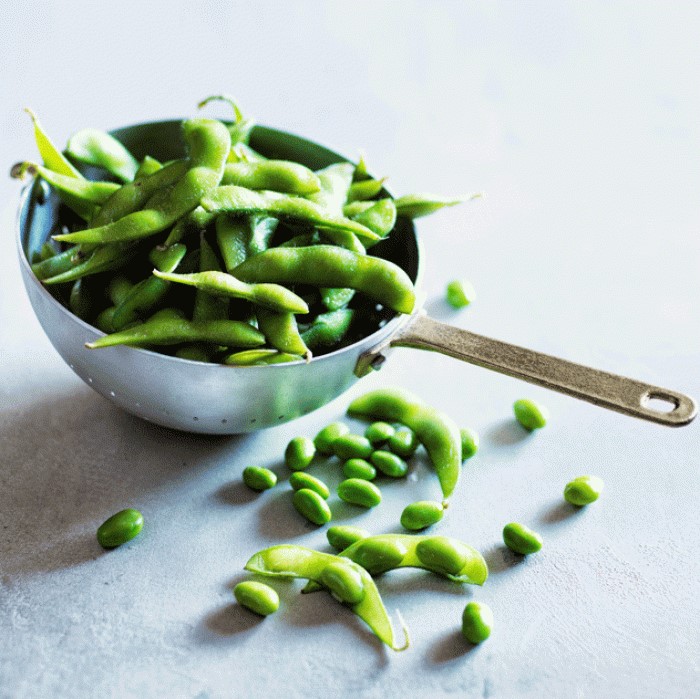 Widely eaten all around the world, soybeans come to our plates in many guises. However, the mature, ripe pods and beans can’t be consumed without processing to gain the exceptional nutritional value they hold. So, as a solution, the beans are harvested at about 80 per cent maturity, and these are the edamame you see at Japanese restaurants.

Edamame is often referred to as green soybeans – or, in China, mao dou (literally, ‘fur peas’). But while the term ‘edamame’ only appeared in the Oxford English Dictionary in 2003, the beans have been cooked and eaten as a snack food in many Asian countries for thousands of years.

Soybeans are highly nutritious, and they often become a cornerstone of plant-based diets thanks to their high protein levels – indeed, about 15 per cent of the bean is protein. They also contain all nine of the essential amino acids, and are one of the only vegetables to do so. The beans are rich in polyunsaturated oils, too, including omega-3 and omega-6 chains.

They also contain an abundance of vitamins such as K, A, and folate, and are rich in calcium, manganese and iron. They are very high in fibre as well, however not all are digestible.

Celebrity beans star as a new crop for emerging farmers 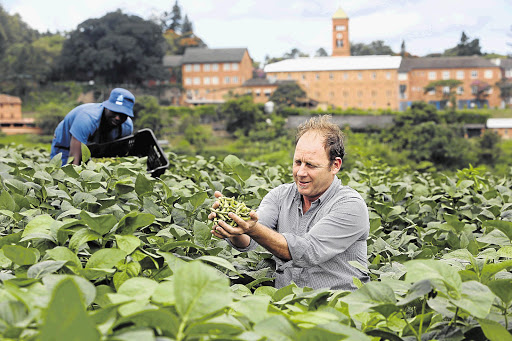 It is the new wonder crop for cash-flush A-list celebrities, even though it remains relatively unknown in South Africa. Health-obsessed former Spice Girl Victoria Beckham eats them, Oprah Winfrey endorses them, Jamie Oliver and Nigel Slater create recipes around them.

Now, edamame – the bright green beans that hail from China and are considered a superfood because they are high in protein, low in fat and packed with amino acids – are set to make a splash in South Africa as small-scale farmers plant them.

At the moment, South Africa imports edamame from Kenya and China. They are hard to spot, but can be found on the shelves in Woolworths or on the menu at upmarket restaurants like Cape Town’s Willoughby & Co.

Last month, the KwaZulu-Natal-based Edamame Development Programme – a pilot project between the nonprofit company Newlands Mashu and the eThekwini municipality – harvested its first edamame crop, which it sold to Food Lover’s Market and Oxford Fresh Markets.

A Guide to Growing and Harvesting Edamame 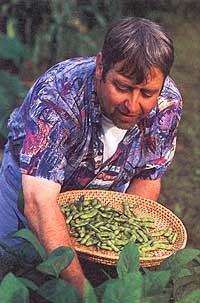 Here’s what you need to know about growing and harvesting edamame. Edamame soybeans are different varieties than the types grown as a dry field crop for making tofu, soybean oil or other soy products. Edamame varieties are harvested while they are still green, before the pods dry, much like shelling peas. I first tried edamame at a Japanese restaurant, where it was served as an appetizer in the traditional style. The beans came to our table in a large bowl, piping hot, looking exquisite in their emerald green pods. I was with two Japanese friends, who taught me the proper etiquette for eating edamame from the pod. They showed me how to hold the pod lengthways near my lips and then pinch the outer edge of the pod, pressing the beans against the inner seam to split it so the beans popped neatly into my mouth. Eating them from the shell in a common bowl is a time-honoured tradition that enhances the pleasures of social interactions with friends. You can also shell them before you serve them, or add them to stir-fry or other dishes.

Growing Edamame: How to Plant, Grow, and Care for Edamame (Soybeans) 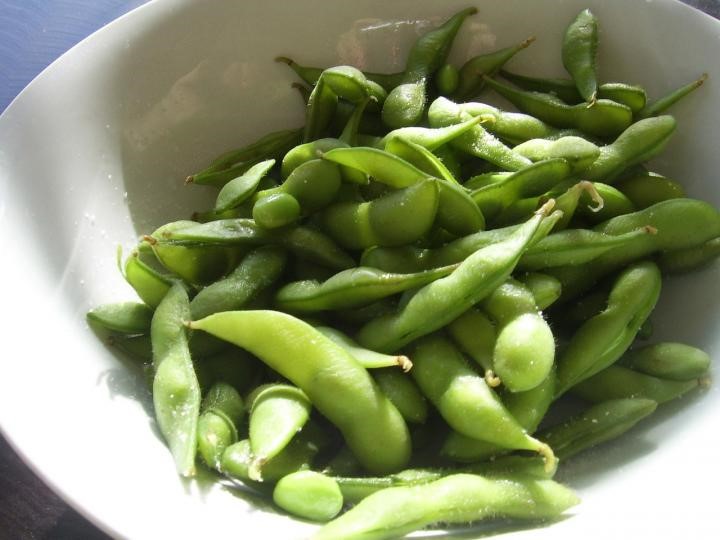 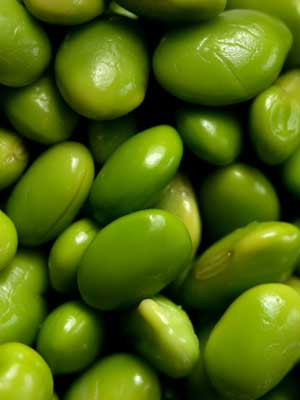 Mix an organic fertilizer into the soil before planting, using rates given on the label. Supplemental fertilizer seldom required.

Plant seeds 2 inches deep and 6 inches apart in late spring, after the last frost has passed and the soil is warm. Make additional sowings until midsummer.
Our Garden Planner can produce a personalised calendar of when to sow, plant and harvest for your area.

Gather pods when they feel well filled with seeds, but are still bright green. Most varieties produce all at once.

Japanese beetles sometimes feed on leaves. Gather them in broad containers of soapy water in the cool of the morning.

Want to find out when you can plant this in your garden? We use historical data from your local weather station to calculate the best range of planting dates for your location (see example planting calendar below).