Low start-up Capital
Compare to other livestock farming like (fish, pig, cattle, and poultry) start-up capital for snail farming is relatively low. You can start small with the little you have and expand gradually.

Environmental Friendly
Snail farming can basically be done anywhere so far the snail environment can be maintained. Unlike other livestock animals, snails don’t produce an offensive odour.

Source of Protein
Snail meat is a good source of protein, low in fat and cholesterol content.

Snails Products
A lot of snail products are now been used as raw material by various industries. Snail slime which is a slippery whitish substance produced by snails is now been used by cosmetic industries to produce creams and soap used in treating skin related diseases.
Snail shell serves as a source of calcium in livestock feeds. Snail shells are also used for artistic works and decoration.

Achatina fulica also called garden snail. It doesn’t grow big compared to some breed of snails. It usually takes longer time into maturity and it lays within 200 to 400 eggs in a clutch and can lay up to 2 to 4 times in a year.

Achatina achatina also called the giant snail or tiger land snail, because it shell have a tiger-like stripe .it has a pointed conical shell and can grow up to 30cm in body length. Achatina achatina requires higher humidity compared to other breeds of snails. It also takes a longer time to mature and can lay 200 to 500 eggs per clutch within 2 to 3 times in a year.

Achatina marginata also called the giant West African snail, this is the most common breed of snail found in Nigeria. Achatina marginata can live up to 10 years, and attain sexual maturity at 8-10 months and can lay 5 to 20 eggs per clutch within 2-3times in a year. They are fast growing breeds compared to other species.

Things to consider when setting up a snail farm

• Snail Farming Environment: Snails thrive best in areas with moderate temperature and high humidity. Snails are easily dehydrated, and wind increases the rate of moisture loose in snail which in turn, leads to the dryness of the animal. Usually, a temperature within 25C -28C is ideal for the snail pen.

• Type of Soil for Snail Farming: Snail’s major habitat is the soil, and soil contains some of the components and chemical substances that it needed to survive. However, not all soils are suitable for snail rearing. Loamy soil is the best because it contains all the required nutrients for the snail to thrive.

Snail pen varies in dimension and type depending on the farmer’s environment, financial capacity and scale of production.

Concrete Pens
They are usually made with blocks and raise above the ground with 3-4 coaches of blocks. The dimension of the pen depends on the number of snails to be stocked. There must be a small gutter at the base of the pen to prevent predators like ant.

Hutch box
This can be square or rectangular in shape, it can be inserted into the soil or allowed to stand on its own. 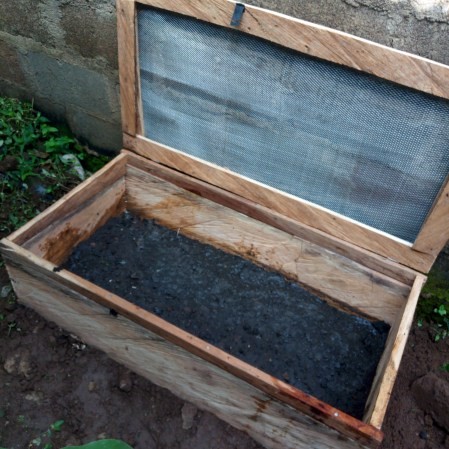 Free-range pen
This is usually used in the case of a large scale commercial production. The pen is constructed in a way that it resembles the snails’ natural environment with vegetables and shades been planted in it.

Snails are vegetarian and will feed on almost anything green. Snails prefer tender leaves and shoots. Avoid giving snails hairy leaves or plants that produce toxic substance. Recent research is snail farming has brought about the introduction of compounded feeds to snails.
Snails feed on either compounded feed, leaves, or fruits like watermelon, cocoyam, pawpaw leaves. Snails are nocturnal animals, they only eat once in a day. It is advisable to study their exact daily consumption of compounded feed in order to avoid wasting the feed. 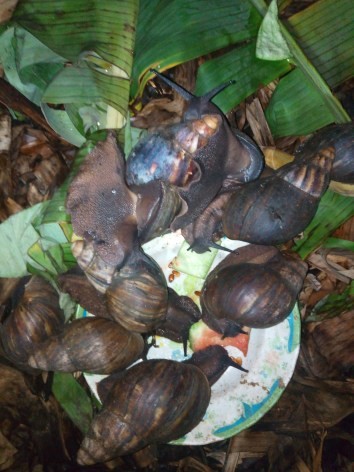 Snails can be fed compounded when the right proportion of the ingredients are known and mix together. The ingredients include the following: Soybean, maize, wheat offal, rice bran, palm kernel cake, oyster shell, bone meal etc.

Snails will start to lay eggs when they are sexually matured at 8-12 months or when their weight is between 110-125g. Snails would continue to lay eggs both in the rainy and dry seasons under domestication.
Although snails are hermaphrodites i.e. they have male and female organs, they still need to mate with each other before laying eggs.
Snails produce very fast by laying eggs in batches, usually, the eggs hatch 28-30 days after laying, depending on temperature and humidity of the pen, where the eggs are kept.

Listed below are some management practices that boost the productivity of snails:

• Snail housing must prevent predators from getting access into the pen. Major predators include the following; lizards, millipedes, soldier ant, rat etc.
• Soil treatment must be done prior to stocking and after every 6 months to avoid soil contamination and the spread of diseases.
• The humidity of the pen must be maintained always in order to aid activities like snail feeding and egg hatching
• Mulching must be done to help prevent moisture loss from the soil.
• Adequate stocking density must be maintained.
• Remove leftover feeds every morning
• Snails should be given close observation to detect any abnormalities on time
• A proper record of the daily activities should be taken.

Snail Market
Start by creating awareness among individuals beginning with your families, friends and colleagues, restaurants, hotels, eateries etc. Tell them about the nutritional value of snails as well as the economic importance. However, it is advisable that you carry out more research on your own even before you invest a dime in setting up your snail farm.

Price of Snail in Nigeria

On the average the price of a mature snail is between Naira 600-1000 per one, while Point-of-lay snails or breeders is between Naira 300 – 500 per one depending on the season, location and value addition (live or processed). 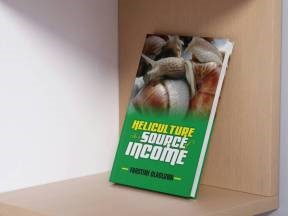 aspects, such as housing, breeding, and reproduction, nutrition, disease prevention, control and management to ensure good snail farming practice. This practical booklet focuses on all these subjects and links them to substantial profitability in snail farming.
To get the Ebook click here

Related articles from the same author:

Snail farming: making good use of a small space 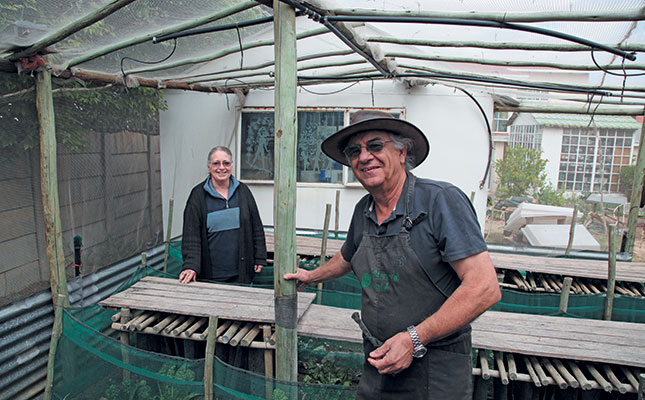 Stanley Micallef and his wife, Heather, of Benoni in Gauteng, use a temperature-controlled environment to speed up the snail-breeding process in their enterprise, Stanley’s Snails.

South Africa eyes a spot in the snail supply chain

They may not be one of Mother Nature’s most attractive or loved creatures, nor have they welcomed guests in people’s gardens. Once the bane of farmers’ existence, snails have been given a new lease on life in Thailand – thanks to an unlikely craze for skin products made from snail slime.

Snail slime: The science behind mollusks as medicine 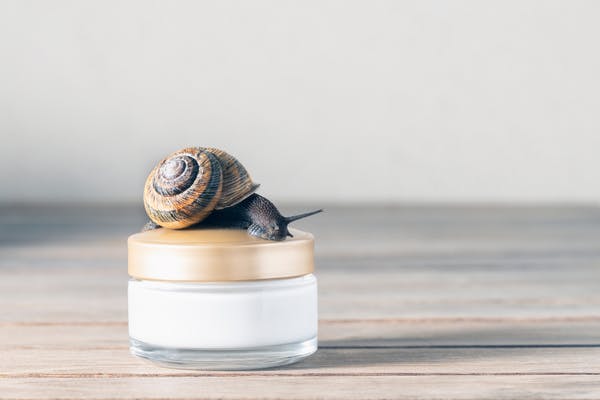 Snails are well known for their lack of speed and their ability to upset gardeners. But there is growing scientific interest in the familiar sticky trail of slime they leave behind – and the medicinal value it may contain. 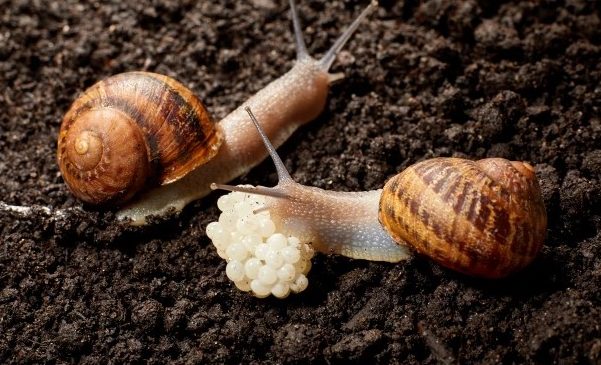 “It’s a flavour that’s incomparable with any other kind of food,” Davide Merlino, the owner of Italy’s largest snail farm, tells Modern Farmer.