Sesame is one of the oldest oilseed crop known to mankind for its seeds. The main reason for their popularity is that they have many health-promoting nutrients and elements. The world produces about 3 million tons of sesame seeds every year. Myanmar, India, China, Sudan, and Tanzania are the key producers accounting for 70% of the total production. The other major producing countries are Nigeria, Ethiopia, Burkina Faso, Chad and Uganda.

Sesame is a warmer weather crop, which is mostly grown in tropical and subtropical areas up to an elevation of about 1200 meters. These conditions require specific plant performance which makes it capable of thriving despite the challenging environment.

As a drought and heat tolerant crop, sesame has the ability to retain a relatively higher level of hydration under conditions of soil or/and atmospheric water stress. Factors enabling that are:

Although sesame is a drought-tolerant crop, it requires adequate moisture for germination at an early growth stage. The presence of excess water can also lower the yields. Moisture levels before planting and flowering impact yield the most.

Sesame plant in the field

Sesame may not be a magic crop that solves all of the production challenges for farmers. However, it may offer a viable alternative or profitable rotation crop for more traditional enterprises.

Sesame Farming in Africa: The little seeds with big potential 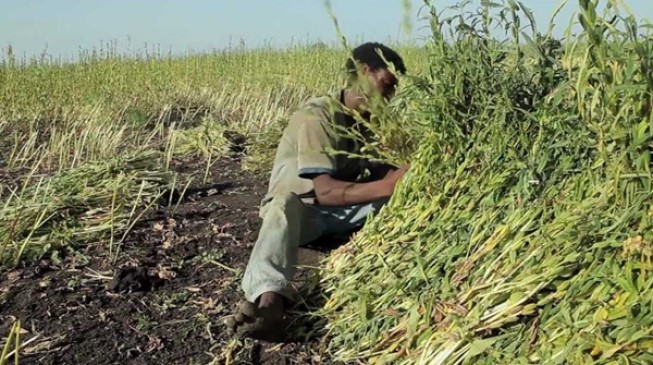 Sesame is popular amongst African farmers and is commonly referred to as the ‘survivor’ plant – it can resist drought where other crops fail and it doesn’t require much fertiliser making it less expensive to cultivate. It is this remarkable drought resistance, requiring 66 percent less water than grain sorghum and an impressive 75 percent less water than corn to cultivate, that makes it noteworthy of its tag as the ‘survivor plant’. 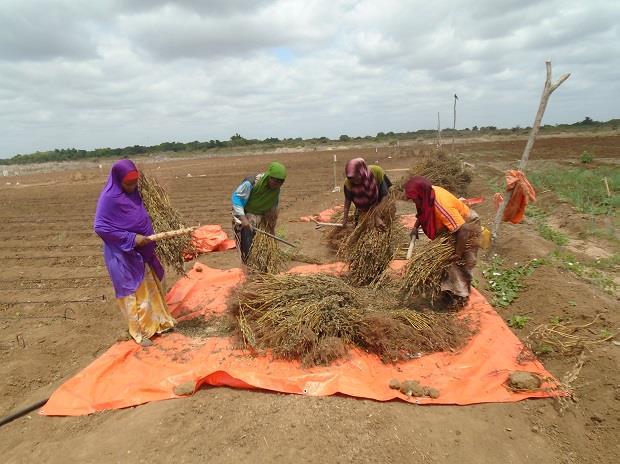 Sesame is an annual herbaceous crop grown for its oil-rich seeds. Sesame has been grown for the last over 2500 years. The crops ability to grow in adverse conditions such as dry weather and high temperatures has enabled its spread in many parts of the world. Apart from its leaves and seeds being eaten as food, Sesame crop has many uses. Its seeds contain Sesame Oil which is used for many things including but not limited to; Pharmaceutical industries in the manufacture of cosmetics such as Soap, Skin Creams, etc. It is also used in the pyrethrum industry for the manufacture of insecticides and human medicine to manage diarrhoea, cough, asthma, ulcers etc.

Growing sesame of your own can be an excellent way of enjoying it if you like to have sesame in your dish. Growing sesame is very rewarding and it’s surprisingly fun! Commercial sesame cultivation is a very good business and you will make a good profit if you follow everything perfectly.

The sesame (Sesamum indicum) is actually a flowering plant in the genus Sesamum (also called benne). The plants are actually very beautiful with attractive dark-green leaves and have tubular flowers that can be of white or pale pink color. The mature plants can grow between 3 and 6 feet tall (depending on the variety). 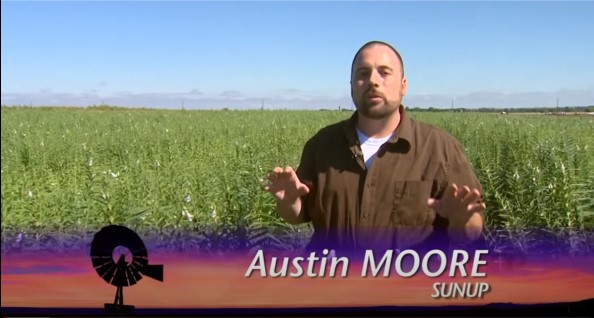 The SUNUP team takes a broad look at sesame production in Oklahoma and zero in on the tough issue of weed control in sesame crops.