OPINION PIECE: GM maize yields in SA proves it is the way to go

OPINION PIECE: GM maize yields in SA proves  it is the way to go

Society still argues about the use of genetically modified (GM) crops and specifically GM maize. Whilst some sentiments may be centred around consumer perceptions, empirical evidence has showcased two advantages in yields and savings on inputs that are difficult to contest. 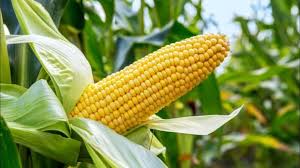 Firstly, the GM crops have contributed to an increase in yields in countries that have adopted the seeds, most notably the United States, Brazil and Argentina amongst others. This is evidenced in a working paper by agricultural economists, Jayson Lusk,
Jesse Tack and Nathan Hendricks, published in the National Bureau of Economic Research, an American private nonprofit research organization, in June 2017 (see here).

But there is also compelling evidence here at home. South Africa is the only country on the African continent to date that has adopted the use of GM seeds. Thus, it is not surprising that South Africa produced 16% of sub-Saharan maize in the 2018/19 production season while utilising a relatively small area of 2.3 million hectares. In contrast, countries such as Nigeria planted 6.5 million hectares in the same production season but only harvested 11.0 million tonnes of maize, which equates to 15% of the sub-Saharan region’s maize output.

GM maize crops were introduced in South Africa in the 2001/02 season. Before its introduction, average dryland maize yields were around 2.4 tonnes per hectare, as illustrated in Exhibit 1 below. These have since increased to an average of 5.2 tonnes per hectare over the past five seasons. Meanwhile, the sub-Saharan Africa region’s maize yields remain negligible, averaging at levels below 2 tonnes per hectare. Secondly, the non-yield benefits come in the form of labour savings, reduced insecticide use, and improved weed and pest control which has facilitated the ability to adopt low and no-till production methods and utilise higher planting densities (Lusk et al., 2017).
What’s more, a research study by agricultural economists Marnus Gouse, Debdatta Sengupta, Patricia Zambrano and José Falck Zepeda, published in the World Development, a monthly peer-reviewed academic journal, in July 2016, outlined non-yield benefits of GM in KwaZulu Natal province of South Africa (see here).

The study found that farmers value the labour-saving benefit of GM seeds. This was specifically the case among women farmers. Women farmers saved a substantial amount of time because less weeding is required, an activity that has traditionally been the responsibility of female farmers, specifically amongst smallholder farming communities in South Africa (Gouse et al., 2016).

Another study that corroborates the aforementioned observation is by agricultural economist, Graham Brookes, published in a Journal of Biotechnology in Agriculture and the Food Chain. Brookes assesses the economic and environmental impacts of using insect-resistant (GM) maize in Spain and Portugal over a period of 21 years (see here). The study found that the use of GM maize seeds resulted in reduced insecticide spraying, and as a result, decreased the environmental impact associated with herbicide and insecticide use on these crops. This ultimately is a contribution towards improving food security. While society might continue to hold different views about the use of biotechnology, the debates should be centred on research and informed positions. Whilst consumer preferences must be taken into an advantage, the debate should be conducted on an informed base and the one thing we should not ignore is the aforementioned benefits and the improvement thereafter to those in need of affordable food supply. There are true benefits in adopting genetically modified seeds. 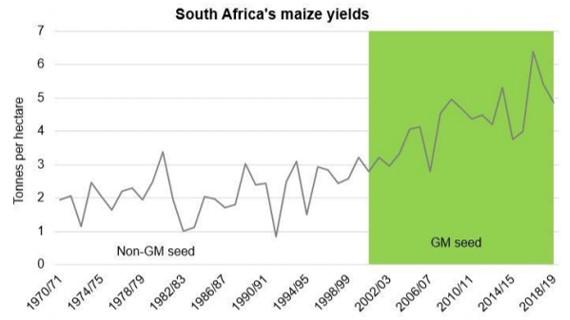 Wandile Sihlobo is chief economist of the Agricultural Business Chamber of South Africa (Agbiz) and the author of Finding Common Ground: Land, Equity and Agriculture (to be released in April 2020)