There is a growing awareness that humans will have to find alternative sources of protein for themselves and their animals. With rampant population growth, global warming and seas that are overfished; insects are increasingly seen as an environmentally friendly alternative to meat as a source of protein. As someone who grew up with a monkey in the house that relished centipedes as a snack that she happily crunched her way through; the idea of eating insects is stomach churning. Before you judge, we rescued a monkey from another home where it was in a cage and let it roam free on our property. Insects may not be an agreeable source of food for many humans, but it has unlimited potential as a source of food for animals. And as food sources become scarcer, many of us may have to be forced to get over an aversion to eating insects. It is also worth remembering that maggots proved to be useful in WWI to clean the wounds of soldiers. A South African maggot farmer that is leading the charge for sustainability and alternative protein sources is AgriProtein. Not only does the company provide an alternative source of food for animals, it uses organic waste to raise black flies. The flies’ larvae are harvested to produce protein meal. One of their products is MagOil, a high energy oil derived from the black soldier fly larvae which polar explorer Robert Swan, who was born in Durban said helped him to survive a gruelling 600 mile walk to the South Pole. The company’s green credentials are impressive as it is turning waste into food and now it is planning to expand internationally. – Linda van  Tilburg

Expanding from Cape Town to California

The company behind the world’s first industrial-scale maggot farm based on organic waste plans to kick off its international expansion with a plant in California next year, taking advantage of two global problems: a shortage of protein and an abundance of trash.

The plant in Jurupa Valley will be followed by operations in the Netherlands and Belgium, and is part of a drive by AgriProtein and a handful of competitors worldwide to tap into demand for high-grade protein for fish and poultry feed and offer a solution for the unwanted organic waste that cities and farms produce.

“The world is long on waste and short on protein,” Jason Drew, AgriProtein’s chief executive officer, said in an interview.

The California operation will be modelled on the facility in Cape Town, which rears black soldier flies on about 250 metric tons of organic waste daily. The flies’ larvae are then harvested to produce 4,000 metric tons of protein meal a year. At any one time, including eggs, there are 8.4 billion flies in the factory.

The plant also produces 3,500 tons of fatty acid oil and 16,500 tons of frass, or maggot droppings, which is used as fertilizer. Each facility costs about $42m to build and can generate $13-$15m in annual revenue.

AgriProtein is competing with the Netherlands’s Protix BV, France’s Ynsect SAS and Innova Feed, Canada’s Enterra Feed Corp and US company EnviroFlight LLC. All use the black soldier fly, except Ynsect, which breeds mealworms.

Practically non-existent a decade ago, maggot farming is increasingly fashionable because it’s environmentally friendly and has the potential to grow exponentially. It uses organic waste that would otherwise be dumped in landfills where it would rot and produce greenhouse gases.

AgriProtein, which Drew said is mainly owned by the private investment offices of wealthy individuals and falls under the Insect Technology Group holding company, raised $105m in 2018. Ynsect announced a $125m capital raise this year.

“Insects come with a really compelling story. They can turn low-value waste into high-value protein,” said Beyhan de Jong, an animal-protein analyst at Rabobank Group in the Netherlands. The companies are all bringing factories into commercial production, but AgriProtein is “going for more international expansion than its peers,” she said.

While meal and dried maggots can be fed to fish, poultry and pigs as well as pets, the primary market is seen as aquaculture. Insect feed could eventually displace fishmeal, which is made from wild-caught fish and fed to salmon and other commercially farmed species. Annually, 20 million tons of fishmeal is produced.

Demand for protein feeds made from insects in Europe alone could be 1.2 million tons by 2025, said De Jong. However, regulations in Europe – over the types of waste that can be used and in which forms the insect products can be fed to animals – make expansion more difficult than in South Africa and California.

Still, companies such as Protix are now running commercial-scale operations and considering expansion. In May, Protix opened its second factory, a €40m ($36m) plant that can process 70,000 to 100,000 tons of waste a year, according to Kees Aarts, the company’s CEO.

Protix is marketing its products to consumers through innovative methods such as OERei, eggs produced by chickens fed on maggots, and is looking at Southeast Asia, he said. In addition to meal and oil, it sells live maggots that are fed to chickens. It has received hundreds of approaches about setting up plants, Aarts said.

“The planet is in quite a hurry,” he said.

Most of the companies have come from humble beginnings.

The idea to create AgriProtein started with experiments in a tractor shed at Drew’s farm in Tulbagh in South Africa’s Western Cape Province in 2008. Since the plant in Cape Town opened in 2016, the company has focused on coming up with the correct design and products rather than output, but is now ready to expand, he said.

AgriProtein has an experimental plant in the South African coastal city of Durban where the flies are being fed on manure and sewage. It’s also worked with African dung beetles and wax moths, which could potentially eat plastic, he said.

While consumers will take some convincing, there is potential, said De Jong.

“Consumers also look for a story,” she said. “They are marketing their products as being more sustainable. It’s a growing concept.”

From Maggots to Millions – How AgriProtein, A South African Business, is Making Amazing Products from Maggots: 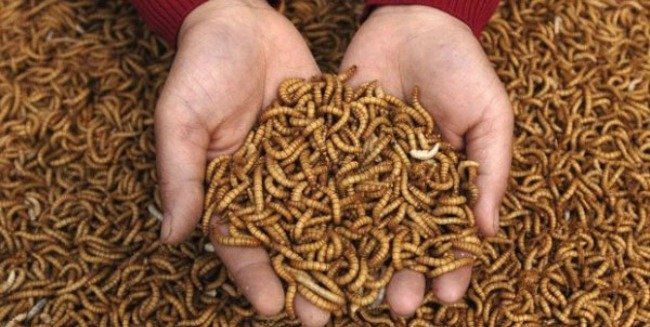 These maggots are fed on organic waste material – producing a nutrient-rich fertilizer in the process – before being harvested and dried into a natural and sustainable animal feed.

How One South African Entrepreneur Hopes to Make Millions From Maggots: 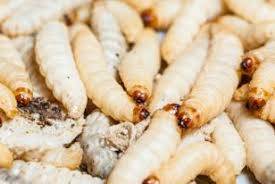 When Jason Drew plunges his hand into a seething mass of three-day old maggots, it is with the contentment of a farmer inspecting his thriving flock. His latest venture, AgriProtein, based in a sprawling, newly built factory farm on the edge of Cape Town’s international airport, is already showing signs of exponential growth.

Making money from maggots in Tanzania: 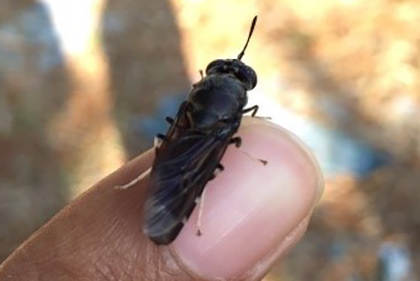 The black soldier flies effectively converts organic waste in proteins. These proteins are an excellent source for animal feed. The Tanzanian entrepreneur Matthew Haden realized this and has established a successful profitable company based on this concept.