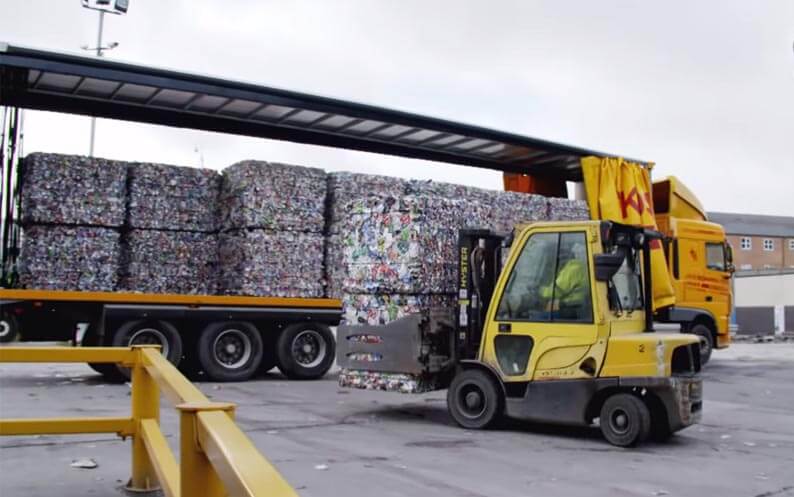 Every year we save enough energy recycling aluminium cans, cars, tools, even planes, to run the whole of India. The bales of compressed cans are loaded onto a conveyor and fed into a 340 horsepower shredder. Aluminium is tricky to sort because unlike some metals, it can’t be separated out with a magnet. So next, the shredded scrap passes through an optical sorter at a rate of three meters per second. 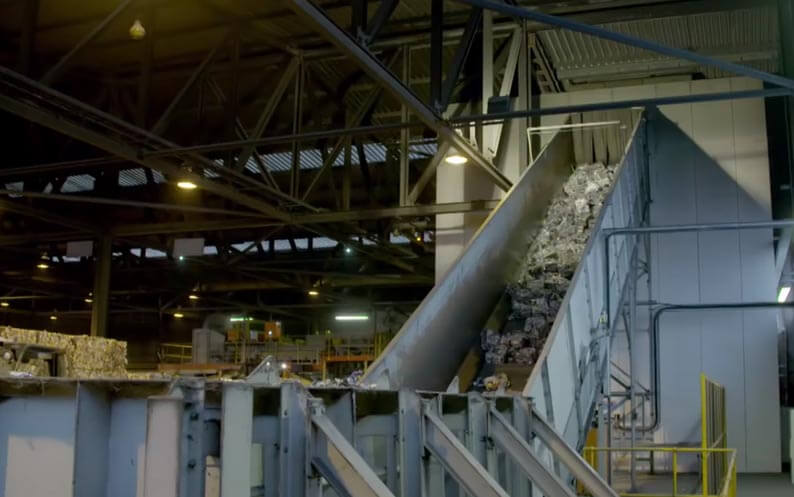 The machine uses infrared sensors to sort out what’s metal and what isn’t. Then blasts away any plastic or glass with jets of air. The next step in the recycling aluminium process is the use of a powerful magnet sucks up any scraps of steel, leaving just aluminium. We Brits say aluminium. 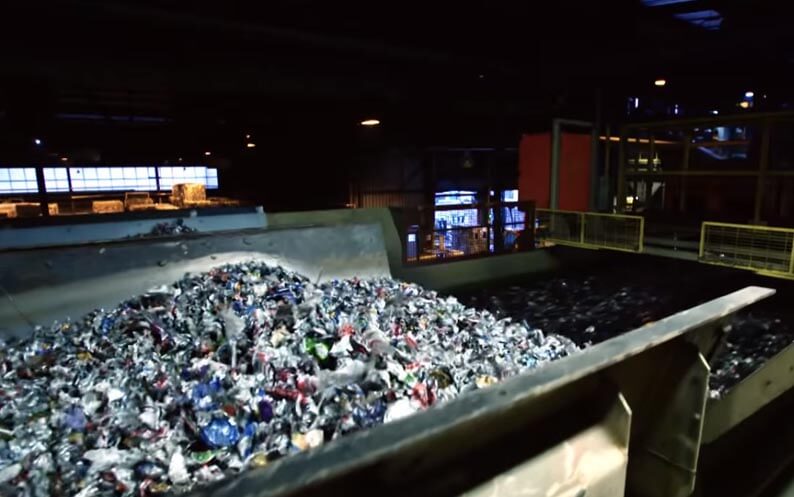 The next problem is, aluminium doesn’t melt until 660 degrees.  The paint and lacquer aren’t so lucky. They’re instantly vaporised. The clean aluminium chips are ready for the next stage, melting. Two furnaces hit a blistering 730 degrees. And handle up to 100 tons of aluminium each.  The trouble is, when the aluminium melts, it reacts with air forming a layer of aluminium oxide that floats on top. This unwanted oxide is known as dross. 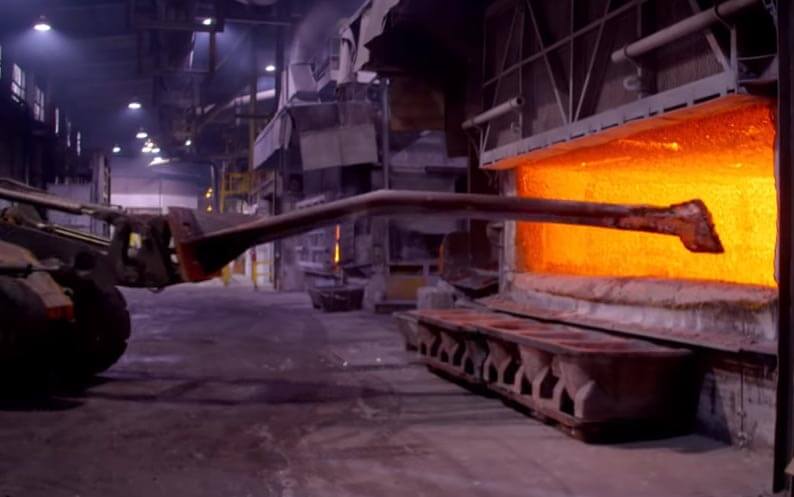 The next step in the recycling aluminium process is a brave furnace operator skims it off with a giant, steel spatula. And the alloy is ready for the casting area. 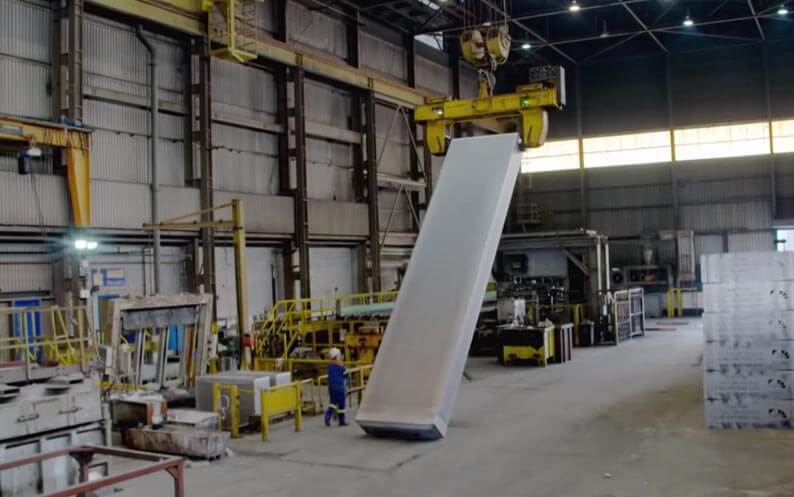 The only problem is getting there. A river of molten metal flows downhill to a holding furnace that’s the size of a double-decker bus. Somehow, they need to pour the liquid metal into a mould. 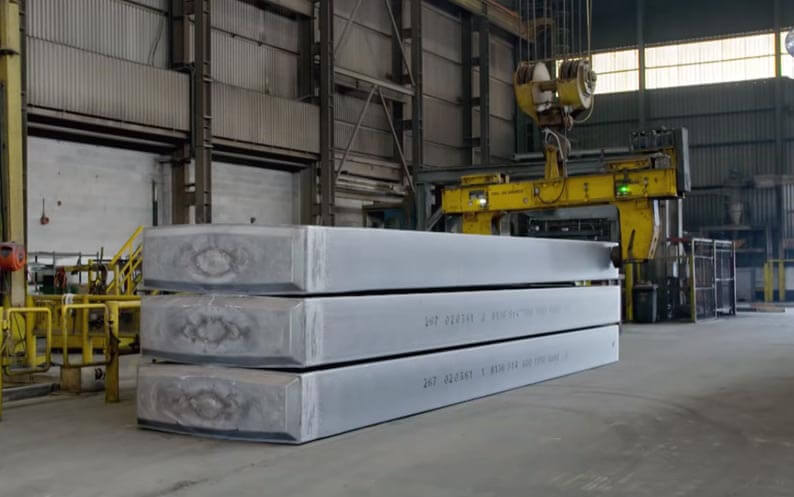 Remarkably, the solution is to tip the entire furnace. And a fountain of deadly metal pours into one of three moulds set ten meters into the ground. Inside, they will be cast into three towering blocks of aluminium. After two and a half hours they have three giant aluminium monoliths, called ingots. 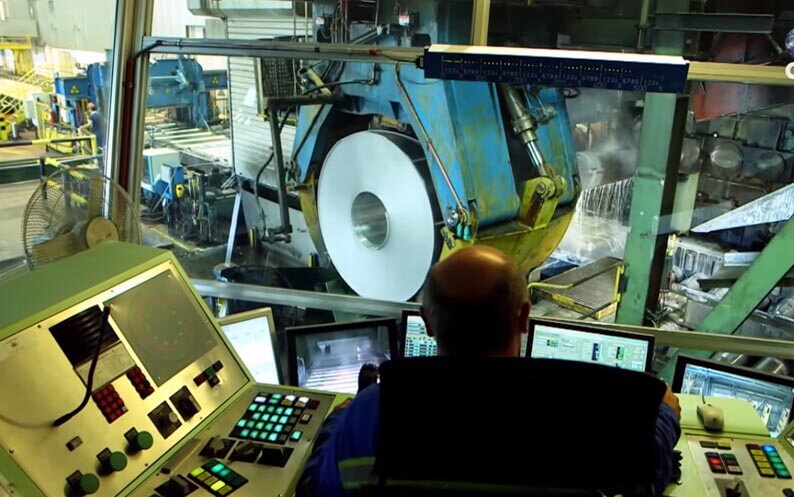 Each one is ten meters long, weighs 27 tons and is made up of 1.5 million recycled cans. Aluminium, or aluminium, is not expensive because it’s rare. In fact, it’s the most common metal in the Earth’s crust. It’s expensive because it’s so hard to extract from the rock around it. 150 years ago, it was more expensive than gold. Today, demand for aluminium is so high the ingots don’t lie around. Their transformation back into cans starts with a 900-kilometre journey to a rolling mill in Germany.

Here, they’re heated in another furnace to 525 degrees. This relaxes the bonds between the aluminium atoms, releasing any stresses within the ingot. Then it’s passed back and forth through a series of rollers. It’s a bit like rolling pastry. Each set of rollers thins out the metal until it’s a quarter of a millimetre thick and 10,000 meters long.

That’s 1,000 times its original length. Massive reels of the aluminium arrive back in the UK at Ball Packaging to undergo reconversion into cans and possibly something a little more out of this world. We’ve got three basic product categories, beverage packaging, household metal packaging, and we also have an aerospace division. So, the interesting thing, of course, is manufacturing beverage cans is rocket science.

The aluminium alloys for rockets are very similar to the ones used for cans. So theoretically, your old can could be on its way to space. Meanwhile, on planet Earth, they feed the sheets of aluminium into a rapid-fire cupping press. This heavyweight knocks out thousands of shallow cups. The secret of turning them into cans is a tight squeeze.

Every cup is rammed through a series of rings, each narrower than the last. Forcing the aluminium through the rings squeezes it into a cylinder and a new can is born. The very first time anyone put a beverage in an aluminium can it was beer, it was in the US, and it was 1959. And even back then, they still recycled, you got a cent for every can you brought back. They produce around 6 and a half million cans here every day and send them all over the world. That’s a whole lot of aluminium. Luckily, there’s plenty more where these came from. 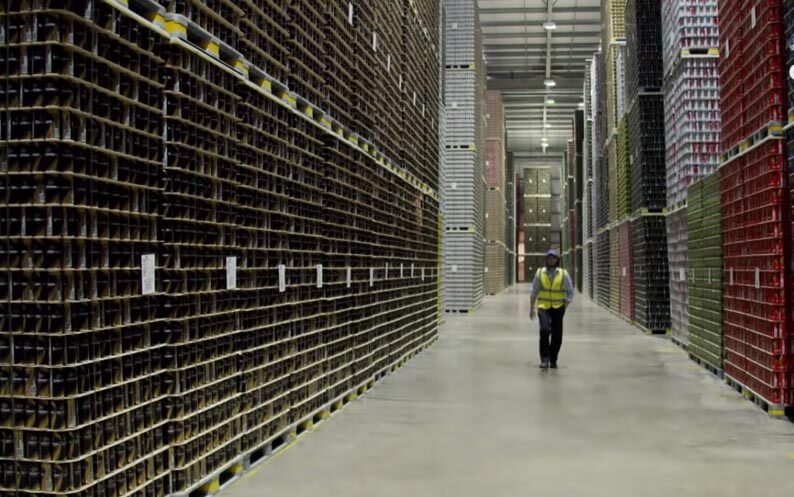