Partnering With Small-Scale Farmers Through Revenue-Sharing Alternative to Aid

Partnering with small-scale farmers through revenue-sharing alternative to aid

On the southeastern shore of Lake Malawi, a project called mbora is proving itself an alternative to aid dependency in rural African communities, says project founder Adrian Raisbeck. 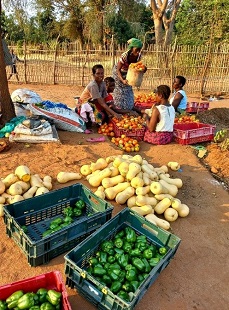 Nitin Gajria, Head of Google for Africa, serves on mbora’s advisory board and he believes that mbora could become the rural development model for Africa in future.

Since the introduction of the mbora project last year, two lakeside communities have received their mbora hubs, or community centres, which sit in the middle of the market gardening activities. These mbora hubs serve to financially, health, and digitally include the mbora smallholders and other members of local communities. 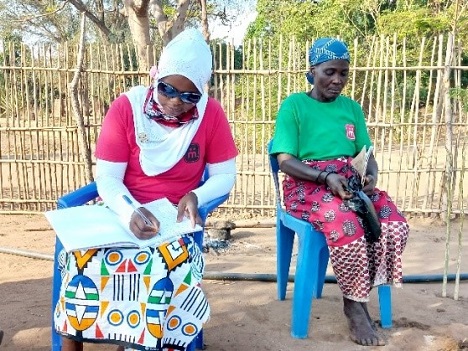 mbora farmers receive a share of the sales of all vegetable produce, paid directly into their bank accounts at the mbora village bank (photos supplied by mbora)

Participating farmers automatically become a village banking group where they can invest into a collective fund to access microloans to invest in small businesses. In under a year mbora’s village bank has funded over 200 businesses, delivering new wealth into a previously underserved rural community.

At the mbora hub, farmers and community members have access to free satellite connectivity, provided by Liquid Intelligent Technologies, and the digitised environment is how the project derives its name: “Bora or bola means ‘better’ in East African languages,” Adrian explains; he’s a Chichewa speaker himself. “The ‘m’ is for mobile as we offer digitised services and a free internet connection and the way we’ve digitised it through our mbora platform has been very successful. We’ve had no payment defaults.” 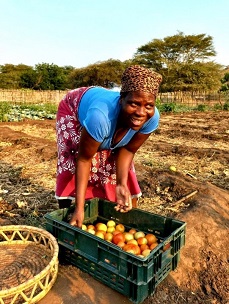 Participating farmers are mbora’s business partners, not labourers, Adrian points out. They receive a 30% share of the sales of all vegetable produce, paid directly into new digital bank accounts opened for them at local banks by the mbora team.

mbora covers all of the costs of the establishing each market garden, including solar irrigation. A mbora nursery provides the growers with the seedlings. Outside farmers can also procure inputs and technical advice from the mbora hub.

Fruit orchards (mangos, papaya and bananas) will soon be established, while the project founders are looking to add cage culture fish farming of tilapia in Lake Malawi which would be associated with each hub. Lake Malawi (fifth largest freshwater lake by volume in the world) is capable of producing 2.4 million tonnes of fresh fish annually through fish farming, Adrian posits, but it’s currently severely overfished, so that getting fishermen to turn to fish farming, also on a revenue-sharing basis, would neatly fit into their model.

An alternative to aid dependency
The startup has been operating for just over a year, but the genesis of the idea goes back much further, to Adrian’s Masters studies he completed in 2015 through the School of Oriental and African Studies, University of London. 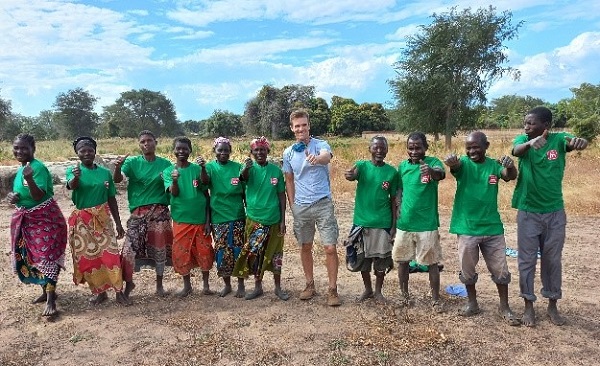 A group of farmers with Adrian Raisbeck, centre, who have recently become part of mbora

“I’m purpose driven to prove an alternative approach to aid dependency,” Adrian explains. “That’s my and now my team’s mantra if you like: aid has really failed these rural communities over a long period of time.”

He says, having grown up in Malawi, that he has seen a regression in the living standards of rural communities, many of whom still follow the conventional annual rainfed maize crop cycle when they are in fact blessed with rich natural resources, living adjacent to the third biggest body of fresh water on the African continent. 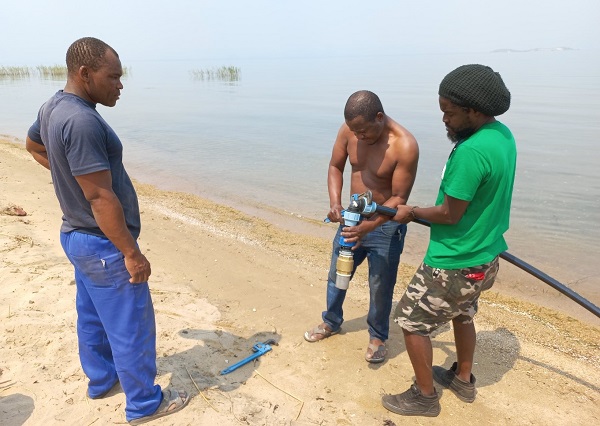 Upgrading the irrigation system on the shore of Lake Malawi, fifth largest freshwater lake in the world

In fact, Adrian would ideally like to see rural communities cut ties with development aid which, he says, stifles livelihoods progress and empowerment.

Initially their reception was sceptical among the communities comprising 48,000 people, all of whom have seen aid projects come and go. He points to Malawi’s longstanding history of political stability and a progressive government in place as a window of opportunity for a rethink when it comes to rural development.

Now they are contacted by other communities eager to get onto the mbora platform, but funding is a limiting factor, soon to be solved, he notes, as mbora has just launched a Seed2 Round out of The Conduit Club in London, targeting philanthropic angel investors, family foundations, and impact investors. Two new investors joined mbora in 2021 and they are about to receive their first tranche of a United Nations Development Programme grant through the Malawi Innovation Challenge Fund, with very active support from mbora’s local strategic partner and investor, the Malawi Agricultural Industrial Investment Corporation, or MAIIC. 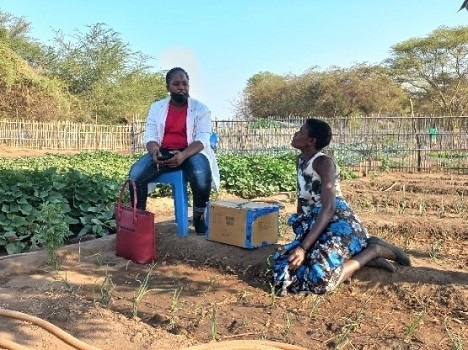 How to bring back life to the ‘hammered’ soil
He believes that mainstream development projects have failed rural communities in Sub-Saharan Africa and that development in rural communities has to be led by agriculture and entrepreneurship. Currently less than 5% of smallholder land in Malawi is under production outside of the annual rainfed maize season.

“There is so much underperforming agricultural land lying adjacent to large bodies of water,” he says. “There are farmers just waiting for the rains to plant the same maize crop while the soil just gets hammered as we plant the same crop year in, year out.” 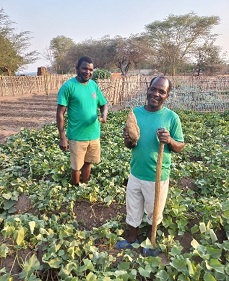 For this reason, the mbora model will increasingly pivot towards regenerative agriculture, and one out of every three cycles will be a cover crop for production of green manure.

Herbs are being planted in between the rows of vegetables and from next year all of the farms will have drip irrigation, freeing up the farmers to conduct important tasks such as integrated pest management, which includes scouting and field hygiene to keep the vigorous insect population in this tropical growing region at bay.

“I have a great team but we’re very openminded for advice on how we can be better but the bottom line is: we have to keep farming groups better off than they would’ve been,” says Adrian. 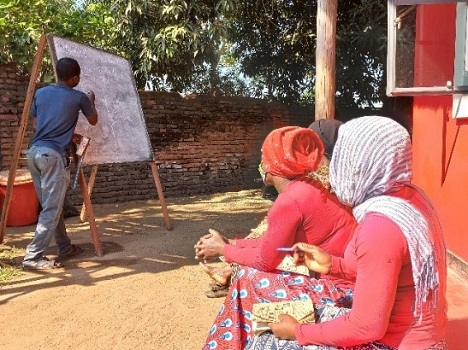 An adult literacy class at a hub for mbora farmers