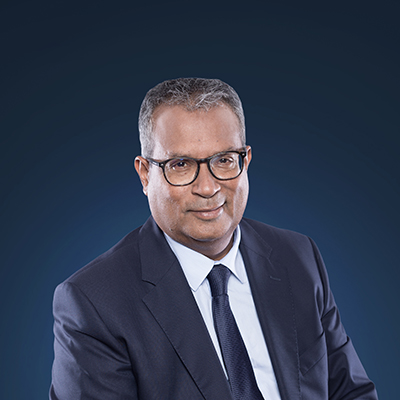 At the time of writing it is unclear whether African nations will be successful in containing the coronavirus pandemic. Its impact on global markets has been dramatic and is already being felt throughout Africa. Commodity prices have tanked and fiscal outlooks are being heavily revised while tourism, aviation and other staple industries crucial to Africa’s prosperity are inevitably suffering. Yet, as a potential global recession looms, the fundamentals of the continent’s investment opportunities remain.

Africa has drawn high levels of interest from a diverse range of external partners in recent years – in 2019 it was home to seven of the ten fastest-growing economies. From governments to pension funds, entrepreneurs to high-net-worth individuals, investors are being attracted by a number of converging trends that with their funding, could unlock Africa’s economic potential:

As socio-economic changes are accompanied by technological advances, emerging economies are set to experience a significant rise in economic power. In Africa, the successful implementation of the African Continental Free Trade Area will integrate a market of 1.2 billion people with a combined GDP of over $3.4 trillion. However, the full socio-economic impact of the coronavirus pandemic is yet to become clear. There are difficult times ahead in the short to medium term but amid this shift, international financial centres (IFCs) such as Mauritius, Jersey and the UAE continue to play key roles in mobilising investment and development finance into Africa.

IFCs provide legally secure, tax-neutral locations for private investors and public-private co-financing, with funds being combined from multiple sources and then invested into markets such as Africa. From mobilising foreign direct investment and facilitating private equity funds, to acting as intermediaries to development finance institutions’ funds, IFCs play a crucial role in overcoming barriers to investment in order to catalyse market growth. They often double up as innovative hubs that make it easier for emerging entrepreneurs to succeed. Yet, as recognised by the World Bank, in terms of investments into developing markets the international community needs to move the discussion from billions to trillions. Nowhere is this more true than in Africa, and if it’s to realise its potential, IFCs are essential conduits for its growth.

Give your growth ambitions the best chance of success

We help companies and funds prosper in Africa and work with you to protect and enhance the value of your investments. Our clients range from individual entrepreneurs to large multi-jurisdictional corporations and funds with significant cross-border activities. Operating from key IFCs such as Jersey, Mauritius and the UAE, we bring a full range of investment-enabling solutions to corporate, institutional and private investors looking to channel investments both to and from Africa.

CBD near me
Reply