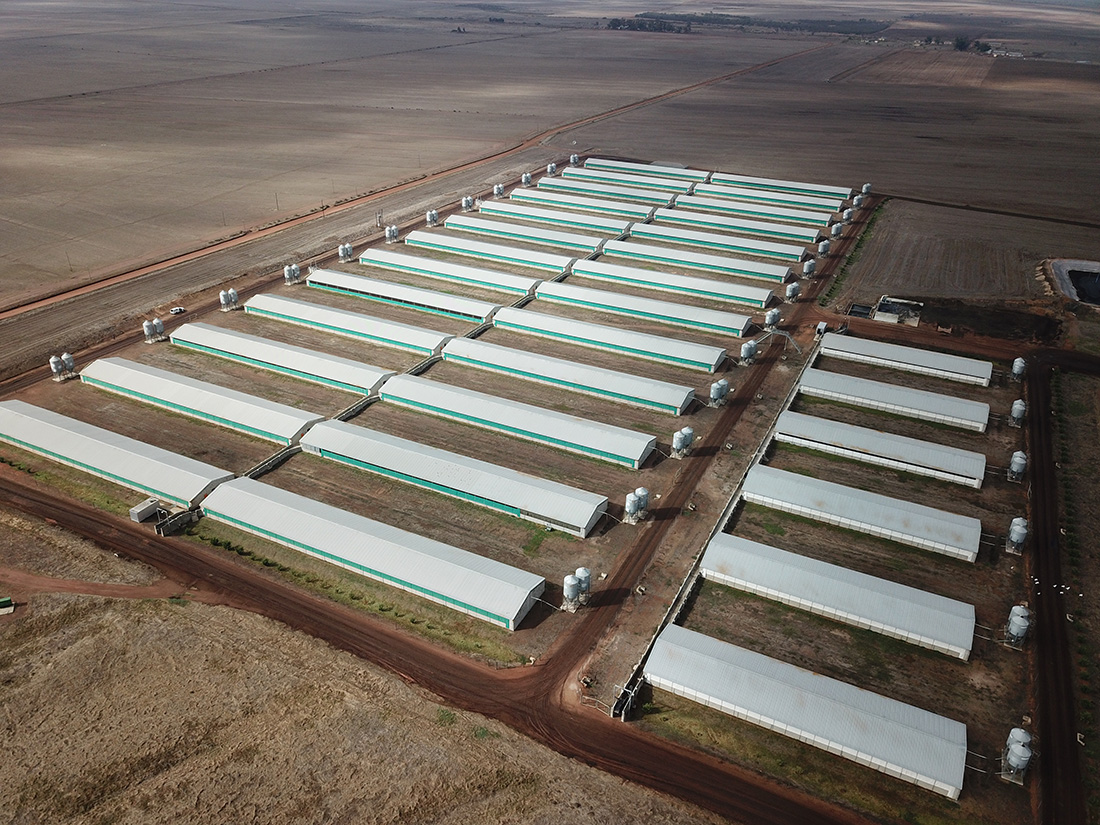 LEMCO Structural Steel Construction Project: Chalala Farms, part of the Number Two Piggeries company, is situated in Malmesbury and is the largest and most successful piggery businesses in Africa.

LEMCO was awarded with the design and supply of the steel construction for Number Two Piggeries, Chalala Pig Farms just outside of Malmesbury with Phase 1 being 55000m² which was started in 2011 and Phase 2 following at 71000m² in 2014.

“We were looking for a company with the ability to build our required size, it’s not normal for a piggery or a farming enterprise building to be built to the size which we required. Building is not our trade and we needed guidance, information and assistance in planning this new process which LEMCO could offer. My first business of choice is LEMCO because of the experience I have had with them on our first project. Pricing and quality is always important. It’s always nice to work with LEMCO, they have very capable employees doing the erecting and sheeting. Their advice was very good and they handled everything promptly. They are honest people with a good product, good price. and great service. I will absolutely work with LEMCO again. My experience with LEMCO has only been excellent. They know what they are doing and I trust them.” Jeff van Zyl, General Manager, Number Two Piggeries, Chalala Pig Farms. 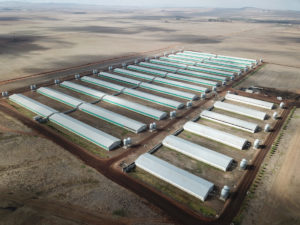 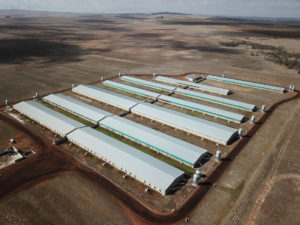 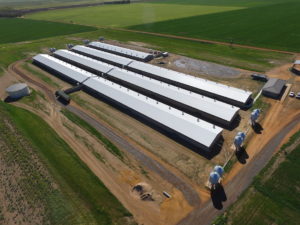 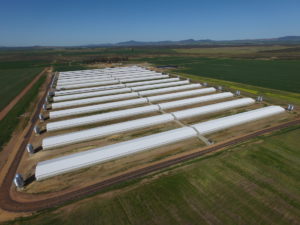 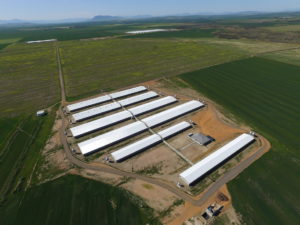 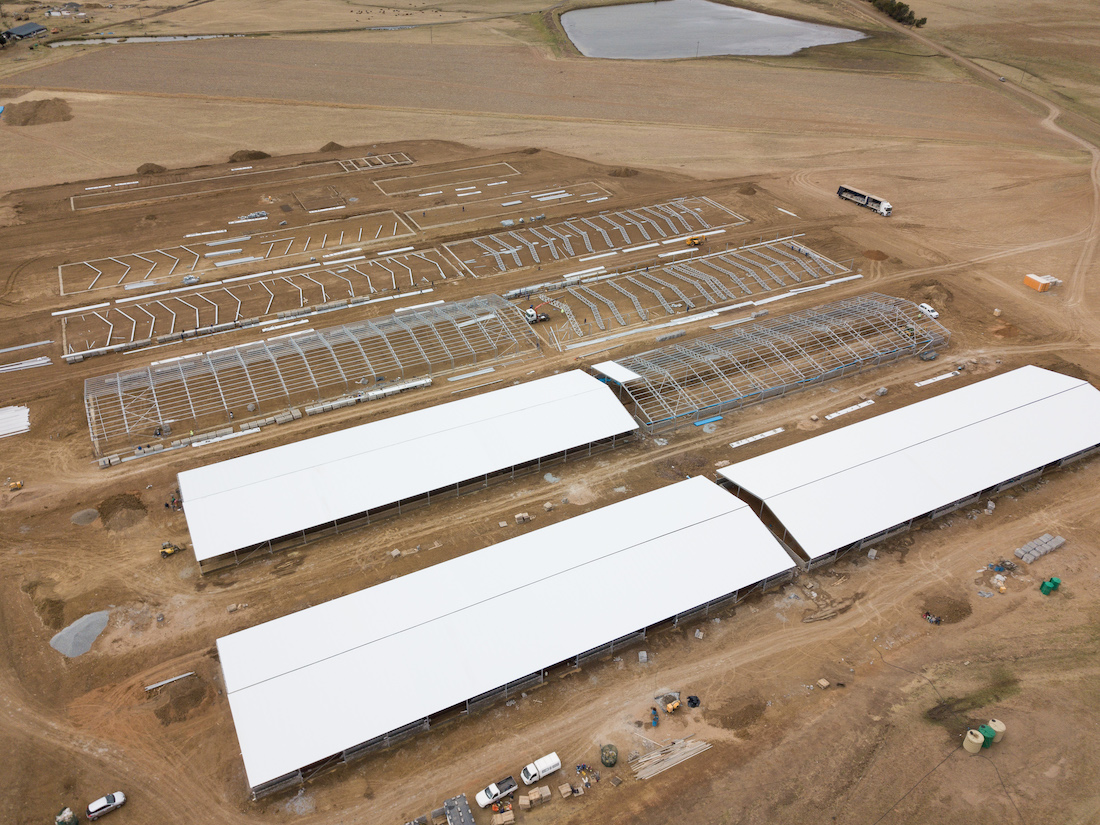 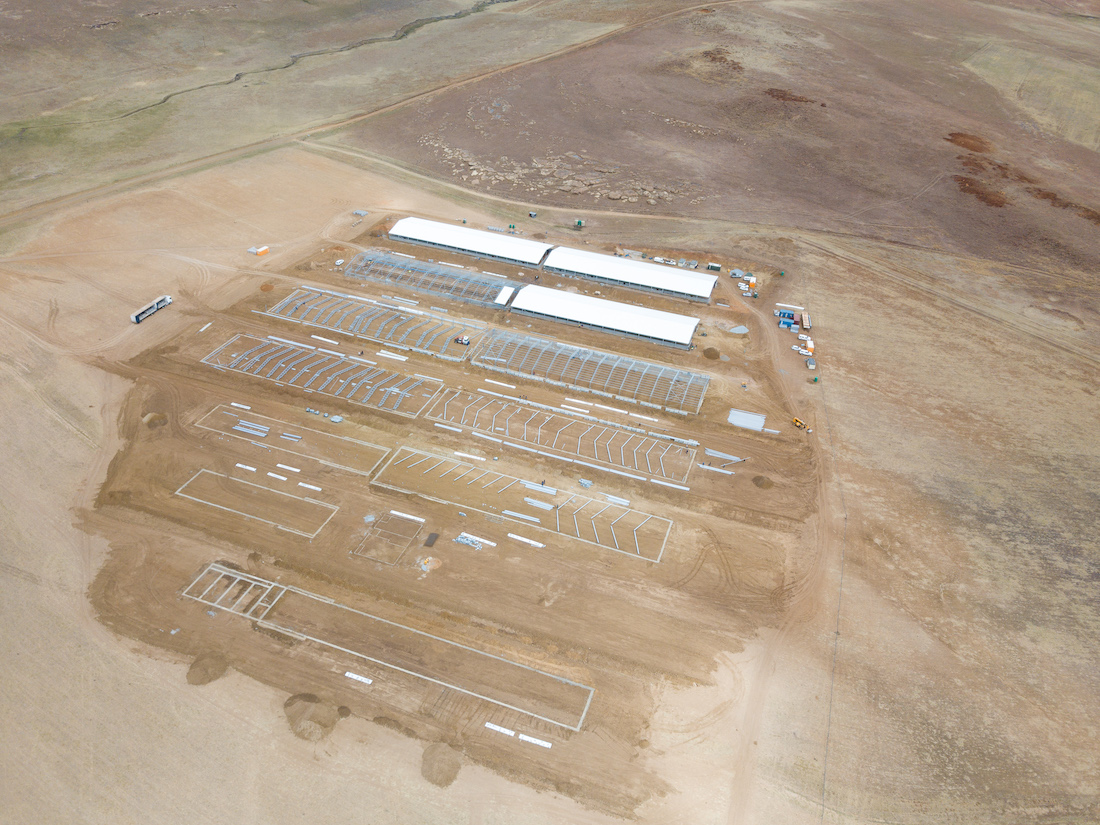 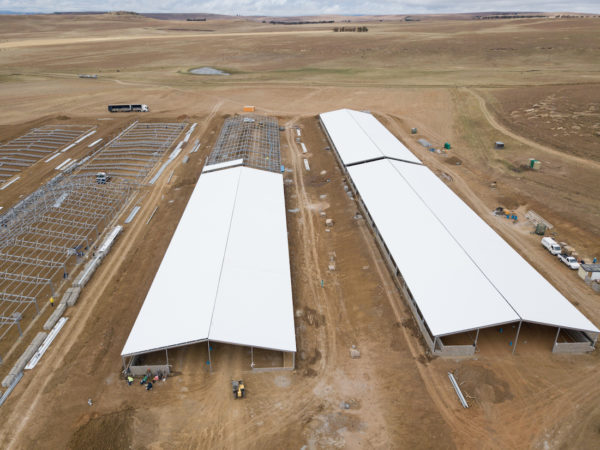 LEMCO’s workshop hosts some of the most cutting-edge machinery our industry has to offer which was a perfect match for fabricating the steel components needed for Chalala’s high-tech piggery. Chalala Pig Farms multi-site production unit consists of a breeding unit, a nursery and three growers sites.

David Osborne, one of South Africa’s most successful agri businessmen, runs his agri group from his office on the Queenstown farm he calls home. The secret to his success: good people. David’s agri group currently employs 1000 people, including 60 managers. That’s a far cry from where he was 38 years ago when he first recognised his future lay in farming. 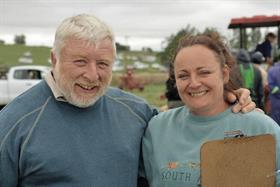 David started farming in the Queenstown area in 1976 where he set up a piggery business and abattoir in partnership with a local farmer. Today, Number Two Piggeries, of which Dave is CEO, has piggeries all over South Africa, as well as one in Namibia, with a total of 20 000 sows, representing over 20% of national pork production. The group also has its own abattoirs, with 25% of pork production in South Africa slaughtered in their abattoirs.

Number Two Piggeries has bought some piggeries from smaller-scale farmers, several of whom are now affiliates in the expanded business.

The group has also pioneered new developments, one being the high-tech Chalala piggery between Malmesbury and Darling in the Western Cape. The group initially bought two farms here, on which the initial R200million piggery was built, spanning 52 800m2 (about the size of 10 rugby fields), but has since expanded. A multi-site production unit, it includes a breeding unit where pigs are bred. At 28 days the progeny is moved to a weaning unit for six weeks. They are then moved to the fatteningunit for approximately 13 weeks. Each unit functions as a separate entity, with its own staff, operating procedures and bio-security rules.

And so the wheel turns, with David keeping an ever-watchful eye on what to do next to ensure the group remains profitable. This includes diversification and expansion, despite the land reform scare.