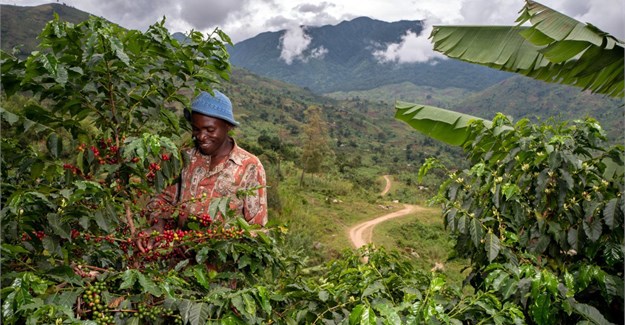 As part of the Reviving Origins programme and in partnership with Agri Evolve, a young agribusiness dedicated to improving farmer productivity, Nespresso is working with more than 2,000 farmers, providing training and expertise to improve coffee quality and productivity in addition to establishing sustainable farming practices.

Formally launched in 2019, the Reviving Origins programme aims to revive coffee agriculture and local coffee economies in regions affected by adversities such as conflict, economic hardship and environmental disasters.

The programme provides support to rebuild sustainable livelihoods for farmers and their communities while preserving the future of some of the world’s rarest, most exquisite coffees. Nespresso is investing a total of CHF 10 million in the program over a period of five years (2019-2023).

Coffee is the lifeblood of entire communities across the globe. In many regions, coffee farming is threatened for reasons such as climate change, conflict and a shifting global economy. Through the Reviving Origins programme, Nespresso provides support to struggling coffee farming areas and helps breathe new life into local economies and, most importantly, communities in these regions.Guillaume Le Cunff, CEO, Nestlé Nespresso S.A.

Since its launch last year, the Reviving Origins programme has already been a significant success in Zimbabwe and Caquetá, Colombia, two regions where coffee production has been under threat in recent years. In Zimbabwe, for example, coffee production has been under pressure for a number of years, falling from 15,000 tonnes in the late 1980s to just 500 tonnes in 2017.

For this reasons, The Reviving Origins programme has become an integral part of the Nespresso AAA Sustainable Quality Programme – providing continuous training on quality and productivity, as well as free technical assistance through its agronomist network. It also addresses infrastructure challenges that exist by building wet mills or helping to establish coffee cooperatives. As a result, productivity has increased.

Jonny Rowland, owner and managing director of Agri Evolve says: “Our partnership with Nespresso enables us to provide ongoing support to the Rwenzori coffee farmers. Through community projects and teamwork, growth and development are not only within the coffee farm but also in the improved environmental and social standards of the community.

The Rwenzori coffee farmers now have the opportunity to share their premium quality coffee with the world, leading to higher household incomes as well as giving communities and families confidence for a sustainable future in coffee farming for the generations to come.”

About the Nespresso Origins Programme:

Nespresso announced the launch of Reviving Origins, a new programme to restore coffee farming in regions where it is under threat during May 2019. Through its AAA Sustainable Quality™ Program, Nespresso is working with farmers in regions that have been blighted by conflicts, economic hardships or environmental disasters. 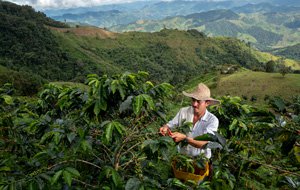 Nespresso is investing CHF10M over the next five years to revive the coffee industries in selected countries with the aim of encouraging rural economic development. The Reviving Origins programme is part of Nespresso’s overall commitment to invest CHF500M from 2014-2020 in its sustainability program, The Positive Cup.

The announcement comes alongside the launch of new single-origin coffees from Eastern Zimbabwe and Caquetá, Colombia. These exquisite and rare coffees are virtually unknown and have been slowly disappearing for decades. As a result of Nespresso’s investment and the commitment of partners, coffee farmers in these two regions are starting to rebuild sustainable livelihoods, restore their local economies and bring much-needed development to their rural communities.

TAMUKA mu Zimbabwe and ESPERANZA de COLOMBIA will be available from May 2019 in 18 countries.

Jean-Marc Duvoisin, CEO of Nespresso comments: “Through our Reviving Origins program, we have an opportunity to bring back forgotten coffees, boost economic development in regions where there has been significant adversity and share a completely new taste experience with consumers.” 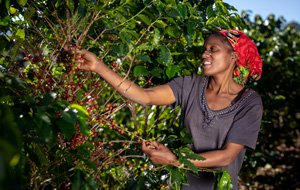 Nespresso first discovered the potential of reviving a forgotten coffee when it ventured to South Sudan in 2011. The limited-edition Suluja ti SOUTH SUDAN became the country’s second export after oil and helped to diversify the economic base of the world’s youngest nation.

Building on that experience, Nespresso launched its AAA programme in Zimbabwe and the Caquetá region of Colombia (an area long inaccessible due to the conflict in the country). In 2018, announced plans to support the rebuilding of coffee farming in Puerto Rico after 80 per cent of its coffee farms were destroyed by hurricanes Irma and Maria in 2017.