Mr. Stevia: The Sweet Success of a Kenyan Farmer

Mr. Stevia: The Sweet Success of a Kenyan Farmer

Stevia is a sturdy green plant whose leaves contain a unique source of natural sweetness.

It’s grown all over the world, and is fast becoming one of the most popular crops on the market as more food and drink manufacturers look to use stevia plant extract as a zero-calorie sweetener to reduce the amount of sugar in their products. The Coca-Cola Company currently uses stevia in some of our brands like Sprite, Coca-Cola Life and glaceau vitamin water.

Not only is stevia changing the way we make our drinks; it’s also changing the world economy. Where famers previously drew irregular income from their land, stevia now improves families’ lives, as the story of “‘Mr. Stevia” in Kericho County, Kenya, reveals.

When PureCircle, the leading supplier of stevia ingredients, first introduced stevia as a new source of income to farmers in Kericho, not all of them were initially sold on the idea. Kericho is Kenya’s tea capital, and most farmers prefer to use their land for tea planting, alongside growing the food and drink they need to feed themselves and their families.

But, Charles Langat, a hardworking farmer from Kericho, who was driven by the need to provide an improved economic lifeline for his family, did the unexpected and thought outside the box.

“One day I heard on a local radio show about this new crop named stevia. They said it could help small farmers like myself to make up for the declining income in recent years. So, I said to myself, why not give it a chance,” says the father of three.

That was just over a year ago. Now stevia is forming the backbone of his income.

“My first seeds I got from PureCircle, the company that introduced this complementary crop to us tea growers. Now I am able to pull my own seeds,” Charles explains.

Stevia grows best in upland areas with a sub-tropical climate so it’s well suited to the soil in Charles’ fields. Best of all, it only requires a small amount of fertiliser and water and the leaves are ready to harvest after just three months.

Despite facing challenges in the beginning, Charles’ sheer determination led him to work extra hard on his yields and he has reaped the benefits.

“The potential for stevia to help with some of our income gaps is unmatched by any other crop,” says Charles. H

Stevia leaves are harvested after 3 months

Charles has become the talk of the villages and is now popularly known by his nickname “Mr. Stevia”, with many farmers wanting to know the secret of his success.

For months, he jumped on his moped to get to other farmers to whom he explained the methods and benefits of growing stevia. But, as he explains, “With time, these five-hour journeys became quite exhausting. Therefore, I decided to focus on my farming and afterwards I invited farmers over to see how I did it.”

Farmers from far and wide took him up on his offer. Charles trains them to take on stevia farming in a bid to establish stevia plants as an additional crop to their yield; a move that has helped them take advantage of the huge interest in stevia from businesses around the world.

This is not his only speciality: “I go the extra mile,” says Charles, “I educate the farmers on how to manage and care for their farm animals too, as their droppings can be used as manure.” This little tip saves farmers from buying fertiliser and helps to increase the amount of stevia they grow.

Click here to see photos of Mr. Stevia and his farm.

The sweet-tasting parts of the leaves may be a kind of natural defence mechanism against aphids and other bugs. “Perhaps that’s why crop-devouring grasshoppers avoid stevia,” says Charles.

Stevia is now becoming a popular choice with farmers in Kericho who want a crop that can withstand pest infestation, and some of the other adverse impacts in agriculture, including climate change. Charles hopes investors will choose the stevia market to help add value to the crop that will not only continue to help farmers but the Kenyan economy as well.

Stevia is a shrub with sweet leaves. It is native to South America. The sweetness can be extracted and processed to produce a sweet powder, 300 times sweeter than sugar. It has zero glycaemic index and zero calories and is, therefore, a perfect non-nutritive sweetener. The fact that it is plant-based makes it more desirable than most of the options in this market.

Stevia is an unnervingly exciting crop that is very new in SA. All available Stevia powder in the country currently has been imported. But there is no reason why it cannot be grown, extracted, marketed and become a booming industry here.

In this article Richard Howes of the Canegrowers’ Innovation Group answeres some of your more pressing questions. 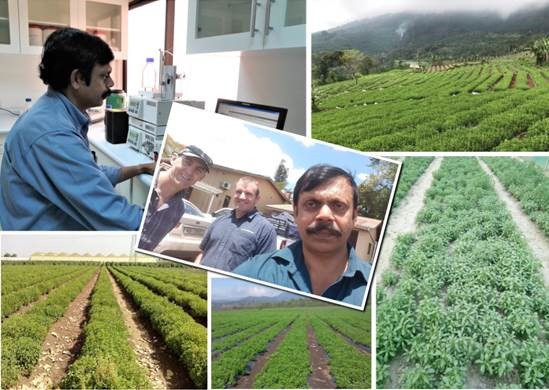 Subjects covered in this article include:

Why hasn’t it been grown here already?

How easy is it to grow?

Who is the market?

What is the size of the market?

How much money can be made?

Where do I get the plants?

How will this industry be managed?

A pioneering project to develop a South African Stevia 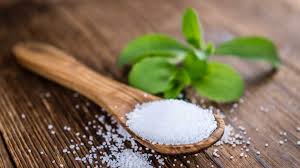 In a timeous and topical development, Paarl-based Afriplex, well established beneficiator of indigenous plants, has announced it is embarking on a project to locally cultivate and process stevia (Stevia rebaudiana), viewed by many as a Holy Grail of non-nutritive sweeteners.

“There’s long been a drive to find alternative and natural low kilojoule sweeteners to replace traditional sweetened beverages and food – and there is now new urgency with proposed sugar taxes here in South Africa and many other countries,” says Afriplex’s technical director, Donnie Malherbe.

He says Afriplex believes the successful execution of this pilot project could position South Africa to develop the agricultural know-how and technological capacity to execute full-scale commercialisation of stevia.

“In addition to assisting economic growth, the project will allow South Africa to share in and contribute to the latest development in the food and beverage innovation. Apart from the economic advantages, the project is also of strategic value to the country especially when viewed against the impact of obesity-related ailments in South Africa.”

Stevia and How to Grow it yourself!

Consumers’ desire for natural ingredients and ‘clean’ labels have contributed to the growth and adoption of stevia as naturally sourced zero-calorie ingredient for food and beverage products. Companies are frequently using stevia to overcome challenges associated with reducing sugar and calories while maintaining great taste in their products.

Stevia is the generic name for a sweetener and sugar substitute extracted from the leaves of the plant species Stevia rebaudiana. The extract of the plant is accepted as a food additive and supplement.

The active compounds of stevia are the steviol glycosides comprising mainly of stevioside and rebaudioside. They have approximately 150 times the sweetness of sugar. As stevioside has a negligible effect on blood glucose, formulation with the ingredient makes stevia attractive to people on carbohydrate-controlled diets.

The plant originates from South America, where it has been consumed for more than 1,500 years by the local population.

In the early 1970s, sweeteners such as cyclamate and saccharin were gradually removed by multinational players in the F&B arena. This prompted the use of stevia extract as an alternative in countries like Japan and leading to the first commercial stevia sweetener in Japan, produced by the Japanese firm Morita Kagaku Kogyo in 1971.