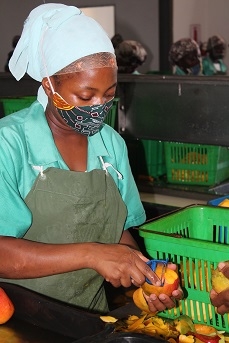 Dried mango could have a shelf life of up to 18 months, but it’s become too popular to come close to its sell by date. Huge worldwide demand for dried mango has fuelled 25% year-on-year growth in its production at Mozambican fruit processor Afrifruta.

In the East African country mango trees and coconut palms grow wild but until the company brought the investment into drying facilities and provided access to global markets, local communities had derived little income from it.

Ten years ago Jaco le Roux, a horticulturalist who grew up on an avocado farm in South Africa, started considering how best to make use of the abundance of mangos and coconuts in Inhambane Province, and in the endeavour he was later joined by Ties Minnen, who handles their European sales.

Afrifruta, now the largest supplier of fresh coconut to South Africa, supplies European retail prepackers with dried organic & conventional mango and dried organic coconut, next week loading their last export container of dried mango for the season, to be shipped out from Durban.

The 1,200mm of rain from December to February affected the internal quality and reduced their mango volumes this season. 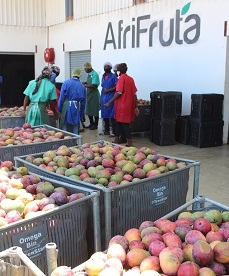 They remain committed to their outgrower procurement model, sourcing fruit from commercial growers and from about 3,100 families (comprising around 15,500 separate suppliers), represented by nine community agricultural associations based in small villages.

A quarter of their supply they grow themselves to provide a continuous base level of stock.

“One of the biggest impacts from our involvement with these communities that we have seen, have been at the local schools where we are involved in motivating students to enrol in school and finish their studies. Every year the number of students at school increase,” Jaco says. “Some of the suppliers who started as small-scale farmers have since progressed to farming bigger pieces of land, between 5 and 15 hectares.”

Mango, Afrifruta’s summer crop, and coconut, their winter crop, form a practical pairing from an operational point of view.

Five years ago they had one dryer, now five dryers desiccate their mango slices and coconut ‘smiles’. The dryers are run on coconut shells and husks and mango seeds; three of these dryers use the same amount of electricity as the single dryer with which they started. Jaco notes that the use of biomass for fuel has become standard practice among South Africa’s mango dryers as well. 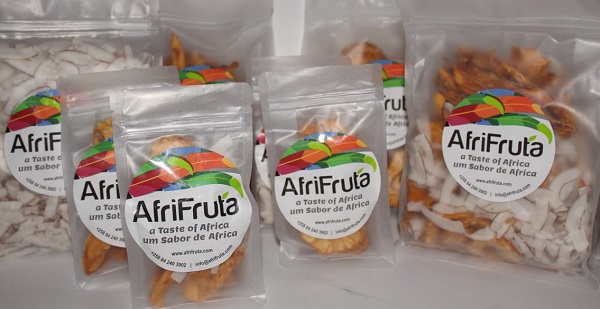 Afrifruta’s range of dried mango, dried coconut as well as a tropical mix with dried coconut, banana and pineapple

The price point on organic dried mango has in recent years come closer to that of conventionally dried mango and this year around three-quarters of their dried mango for export will be dried using sulphur dioxide which preserves the colour.

Afrifruta envisions greater involvement in their local and in the South African market, with regards to both fresh and dried product (negotiations with South African packers are underway) while also developing a client base in the UK and the USA for particularly their dried coconut.

Their coconuts are all organic, mostly from the mature remnants of the coconut plantations established by the Portuguese colonisers. “There is an enormous demand for cosmetic coconut oil in Mozambique,” Jaco says, while the diplomatic and aid community in Maputo provides a steady market for Afrifruta’s dried coconut ‘smiles’. 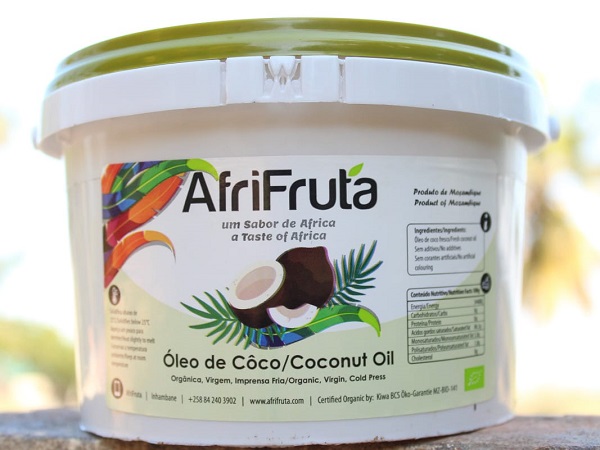 Afrifruta invests in training and agricultural extension services. They have, for instance, started topworking the mango trees grown by individual households in villages.

It took some convincing of farmers to let their trees be subjected to the drastic process of topworking. The mango orchards belonging to the chiefs of the various villages served as demonstration blocks to be grafted with scions of commercial cultivars, with an expected increase in yield and quality over coming seasons. 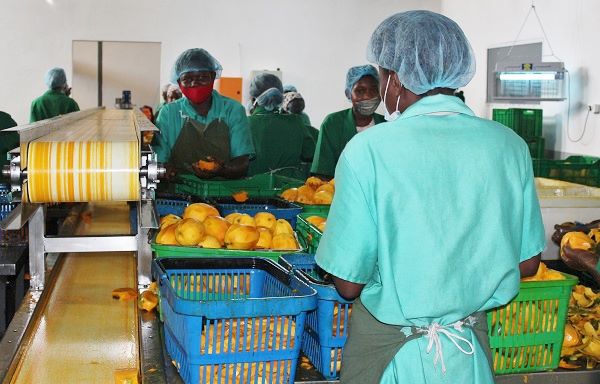 Mango preparation ahead of drying

“We’re busy with our first plantings of Brooks, a late variety which isn’t in Mozambique yet. We aim to extend our season by a month-and-half. We’ll be planting more Tommy Atkins, Kent and Keitt, as well as a local variety we have selected, a mid to late variety called Reiner.”

Jaco identified the Reiner variety among the wild-growing mango trees in the area, most of which usually have fibrous fruit, but not this one. The variety’s pronounced tropical flavour was ranked top by each tasting panel with their European clients; its acidity level is slightly higher.

Pineapples thrive in their tropical climate, but the absence of crop manipulation to force synchronicity of harvest is complicating its usefulness.

“Pineapples are a very difficult line for us because without fruit set manipulation, it’s not possible to forecast crop volumes,” Jaco explains. “Fruit set in winter is more synchronous, but then we get all of those pineapples while we’re busy with mangoes. We need to be able to plan pineapples to fit into our production schedule, and through an association we’re setting up with the agricultural associations with which we work, we’ll be improving pineapple production.” 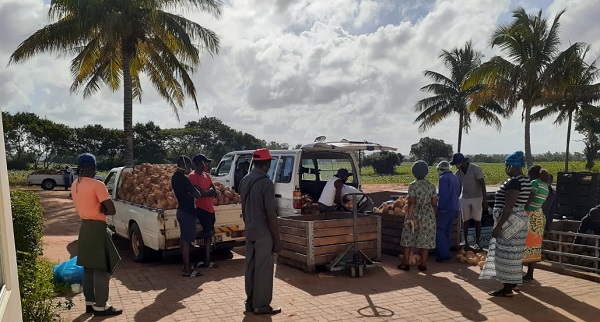 Afrifruta has over the past five years gone a long way to show what a people-centred, for-profit project in Africa could look like.