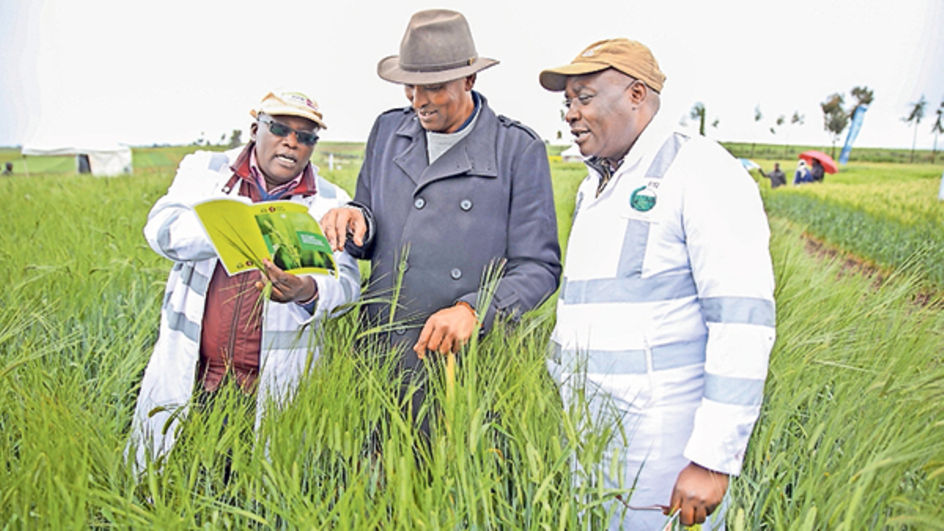 Mau Narok in Nakuru County can best be described as a fertile swathe of land where all kinds of crops thrive – from carrots, potatoes and cabbages to tomatoes and onions.
While the crops dominate most small farms, barley growing has also taken root in the region, driven by the ready market offered by East African Breweries Ltd (EABL) through East Africa Malting Ltd (EAML).
Kimursoi Nkaiwatei is one of the farmers growing the crop that is used in making beer.
He has been growing the crop for decades and selling it to EABL, with his experience encouraging many other people to embrace the crop.
“I started growing the crop while still a young man. By then most people were farming maize and wheat,” says Nkaiwatei, who currently grows the crop on 200 acres, has progressively increased the acreage over the years.
To grow the crop, one must prepare the land well by using herbicides to kill weeds in the field, followed by ploughing or chiseling and harrowing. One acre needs some 35-40kg of seeds depending on the variety. The recommended fertiliser ratio is 175kg per acre.
Spacing between the rows is 20cm while from one plant to another is 10cm. Top-dressing is done at 50kg per acre depending on the region and then a fungicide is applied 35 days after planting. A foliar feed is applied before flowering to control weeds.
EAML general manager Lawrence Maina says Mau Narok produces over half of the barley they buy for beer making.
Last year, the company received more than 40,000 tonnes of barley from Mau Narok and paid over Sh1 billion to farmers, who sell a kilo at Sh37.
QUALITY SEEDS
“I have constructed a permanent house and all my 22 children have university education due to barley farming,” says Nkaiwatei.
So what is the secret to rapid barley production in Mau Narok?
One of the things that have boosted production is new grain varieties namely Grace and Aliciana, with the latter offering up to 2,200kg per acre, says Maina.
Grace, on the other hand, harvests an average of 1,500kg per acre. This guarantees farmers higher incomes.
“These high-yielding varieties are as a result of heavy investment in research, which has translated into more money in the farmers’ pockets, besides good quality malting material,” says Maina.
David Kilesi, the pioneer of barley farming in the region, says supply of quality seeds and availability of extension officers is also a boost to farmers.
“Extension officers are also often ready to advise farmers on best practices and come in handy in case of pests and diseases,” says Kilesi, who is also the chairman of the Barley Gowers Association of Kenya and started growing the crop in 1972.
The older farmers are currently training their children on how to earn from the cash crop in readiness for transition.
For one to be contracted, the farm should be within the zoned growing area of barley as per the company and the land should be above 15 acres for purposes of mechanisation.
Some of the challenges farmers are grappling with are pesticide resistance, weeds and erratic weather patterns.
Diseases like a net blotch, scald, barley yellow dwarf virus and leaf rust are also a problem while pests include Russian wheat aphid, according to Geoffrey Ochula, the research and liaison manager at EAML.
Source: Daily Nation