Hydraform’s Journey Over the Kasai River

Hydraform’s Journey Over the Kasai River

The original M9 Hydraform Interlocking Machine was first produced in the year 2012. The block production was up to 500 interlocking blocks per 8-hour shift, popularily known as a convenient machine for a start-up business. With the rising demands all over Africa, brew a new idea of a flat pack machine – that could be assembled onsite. 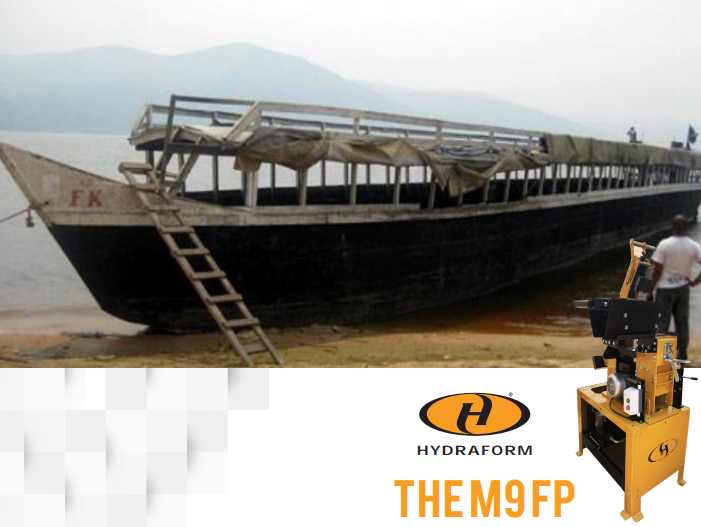 The technical team at Hydraform began the draft process to assess the most viable way in executing the flat pack method. The onset of the machine requirements stemmed from Mr. Frank Duffau, Hydrform’s client in the Democratic Republic of the Congo (DRC) of Wildlife Works.

Duffau opened up an international tender for the acquisition of brick making machines for a project in the DRC. About 12 companies replied with generic products – Hydraform developed the real solution – the M9 Flat Pack, with competitive pricing making it feasible in the DRC harsh climate environment.

And so, the journey of the M9 Flat Pack began (known as the M9 FP). First the shipping of the machine had to be reconceptualised in a broken-down crating format. The requirements were to ensure none of the components of the machine should be larger than 60 kgs in order to be handled effectively and transported in traditional baleinieres (whaling boats), to the field office in Inongo, a remote village in the DRC.

The machine was packed in a container in Johannesburg, South Africa, then transported to the port in Durban, shipped on a vessel to Matadi port in the DRC. In Matadi it was then loaded onto a terrain truck along with the other supplies needed such as fuel, cement etc. Along the journey from Matadi to Inongo there was no heavy lifting machinery, no landing-craft, no equipment to handle the material, just onsite staff.

Enroute to Inongo, the journey of about 650 km would take a good 4-wheel drive about a day at best, through difficult tracks, thick rain-forest, over used and abused by all sorts of vehicles that often breakdown in the middle of the track, bogged in the mud. Once in Bandundu the track crosses the famous Kasai River to reach Isaka. The end of the road. At this point all cargo is off loaded off the truck by hand and reloaded back onto the baleinieres to charter a 160 km journey on the Fimi River, passing Kutu and entering the large lake of Mai Ndombe (the lake of “black waters”). The lake is incredibly shallow although 130km long and 90km wide, the depth is around an average of 8 meters making the water very turbulent. Similar to the ocean with large and continuous waves, strong winds and currents and of course one can only rely on themselves, if something went horribly wrong there was no search and rescue available to assist.

Everyone was hoping for pleasant weather to make the waters calm and peaceful, but this is always impossible to plan and schedule any transit times. Arriving in Inongo, the cargo was offloaded from the baleinieres and transported to their offices. The team was supposed to fly from Kinshasha to Inongo and meet the machine but after hearing of repeated incidents with the airline in mid-flight the team decided to postpone the trip. Once another airline was available 3 weeks later, they arrived in Inongo. Duffau said, “We are indeed very happy with Hydraform thus far, they really stood to the challenge continuously, even air freighting parts that were necessary for the reassembly of the machine, at their own costs”.

Now that the team and machines are on site the planning can begin. Firstly, preparing the site and mobilizing construction materials for the Hydraform Machines, secondly, inviting a Hydraform Trainer to fly to Inongo and assemble the machine. Thirdly, train all the personal on how to maximize block production and finally start the construction of a planned workshop which is hoped to serve as training on how to use the Hydraform bricks to erect walls.

The M9 Flat pack will serve as a way to produce blocks in the most remote locations. Together Duffau, the team and Hydraform Machines will work to improve education, dignity and defy the stereotypes. Travelling further for a cause. 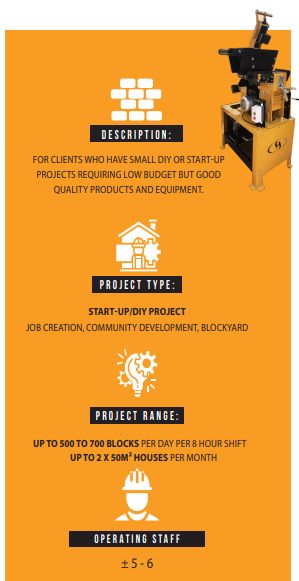 Find out more about Hydraform under our company listings: www.agri4africa.com/listing/hydraform