Harvesting yam: When is the best time?

When is the best time for harvesting yam? Science says when the lower leaves turn yellow

Yam is a staple food in Nigeria and harvesting yam takes time and patience. The country also accounts for 60% of the world’s yam output and 74% of West Africa’s. The challenge is that farmers often rely on guesswork or old traditional methods to determine when it’s best to harvest their yams and reap the maximum yield. Bolanle Akinwande found a scientific process that allows farmers to make much more accurate decisions about harvesting. 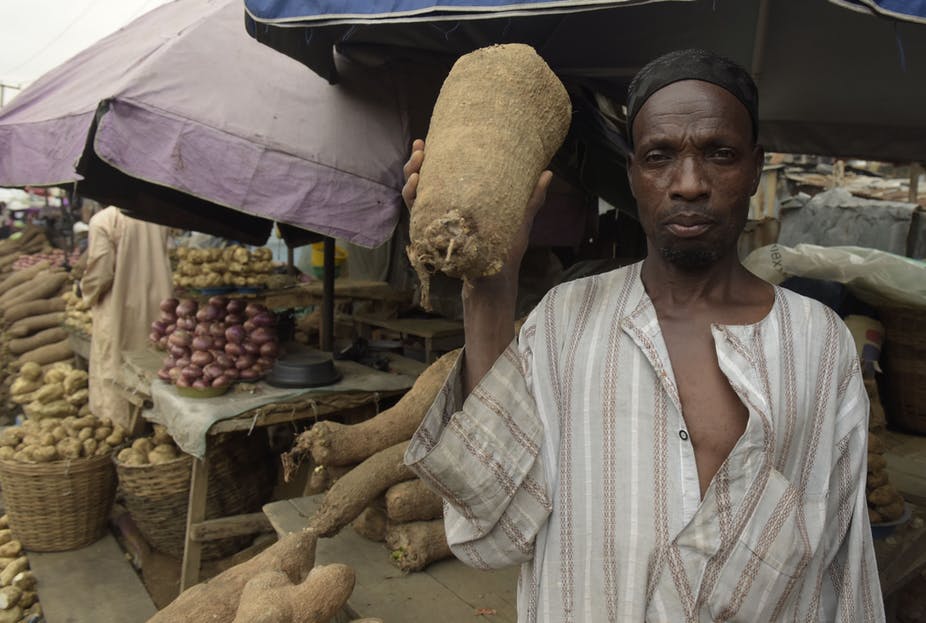 A vendor holds a tuber of yam for sale at the popular Mile 12 market in Lagos. Pius Utomi Ekpei/AFP via Getty Images

Grown as a staple food, the tuber of the yam plant is its economically important part. The yam tuber, as in other tuber crops, is essentially a starchy or carbohydrate food and its principal nutritional function is the supply of calories.

The challenge, however, is that the onset of maturity in yam is not well understood and the date of harvest often bears no relationship to the functions and activities of the tuber. As a result, farmers aren’t able to accurately determine the best time to harvest the crop.

In the course of my research, I have found a scientific process that would enable yam farmers to determine the earliest possible time at which harvesting could be done. I found that the most advantageous time to harvest is when the starch content of the leaf is at minimum levels. It’s at this point that the lower leaves start to turn yellow. I established that this happened before the whole leaves started to decompose, some six months after planting had been done in the rainy season.

Harvesting yams at this point would have two major benefits. It would help improve the food and storage quality of the yam. It would also ensure that the farmer could use the same plot of land for planting another crop, especially vegetables, before the end of the rainy season to generate more income. This would benefit subsistence farmers enormously.

The process of harvesting yam

My research involved planting whole seed tubers of various sizes (100 g – 300 g) from five local varieties and 15 genotypes of white yam at the beginning of the rainy season. I conducted my research in 2003 and 2004 but the findings remain relevant.

Harvesting was done at monthly intervals four months after planting was done and when the vines began to emerge. Harvesting continued until the point at which the foliage started to decompose.

Within this period the dry matter, sugar and starch contents of both the leaves and yam tubers were measured. The aim was to derive an indication of the best time to harvest the tuber.

Since yam tuber is essentially a starchy food and its principal nutritional function is the supply of calories, it is most appropriate to harvest it at this time, especially with no appreciable increase in tuber yield any longer.

I concluded from my research that the starch content of leaves was the determining factor for when the tuber had reached maturity. The yam tuber was fully matured when minimum starch content was obtained in the leaves. These low levels of starch content were marked by the yellowing of the lower leaves of the plant. This provided a clear indication of the earliest possible time to harvest the yam 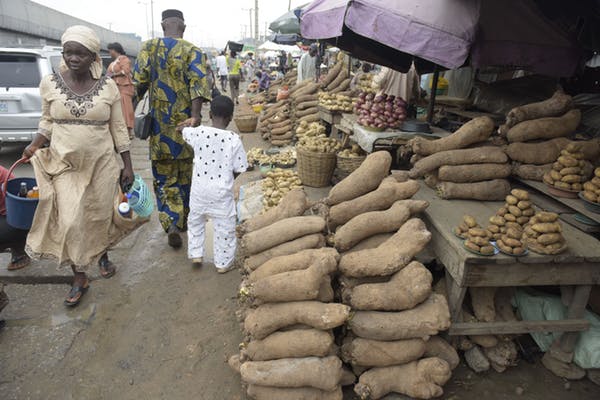 Tubers of yam on display for sale at the popular Mile 12 market in Lagos. Pius Utomi Ekpei/AFP via Getty Images

The problem with harvesting yam

These rather crude indices had been developed over the years. They were based on observations of the ageing process of parts of the yam, percentage of the tuber length that was whitish at harvest or those that had a bitter taste after cooking.

Using these methods meant that more emphasis was placed on an individual element, such as the taste after cooking. But this amounted to what I call a “maturity of convenience”, rather than “harvest maturity.” And it’s generally a compromise between social requirements and those of the plant’s biology.

The result is that yam tubers are harvested either too early, or too late.

By using the simple technique of harvesting when the lower leaves begin to turn to yellow, farmers can harvest before the entire leaves decompose and be sure of matured yams being harvested. It will also mean that farmers will be able to use the fields to plant for income-earning crops such as vegetables before the end of the farming season. This could translate into improved livelihoods for farmers.

Published by: The Conversation 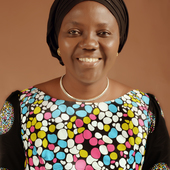