Every year the Lowveld gold kiwi crop gains in mass 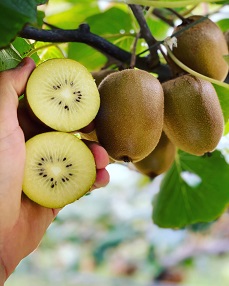 The gold kiwi harvest at Gold Tree Farms ended in the last week of February 2022 in White River, Mpumalanga, with two containers that were shipped to France beginning of March, says Malcolm Deacon, managing director of Gold Tree Farms and Midlands Gold Kiwi farms, in Mpumalanga and KwaZulu-Natal.

“We are really pleased with this season’s crop which peaked on a count 30, around the 100g mark with good Dry Matter. About 50% of the crop sat between 115g and 95g, so we’re really happy with that. We’ll be packing five containers this season from White River between Rivers Bend and Gold Tree Farms, with the last batch to be shipped out this week (beginning of March 2022) from Cape Town to get to the market as quickly as possible,” he says.

The gold kiwi harvest runs over a week or two, and for the first time it has been packed at Halls, in Mataffin where it fills a gap before their avocado season takes off.

“With volumes increasing there’s a lot of fruit that needs a to get off the vines very quickly, so you need the pack lines that can manage the big volumes. Halls have been really great to work with.” 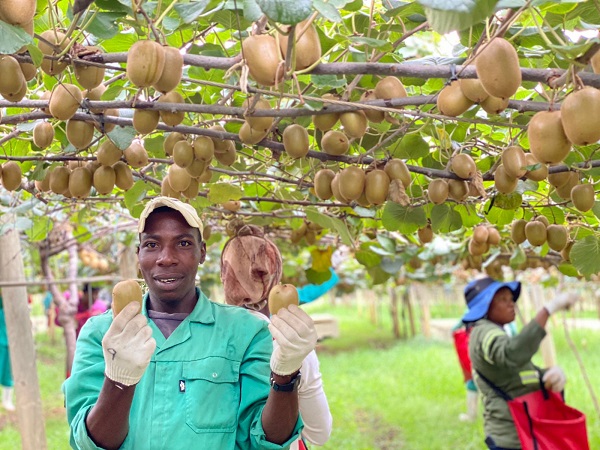 Their kiwis are packed into Primland’s Oscar® Gold brand, with a few pallets sent to the domestic market.

Two-year waiting list at kiwi nursery
Gold kiwi volumes are increasing every year as orchards expand. “New kiwi varieties have opened up parts of South Africa to kiwi production that would never have been possible before. The gold has different cold requirements from the green, so you can move into different areas and it’s definitely opened up the space.” 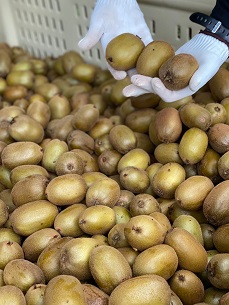 A semi-young industry, Malcolm calls the kiwi industry, which has gone through a bit of trial and error.

In their case they’ve had to replace the original rootstock in their orchards with the industry standard Bruno. It has made a massive difference in fruit size, replacement cane and general plant health, Malcolm says.

The spinoff of the large-scale rootstock replacement was that they started their own commercial nursery which supplies much of the kiwi industry, with a two-year waiting list.

“There’s a lot of interest in the country in gold kiwis at the moment. Guys are looking to find crops that could go to export markets and something intensive that you could do on a smaller area.”

He notes: “Gramme per gramme, kiwis have double the vitamin C content of oranges, according to analysis.”