Fungiculture and Success in Malawi

Fungiculture and Success in Malawi

The list of agricultural problems in Malawi is long; they appear intractable — impossible to solve. However, shortening that list has consumed two young social entrepreneurs. With support from the Resolution Project and the Mastercard Foundation, they are training women and youth to start their own sustainable mushroom farms.

“We are the leaders of today and not tomorrow,” said Yamikani Ng’ona. “For development to happen in the communities, it all begins with us,” said Jireh Mwamukonda.

Yamikani and Jireh just graduated from EARTH University in Costa Rica with undergraduate degrees in Agricultural Science, thanks to a scholarship from the Mastercard Foundation. EARTH University, founded in 1986 with support from USAID and the W.K. Kellogg Foundation, prepares young leaders from around the world to contribute to the sustainable development of their home communities while constructing a prosperous and just global society.

In November 2019, Yamikani and Jireh won a competition sponsored by the Mastercard Foundation and the Resolution Project that includes seed funding to pursue systemic agricultural and social change in their communities. Their idea to train women and youth to grow mushrooms, at the MUSHECO Farm, came from surveying local Malawian communities. They discerned that empowering women and youth would help ease unemployment and malnutrition.

“Networking and interacting with different youths from different parts of Africa brought about the MUSHECO Farm,” said Yamikani. “We talked to different youths in Africa and analyzed how they face the same challenges in their communities.” Jireh added, “we realized that starting a mushroom farm, which is cheap on a small scale, is the key to solving these problems.” 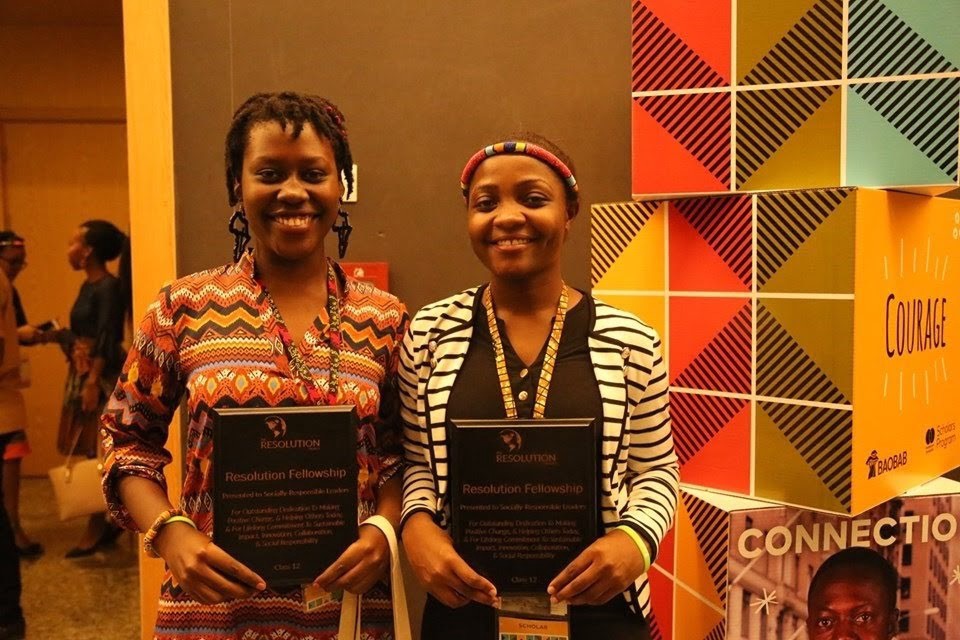 Jireh Mwamukonda and Yamikani Ng’ona, Mastercard Foundation scholars from EARTH University, are one of the fifteen teams of emerging African social entrepreneurs selected as winners of the 2019 Resolution Social Venture Challenge.

Malawi: Poorest of the poor

Malawi consistently ranks among the top of the world’s poorest countries. Half of the country’s 18 million people live below the poverty line, with nearly a quarter of the population living in extreme poverty, according to World Bank statistics. Undernourishment persists; USAID reports that one-fourth of the population consumes less than the required daily calories. Eighty-five percent of Malawian households rely on rain-fed subsistence farming to feed their families, but declining soil health, deforestation, and a rapidly changing climate with increasing floods, droughts, and temperatures threaten their food security and that of Malawi’s smallholder farmers. The economy is heavily dependent on smallholder agriculture, employing nearly 80 percent of the population, reports the World Bank. Except for Malawi’s two major commodities, tobacco and tea, agriculture production is low and mostly sold at community markets.

Unemployment and underemployment plague Malawian women and youth. According to the most recent labor force survey by the International Labor Organization, over 22 percent Malawi’s youth aged 15–24 are “neither in employment, education or training, and approximately 27 percent of those with a job are underemployed. Women are especially disadvantaged due to lower earnings than men and with two-thirds among those of working age in vulnerable employment.”

Building a resilient nation that can withstand “natural shocks and disasters” underlies all development efforts undertaken by the Government of Malawi. The Third Malawi Growth and Development Strategy 2017–2022 (MGDS) emphasizes sustainable agriculture and climate change management, remarking that “Agriculture is the mainstay of the economy, contributing close to a third of the country’s GDP and employing the majority of the labor force.” However, the report also notes the strategy’s obstacles:

Its potential is hampered by dependency on rain-fed agriculture with its attendant challenges stemming from climate change and poor water management. In addition, there are other challenges such as post-harvest losses, lack of agriculture diversification, small size of landholding, land degradation and lack of investment in research, extension and underdeveloped market systems.

On a more hopeful note, the MGDS goes on to say that investment in climate change adaptation has the largest “multiplier effect” on agriculture and poverty alleviation.

So when Yamikani and Jireh entered their community project to the Resolute Social Venture Challenge, they integrated climate change planning into their efforts to train women and youth in a sustainable agricultural venture. 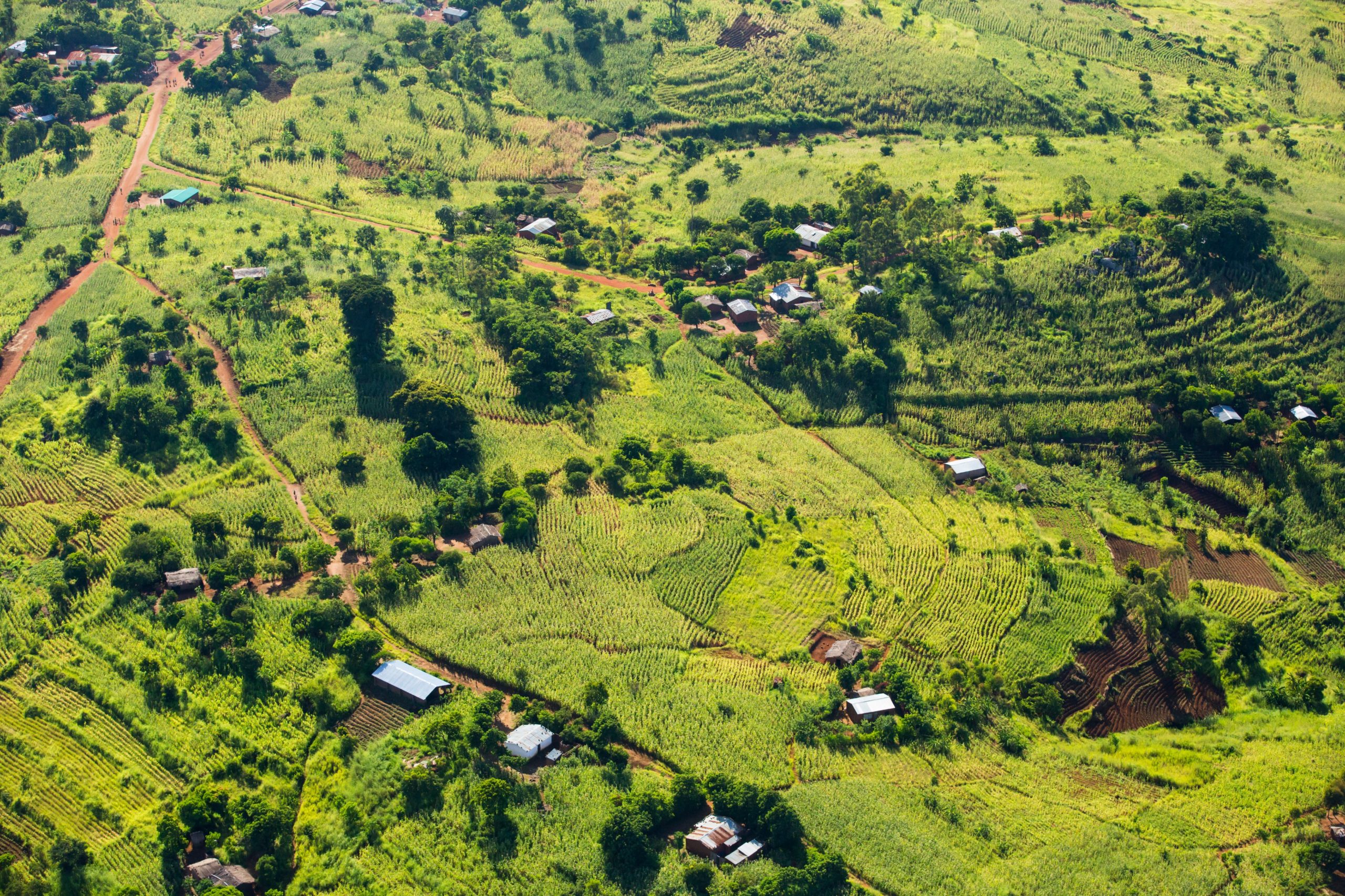 Looking down on deforested forest slopes in Malawi from the air illustrates how farmland for subsistence agriculture is replacing the country’s forests. Malawi. The country is suffering rapid deforestation, to provide both land for farming, and for making charcoal, the main cooking fuel.

The abundance of agricultural waste in Malawi — maize stover or biomass — makes mushroom cultivation an attractive option for ordinary Malawians whether they live in villages or near cities. All they need is training, argue two scientists in a study published in Advances in Microbiology. But they also need water — a resource in short supply during the long 9-month dry season and during droughts.

To solve this constraint, the University of Malawi won a 2017 USAID-backed Grand Challenge for Food grant to design and develop a water efficient “flask-wall” mushroom growing house for Malawi’s smallholder farmers.

The mushroom house reduces moisture escape and enhances recycling of water through condensation. The technology sets a micro-hydrological cycle where the initial water supplied into the house re-circulates as water vapor. Excess loss to the external environment is prevented. The design greatly reduces labor requirements and watering frequency allowing growers mostly women to attend to other household chores. 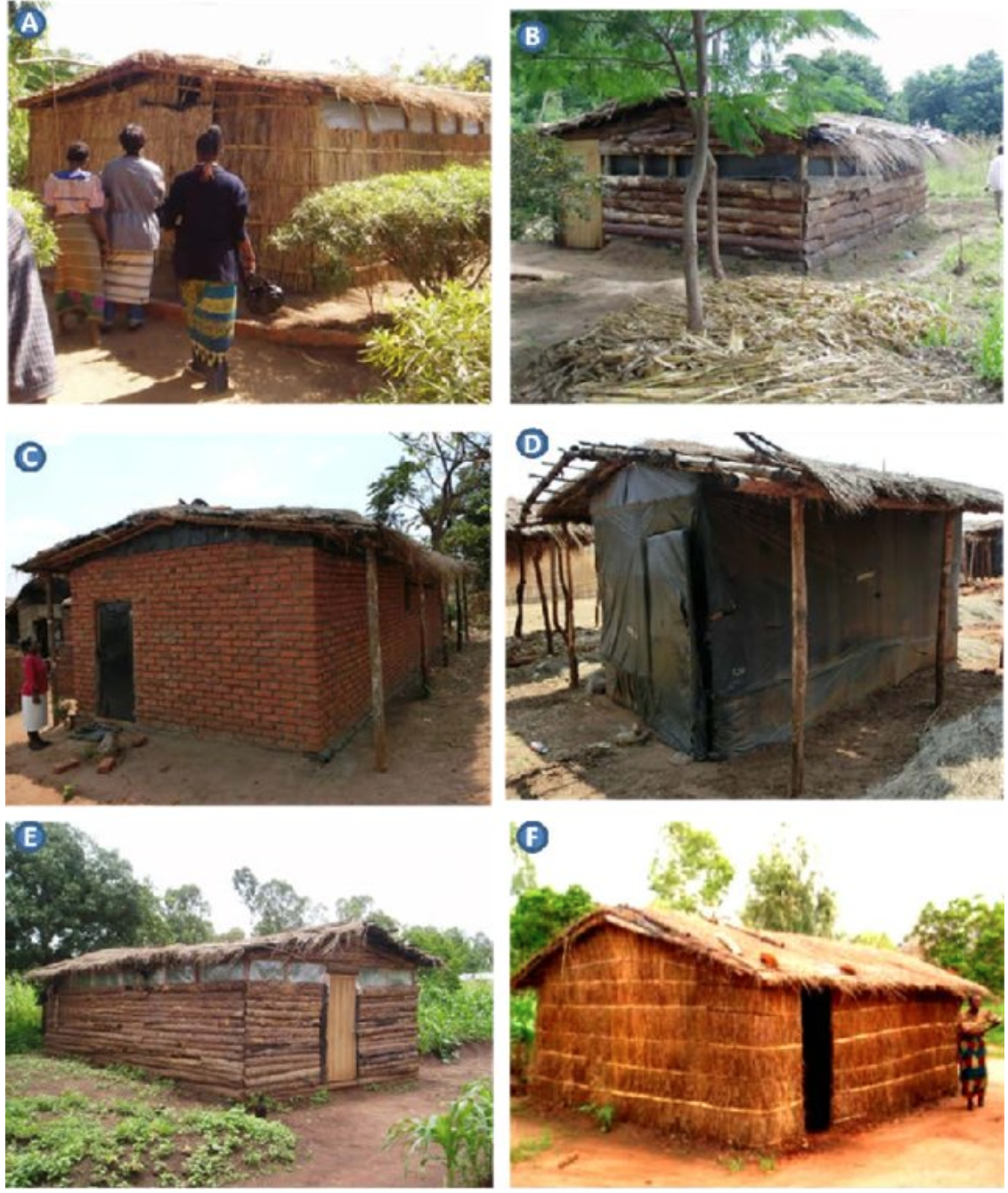 A sample of mushroom houses used in Malawi. Sources of photographs: (A) and (B) from the Mushroom Project at Chancellor College; and (D) by A. Chioza; (E) and (F) by P. M.G. Mpeketula. Photos courtesy of University of Malawi.

Building a water-efficient mushroom house, like the ones shown here from the Mushroom Project at the University of Malawi’s Chancellor College, solves one constraint. The other obstacle is access to markets. And that’s where Yamikani and Jireh’s concept for MUSHECO farm plays a key role.

The International Labor Organization study also revealed that most firms believe there is an export demand for Malawian horticultural products. “However, skills are a key limiting factor affecting the sector’s capacity to achieve its export ambitions, and even to supply domestic customers in retail and hospitality that require reliable deliveries of high-quality vegetables,” the study reports.

The MUSHECO Farm project provides both skills and access to retail and hospitality buyers.

The two social entrepreneurs say the mushroom farm will have “two permanent workers where to train and mentor the unemployed youth and women on how to grow mushrooms in a sustainable and innovative way using maize biomass.” They also stress teamwork. Yamikani said:

These two groups will work together in teams. After the training, the youth and women will be able to run their own mushroom farms and we will encourage them to partner with their team members. Having their own farms will help them generate income to sustain themselves and their families.

The mushrooms that are produced during these training sessions will be sold at local markets to meet the nutritive needs of the people in the community. And after the trainings, the groups will sell the mushrooms to the project MUSHECO Farm to sell in supermarkets, restaurants, and hotels across the country.

Maintaining contact with other mushroom growers after the training promotes knowledge-sharing and is considered a best practice for building capacity and engendering success. Additionally, the introduction of selling to buyers representing “supermarkets, restaurants and hotels” multiplies the potential success rate of the newly trained mushroom farmers.

“Lack of fixed markets is also a problem, where the farmers produce and do not have a markets for their products,” said Yamikani. “For this reason, most farmers have been victims of vendors who buy their goods at lower prices. Instead of the farmers improving their lives, they are still striving to survive because of this behavior.”

That makes the training at MUSHECO Farm all the more relevant. In sum, the project meets multiple priority areas set out by the Government of Malawi in the MGDS III, including:

The Mastercard Foundation is guided by its mission to advance learning and promote financial inclusion for people living in poverty. To achieve this, its Young Africa Works strategy sets out to employ 30 million young people in Africa, especially young women. Investing in social entrepreneurs like Yamikani Ng’ona and Jireh Mwamukonda, with on-the-ground knowledge of the people and culture, shows what works to lift up the lives of Malawians. It will pay a high return on investment — a smart long-term “shared-value” approach for international development and expanded access to financial services.

“In most countries, youth and women have had minimum participation in making decisions at a family level and a national level. This has disenfranchised a lot of youth and women since they are seen as the dependent ones,” said Yamikani.

“The training at MUSHECO Farm is a way of giving power to them,” she said.