Kamal Hassan Mahmoud’s new Axial Flow 4088 combine harvester was the star of the show at a Case IH demo day on 26 March 2022. Sixty farmers from around the region attended the display on Mr Mahmoud’s farm in New Halfa, in Kassala state in eastern Sudan.

The new combine performed in a wheat crop with a 2060 Series 20-foot (6.10m) grain header, with the straw being finely chopped and spread for integration into the soil. 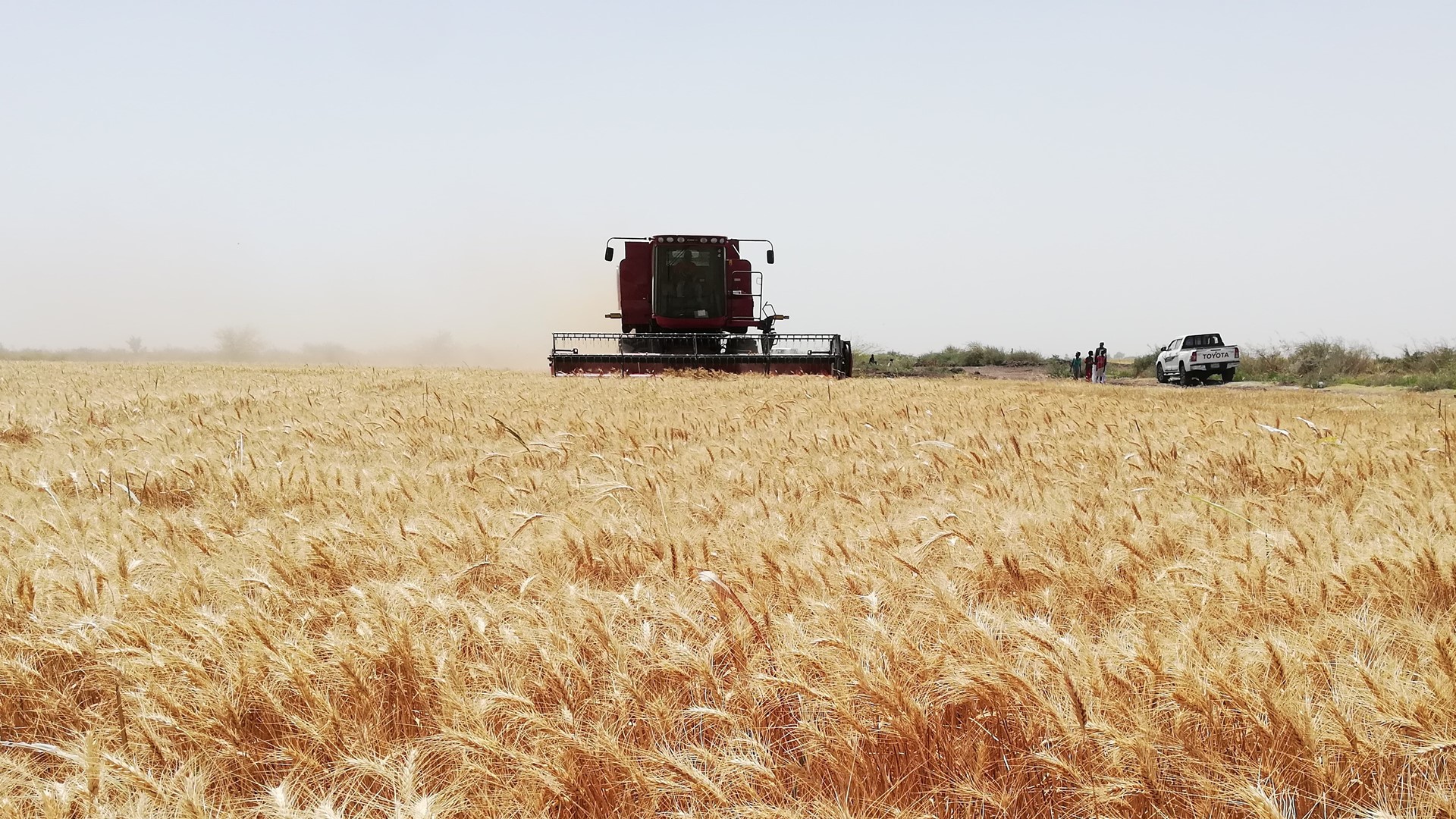 “I have always been at the forefront of new technology,” said Mr Kamal. “I am very glad to be the first owner of Axial-Flow 4088 in Sudan. I immediately understood that this combine harvester could give to my farm the chance to improve the productivity every day like no other could. And after having seen the quality of the output, I confirm my expectations were met.”

The visiting farmers were shown how the Axial-Flow 4088’s central rotor technology and fewer moving parts means that the combine can be more reliable and less costly to maintain than either conventional combine designs or more complex rotary and hybrid machines. With a rated power of 210hp and a maximum power of 240hp, the 4088 has a horizontal twin disk spreader system, with two speed spread control, that distributes the chopped straw evenly onto the field. A straw beater is also available for baled straw.

Ten staff from local Case IH distributor Central Trading CO. LTD organised the day. They were joined by Valerio Domenici, Case IH’s Business Manager for Sudan and Harvester specialist for Africa, who stated, “I first gave a short class to explain the simplicity and versatility of the Axial-Flow 4088. Everybody was very interested. But it was only when I showed the same concepts under the hood of the harvester that they were totally impressed by the few moving parts of this incredible threshing design. And when they sampled the output grains, there were no doubts any longer. Another Axial-Flow has made its way to a new market.”