Ruth Tugabirwe is one of fifteen young women farmers from the Rwemirokora village in Uganda who received training from HarvestPlus in early 2020. This training focused on methods of farming biofortified crops such as vitamin A-biofortified orange sweet potato (OSP) as well as the multiple benefits they can bring to farmers.

These trainings are part of HarvestPlus’ efforts to improve nutrition and public health in Uganda by promoting the cultivation and consumption of vitamin A OSP. Uganda is ranked fifth out of 119 countries for expected nutritional impact from investment in vitamin A OSP, according to the HarvestPlus Biofortification Priority Index, thus making Uganda a good location for HarvestPlus and partners to train farmers on its production, cultivation and sale.

Inspired by the information given to them during the HarvestPlus training, Ruth and her counterparts went on to found the Rwemirokora Kizari Farmers Group, with the intention of jointly leasing land for cultivation and engaging in the sale of OSP. 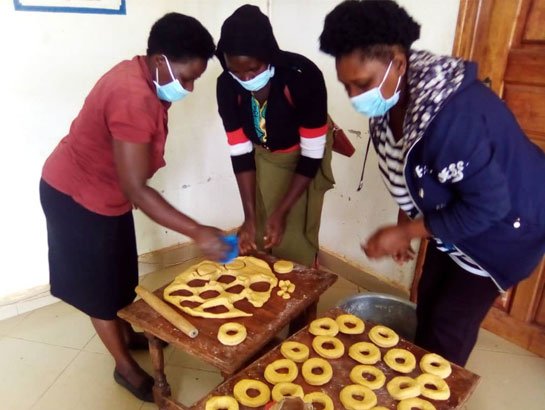 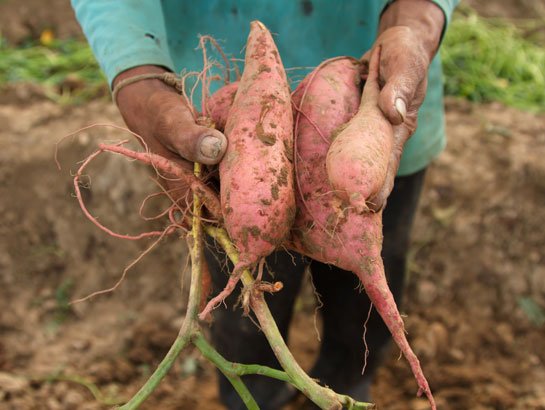 The all-female group of young farmers then went on to successfully cultivate OSP by the first planting season of 2020 and in the months that followed. The OSPs cultivated by them are sold in local and neighbouring markets as either roots or processed snacks.

“We sell the orange sweet potatoes as roots or snacks in all the markets in Bushenyi and Rubirizi districts. We also have a stall near greenland gardens in the Rwemirokora Ishaka division and at the Kizinda market in the Bushenyi district,” said Ruth.

The group has also managed to get larger, more-regular buyers of OSP beyond local or neighboring marketplaces. “We have even established an agreement with the Rubirizi district local government to supply OSP snacks during their district meetings,” shared Ruth.

When OSP is  in high demand, the group is able to make a daily profit of up to UGX 200,000 (approximately USD 50) from selling its snacks, roots, and vines. With these profits, the group has been able to open up larger OSP gardens to improve their yield.

Ruth shared that with increases in the yield of OSP, “we have also started supplying OSP to small shops and markets up to twice a month.”

The Rwemirokora Kizari Farmers Group has not only been able to collectively improve income levels but has also made wise decisions that improve the way the group saves money. For example, the group has registered a savings and loans scheme where group members are able to save up to UGX 20,000 (approximately USD 5) every month.

Emboldened by their success, the group is now paying it forward by training other groups of young farmers in the district on how to grow OSP, including the Abaryakamwe and the Kichwamba Kizari group. 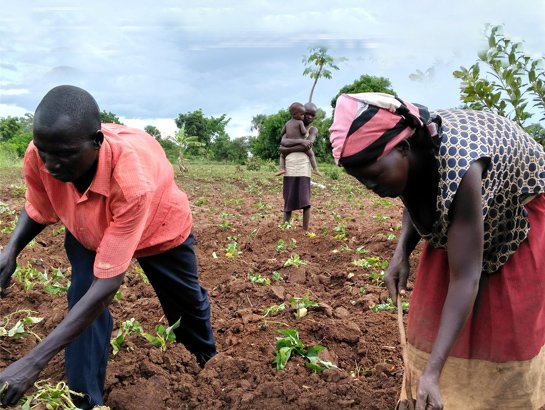 Saving for the future

To be sure, the group currently faces certain challenges in selling their products, like high transport costs of transporting their roots from the gardens to the markets, as well as a lack of processing equipment to quickly process the OSP. To cope with these challenges, the group is saving for and planning to set up a processing factory for OSP roots.

The Rwemirokora Kizari Farmers Group is a testament to how HarvestPlus’ trainings and outreach have helped to empower the youth, especially women, to lead more active roles in their communities and to help themselves by improving their means of livelihood and sources of income. The “pay it forward” approach inherent to HarvestPlus’ efforts has evidently borne fruit, given that  many other farmers and farmers associations in Uganda are following in the footsteps of the Rwemirokora Kizari Farmers Group.

To date, six vitamin A OSP varieties have been released to farmers in Uganda through the the current USAID Meals for Nutrition Biofortified Solutions in Uganda (MENU) and the preceding Developing and Delivering Biofortified Crops (DDBC) project, both of which have been funded by the United States Agency for International Development (USAID) under the United States Feed the Future Initiative.

By the end of 2020, more than 1.1 smallholder farming households—comprising 5.5 million people, or nearly 12 percent of Uganda’s population—were growing and eating these OSP varieties.