Commercial cannabis, steaming all over Africa

Commercial cannabis, steaming all over Africa

In his 2020 State of the Nation Address, President Cyril Ramaphosa noted on commercial cannabis that “this year we will open up and regulate the commercial use of hemp products, providing opportunities for small-scale farmers; and formulate policy on the use of cannabis products for medicinal purposes, to build this industry in line with global trends. The regulatory steps will soon be announced by the relevant ministers.”.

This is already part of the sectoral master plans that are being developed, specifically the Department of Agriculture, Land Reform and Rural Development, as well as at the Department of Trade, Industry and Competition. 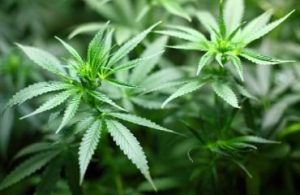 President Cyril Rampahosa said at Sona that government would formulate policy on the use of cannabis products for medicinal purposes.

South Africa is not the only African country that is suddenly taking interest in cannabis. various other countries in Africa have started looking at commercial cannabis and it’s useful properties.

A number of Africa countries have in the recent past reformed their cannabis regulations – moving away from it being a prohibited drug to a source of income as an exportable commodity. This is motivated by the promise of riches, with many policymakers viewing the burgeoning cannabis industry as offering prospects for boosting rural economic growth and job creation. This seems to be particularly the case for South Africa, although it is still unclear how much revenue the country can derive from this plant. Such countries include Lesotho, which was the first African country to issue licences for the cultivation of medical cannabis in 2017. This saw international investment being directed into the country in 2018. Zimbabwe issued its first cannabis licence in March 2019.

Zambia is the latest country to legalise medical cannabis, announcing in December 2019 that medical cannabis for export would be permitted in the country. However, the government has stressed that cannabis will remain prohibited for domestic use.

Uganda has also taken positive steps towards legalisation of medical cannabis, having issued commercial licences to two operators, and looking to potentially legalise medical cannabis cultivation in 2020. Other countries, like Eswatini, have also put in place a draft bill regulating cannabis. Similarly, to Zimbabwe, cannabis production in Eswatini is restricted to medicinal purposes and scientific research. Malawi has also moved glacially in putting in place its own licensing regime. Export markets and foreign exchange earnings are the key drivers for cannabis regulatory reforms in this country. In short, many African countries are gradually considering legalising the cultivation of cannabis for medical and scientific purposes.

Those countries where reforms are in motion are using the Canadian code as a guide for developing their licensing regimes.

For many of them, the major motivating factors are boosting exports to earn hard currency, reducing unemployment, rural development and increasing agricultural productivity.

Broadening their tax base is another important consideration, which in the South African case has been noted by the Finance Minister, Mr Tito Mboweni.

I won’t dwell much on my ideas about how South Africa should explore the virtues of cannabis as I have also covered the subject in one of the chapters in my upcoming book —  Finding Common Ground: Land, Equity and Agriculture  — which will be published by Pan Macmillan in April 2020 (It will be available nationwide. You can pre-order it here).

This article was written by Wandile Sihlobo. For any questions, you can mail us at info@agri4africa.com or visit our site for other exciting business opportunities!