Baobab Holds Out Promise for Malawi’s Farmers and Forests

Baobab Holds Out Promise for Malawi’s Farmers and Forests 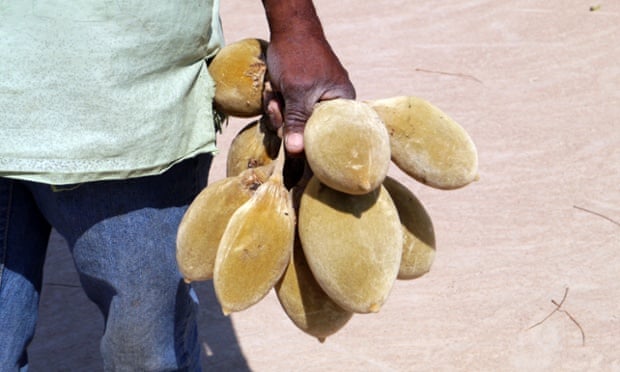 A man carries baobab in Malawi. There is growing interest in the fruit in several countries including the UK and the US. Photograph by Sam Jones

Sitting in his well-ordered office on the outskirts of Malawi’s capital, Lilongwe, Chris Dohse reflects on the metamorphosis of the mango. How, he asks, did the once-exotic south Asian fruit achieve high street ubiquity, reinventing itself as everything from a cheesecake and smoothie to salsa and skin cream?

“Somebody must have looked at the mango and said: ‘Here’s an interesting product. We’d like to develop new markets and new outlets’,” he says. “They must have said, ‘What is it that the Europeans like?’”

But while its commercial trajectory fascinates the 49-year-old German entrepreneur, the mango is not his concern. As the sachets of powder, tubs of lotion, jars of jam, and bottles of juices and liqueurs that line his shelves testify, his hopes – and his money – are on a rather more niche fruit: baobab.

When it was first licensed for the European food market six years ago, baobab was – with a certain inevitability –proclaimed a superfood to rival quinoa, blueberries and kale. Its yellow-green, suede-soft pods contain a dry pulp that has more vitamin C than oranges, more calcium than milk, more potassium than a banana, more magnesium than spinach, and more iron than red meat. And then there is the tree that bears it. The baobab attracts myths and legends, just as its flowers draw the bats that pollinate them.

In many versions, its distinctive, capillary-like branches were, once upon a time, its roots. Angered by the baobab’s grumbles about the beauty and fecundity of other trees, the gods silenced it by tearing it from the soil and planting it upside down. 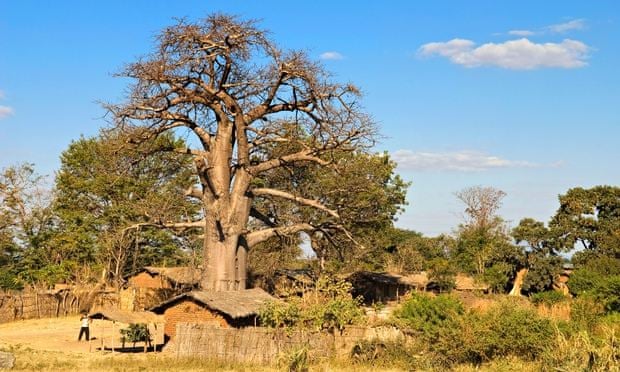 As Dohse puts it: “When you talk of African icons – the Masai warriors, Kilimanjaro, elephants – the baobab is one of them.”

Today, its fruit can be found on the shelves of British and European shops, in chocolate, cereal bars, jams, sauces and even gin. At the end of September, the Eden Project in Cornwall holds its second baobab festival.

Dohse, who is the managing director of the Malawi-based company TreeCrops – which buys and processes baobab and other wild-plant products – believes the world’s appetite for the tangy fruit is sharpening.

Over the past 13 months, he has sold more than 50 tonnes of baobab powder to his South African distributor and to the local market, where it is used to flavour drinks and ice lollies and sprinkled over porridge.

However, his interests extend beyond the balance sheet. A forester by training, he came to Malawi in 2000 to work for the German Development Service on a project to safeguard the country’s natural resources. As the Malawian market for baobab drinks and lollies took off, Dohse realised that the fruit could have an international appeal.

He also realised that the commercialisation of the baobab could provide rural communities with a financial incentive to protect their woodlands and act as a bulwark against deforestation in a country that is losing its trees at a rate of around 3% a year as people clear land for firewood and farming.

Evidence of that clearing is not hard to come by: the air around Lilongwe’s crowded markets and bougainvillea-lined suburbs smells of woodsmoke. A couple of hours’ drive south-east, towards Lake Malawi, flames flare through hillside forests and the air scratches at the throat and eyes as smoke softens the horizon. 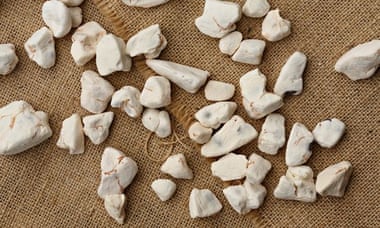 Dried baobab fruit pulp. It can be dissolved into water to make a vitamin drink or sprinkled as a powder in drinks and food. Photograph by Anna Quaglia/Alamy

“They say Malawi is the warm heart of Africa. It isn’t. It’s the burnt heart,” says Dohse, wincing. “I’m driving through this beautiful landscape and I’m breathing in grey air.”

Persuading people in an overwhelmingly agricultural society to think twice before cutting down trees and burning land to make way for maize and other crops has not been easy.

When Dohse and his colleagues travel to the countryside in search of collectors to harvest the baobab fruit in March and April, they stress the economic benefits of trees. “We ask them to list all the items they get from the forest in a year and to put a value on them,” he says. “We add that up and show them, and tell them to imagine what would happen if all that was suddenly gone – if the land was cleared for farming or sold. That is a very, very strong lever for creating an understanding of the threat of losing resources.”

As well as protecting the forests, the money from TreeCrops provides collectors with an additional income to the cash they usually earn through farming.

Andrew Mbaimbai, chairman of the 259-strong Zamnkhalango association of collectors, has worked with TreeCrops for a decade. He reckons he has made around MWK280,000 (£440) this year by harvesting baobab and the feathery seeds of the strophanthus kombe vine, which TreeCrops sells to the pharmaceutical industry for use in heart drugs.

“Now I have a little money and I feel comfortable,” Mbaimbai says. “The money I have made has helped me send my four children to school and to build a house. I am planning to build another; I am just saving up to buy the bricks.”

Edith Matewere, who sits in a room in Mkope Mwerembe village splitting baobab pods with a panga knife, started collecting the fruit seven years ago. Before that, she supported her three children – and her half-sister’s two orphaned children – by farming and weaving mats.

“The money is better now, and I can earn enough for food and clothes for the children – and I can buy clothes and kitchen utensils for myself,” she says. Most of the MWK39,940 (£64) of baobab she has sold TreeCrops this year will go on food; the rest will be used to fix the roof.

But, argues Dohse, the benefits of baobab transcend the individual. He points to the premiums the company pays for organic certification of traditional knowledge and access rights.

“That gives them an incentive to value the resource more highly,” he says. “Suddenly, there’s money coming out of the blue. Some of that money goes to social projects in the community, like the repair of community waterpumps or school roofs or the purchase of bicycle ambulances … The forest repairs the waterpumps and people can save the money they would have spent on repairs. It’s an additional income but it’s also a financial safeguard.”

Rosby Mthinda, who has worked with Dohse for more than a decade and now trains collectors in her role as field assistant, says the baobab trade is paying dividends for people and the environment.

“When suppliers sell the product to us, they receive the money at once, and that means they can budget and buy food or clothes,” she says. “They see the difference. When you depend only on farming and there are droughts, it’s difficult. Those who depend on the rain often suffer a lot.”

Mthinda also tells the collectors to take care of the trees and plants around the baobabs – “you never know the plants that will be valuable tomorrow”.

That is what Dohse is depending on. In addition to producing powder from baobab pulp and cosmetic oil from its seeds at the former tobacco-drying warehouse that serves as TreeCrops’ factory and headquarters, the company is looking to broaden its portfolio to include 15 or 20 different African plants. 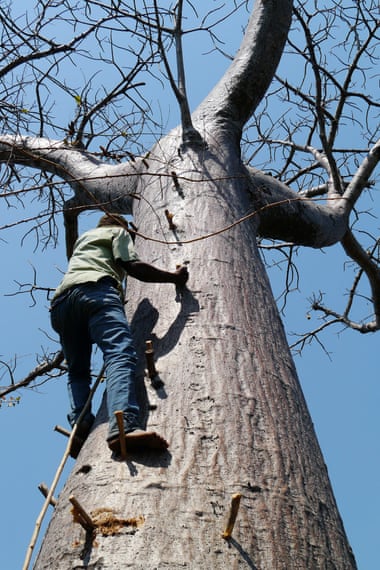 George Chisale, who lives in Mangochi, southern Malawi, scales a baobab tree to harvest its fruit. Photograph by Sam Jones – The Guardian

For the time being, though, its success will rest on the world’s appetite for the creamy-coloured fruit of the baobab.

PhytoTrade Africa, a non-profit, membership-based trade association that works to alleviate poverty and protect biodiversity in southern Africa, believes that the baobab’s time has come.

Henry Johnson, the association’s UK market development manager, says demand for baobab powder in the UK is moving beyond the health food sector into the realm of mainstream retailers, while members are reporting growing interest from the US, Latin America, Asia and Australia.

“There’s a tipping point in the lifecycle of a successful product where it moves from niche markets into mainstream consumer recognition,” says Johnson. “We believe baobab fruit powder has reached that point.”

A few weeks ago, he adds, a colleague was sitting on a plane next to a member of the British rowing team. “When he mentioned baobab, the team member was completely familiar with its attributes as a ‘superfruit’. Two years ago, that same person would probably have asked how baobab was spelt.”

Despite the optimism, Dohse knows that baobab will never be a cash crop to rival the tobacco on which one of Africa’s poorest countries depends.

“What we’re trying to do here is slow down the deforestation rate,” he says. “It will certainly not be a goldmine – never, ever. I was asked by a German politician whether it had the capacity to replace tobacco. I said, ‘Clearly no, for two reasons: first, it will never be as big as tobacco, and second, you don’t want it to replace tobacco; you want it to be additional to tobacco’.”

However, Dohse is quietly confident that Malawi’s forests – if they survive – could yet yield any number of nutritional and medicinal wonders. “If you go against nature, you can only lose,” he says. “But if you work with it, you just might win.”

Baobab seed oilcake has been proven to be a potential low-cost protein source for various livestock diets in Africa. Prince Chisoro, a doctoral animal science student at the University of Fort Hare’s department of livestock and pasture, in his research paper titled, ‘Baobab seeds in livestock diets’, cites studies that have shown that baobab seed meal can be incorporated into livestock diets without significant detrimental effect on performance and meat quality. Read more.. 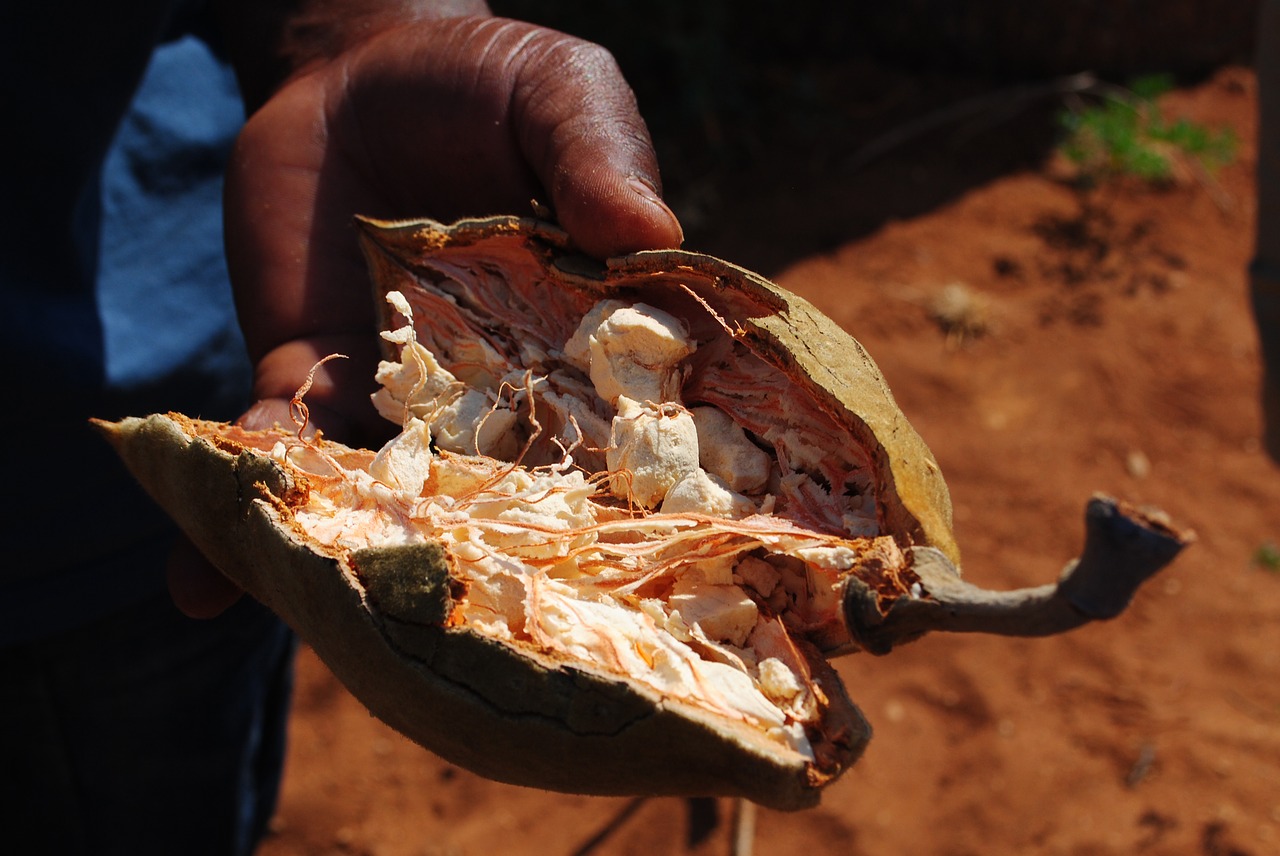 About 1,000 women in the village of Muswodi Dipeni, in the northern province of Limpopo, earn a living by harvesting the furry, hard-shelled baobab fruit pods. The seeds and the chalky powder inside the pods have become a global health craze celebrated for their vitamin-packed properties and now used in everything from flavoured soda, ice cream and chocolate to gin and cosmetics.

Baobab Stories – About the African Baobab

EcoProducts is a company based in Limpopo Province, South Africa. Since 2006, EcoProducts has led the way in the development and supply of baobab oil and baobab powder to the manufacturing and retail sectors. The company has developed expertise in wild harvesting protocols, rural community supply chains, track and trace systems and baobab fruit processing technology.

Baobab – How to Make Baobab Powder At Home 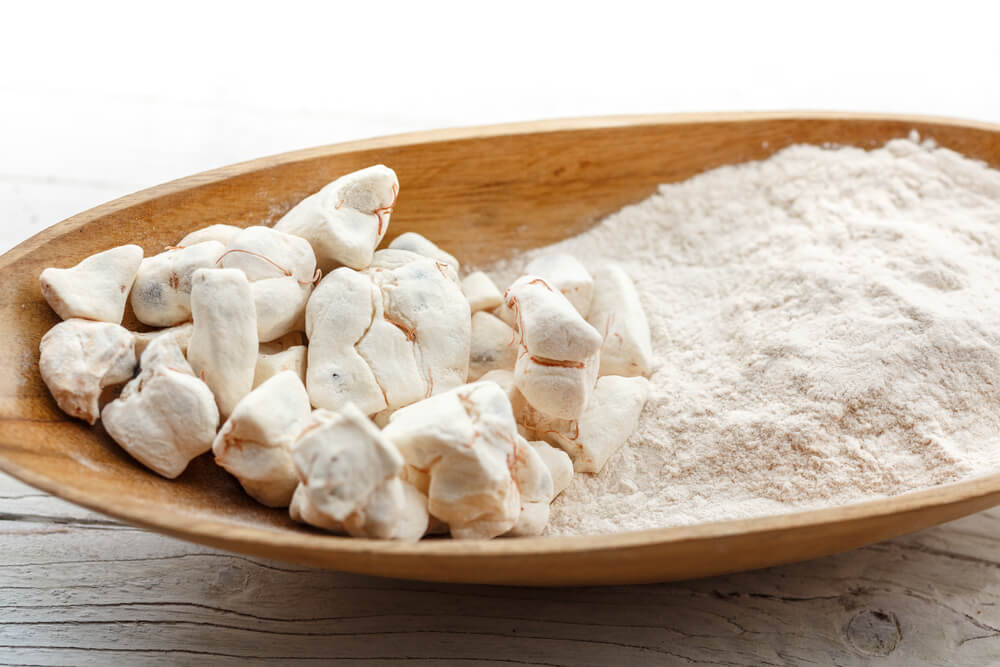 Baobab, the super fruit from the tree of life (or upside down tree) that has reigned as a life giver possessing life giving and medicinal qualities with some that are 2500 years old.  Unfortunately, in large parts of Africa the baobab tree is struggling with worrying rates of decline linked to climate change.  This decline is even more significant as these trees as notoriously resilient.  After Maria, these stood tall and untouched.